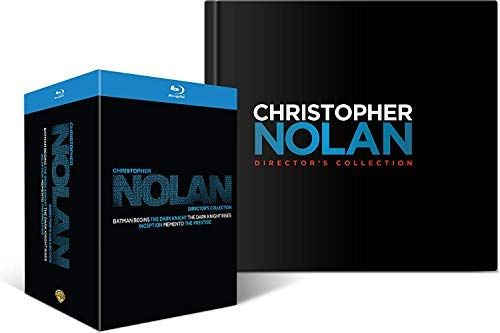 The Batmobile- Witness all five Batmobiles together for the first time in history. Dive deep into every aspect of the most awe-inspiring pinnacle of technology as the most awe-inspiring weapon in Birth and evolution of this technological marvel and cultural icon.
The Prologue: High-Altitude Hijacking- Production - Ending the Knight- See how Christopher Nolan and his filmmaking team staged the film's high-flying opening sequence
Return to the Batcave- Production - Witness the reconstruction of the Batcave with time-lapse photography
Beneath Gotham- Director Christopher Nolan and the production designers discuss the design and build of Bane's lair.
The Bat Pod - Director Christopher Nolan gives Batman a new mode of transportation in The Dark Knight Rises.
Batman vs Bane- The filmmakers and actors reveal how they planned and shot the epic fight sequence between Batman and Bane.
Armory Accepted- See how special effects and a miniature unit were used to simulate the demolition drop of the Tumbler through the ceiling
Gameday Destruction -The filmmakers describe the production plan that went into executing the jaw-dropping demolition sequence at Gotham Stadium
Demolishing a City Street- Learn how a series of practical special effects were used to simulate the complete destruction of a city street
The Pit -The filmmakers explain the design and construction of two giant, vertical sets: the underground prison and the well
The Chant- Christopher Nolan and Hans Zimmer discuss the creation of the chant that formed the basis of the score's
The War on Wall Street- Get a glimpse behind the coordination and production of the epic battle for Gotham City
Race to the Reactor - Watch how the filmmakers orchestrated the film's climactic chase sequence with multiple Tumblers and the Batpod
The Journey of The Dark Knight- Get insight into story and thematic choices that structured the final chapter of Bruce Wayne's journey as Batman. Supported by interviews with CN, Jonah Nolan, David Goyer
Gotham's Reckoning- The filmmakers reflect on their reinvention of Bane and all the elements that went into making him Batman's most lethal and his wardrobe.
A Girls Gotta Eat- The filmmakers discuss the challenge of bringing an iconic character to life, detailing the acting choices, fashion, training and her tactical-ego of Catwoman.
Shadows & Light in Large Format- Discover the philosophy and methodology of capturing The Dark Knight Rises on the grand canvas of ImaxTM film.
The End of A Legend- The filmmakers give their final thoughts on working on The Dark Knight Rises and what it was like to be a part of.
Trailer Archive
PostTweetShare Share with WhatsApp Share with Messenger
Community Updates
Amazon DealsAmazon discount code
New Comment Subscribe Save for later
Top comments
13th Feb
Inception - 2 Disc
Memento - 1 Disc
The Prestige - 1 Disc
Batman Begins - 1 Disc
The Dark Knight - 2 Discs
The Dark Knight Rises - 2 Discs

‌
14th Feb
Watched The Prestige a few weeks back, that tends to get overlooked with all the other films Christopher Nolan has done, it’s so good.
18th Feb

Does it get overlooked? It’s an absolute classic!