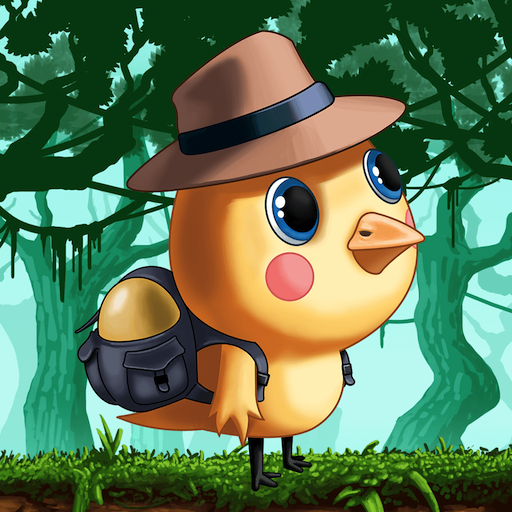 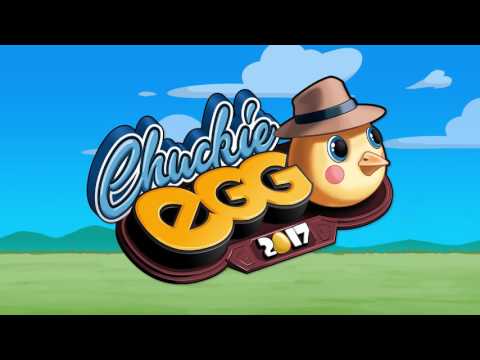 Join Harry, the intrepid explorer, as he searches for and collects hundreds of golden eggs spread across over thirty levels plus some hidden extras.

Your fingers will be tapping as you guide Harry from level to level, grabbing every last egg along the way (and maybe munching some bird seed too!).

But, watch out! Bertha -- the naughty bird and Harry's arch enemy -- is not going to stop until she’s put an end to his egg-hunting antics! Her dopey ostriches wandering each level may be slow, but if Harry gets cornered, it could be Game Over!

Inspired by the 1983 game of the same name, Chuckie Egg 2017 HD is a thoroughly modern take on retro-style platform action, with vibrant art, modern controls, and music that will have you humming away while you play.

It’s going to be an egg-splosive adventure, so get your fast fingers at the ready!

Hatch a plan to beat the game and don’t get too hard boiled or you may end up being scrambled!

- 25 main game levels plus 2 hidden extras
- Included "Mountain Madness" add-on with 6 new levels, new art, music and more
- Tutorial level to help you practice and learn the controls
- Normal and Hard difficulty modes
- Auto-complete option allows you to play any level in any order
- High definition art is ideal for the latest devices such as Pixel 2/3
- Eight different stereo music tracks
- Nine Game Center Achievements
- No Ads, no IAPs, and no ad tracking!

Not sure if you want to buy? Try out our new special edition Android only game, Chuckie Egg 2017: Let's Play. It's totally free!

Like Chuckie Egg 2017 on mobile, but prefer keyboards or controllers? Try the PC and Mac version, available on Steam!
PostTweetShare Share with WhatsApp Share with Messenger
Community Updates
Google Play DealsGoogle Play voucher
New Comment SubscribeSave for later
Top comments
23rd Mar
I remember playing this in the 80s
23rd Mar
Use to play on my amiga 1200 also still got a couple of Amiga 1200 in the loft may even still have chuckie egg game as well.
Loved Cannon fodder as well.
23rd Mar

Had it on Dragon 32 LOL (Had Tandy Color computer 16k too but upgraded to Dragon! - used similar software I believe)
63 Comments
23rd Mar
I remember playing this in the 80s
23rd Mar
Never played the original but I did play number 2 or at least I think it was the second one it’s the one where you had to get the bone for the dog at the start.

thanks op will give this a download and try it
23rd Mar
£1.99 in-app purchase required to unlock levels on ios, or watch an advert to unlock next level.
Edited by: "Number6" 23rd Mar
23rd Mar

Download the HD version which is ad free and currently free for limited time.
23rd Mar

Apologies, my bad I was rushing and added the wrong link, updated now.
23rd Mar

Apologies, my bad I was rushing and added the wrong link, updated now.

Had it on Dragon 32 LOL (Had Tandy Color computer 16k too but upgraded to Dragon! - used similar software I believe)
23rd Mar
Now there's a blast from the past!!
23rd Mar
This was one of my favourite platformers on the BBC micro back in 1984! I really liked the fact that your character was quite resilient and could survive long falls, many games around that time were very unforgiving in that respect.
Edited by: "Tyutchev" 23rd Mar
23rd Mar
Ahhh, the memories, all those fart noises as he ran over the eggs
23rd Mar
Oh how my life is now complete, played this when I was knee high to a grasshopper
23rd Mar
Use to play on my amiga 1200 also still got a couple of Amiga 1200 in the loft may even still have chuckie egg game as well.
Loved Cannon fodder as well.
24th Mar
Great find!
24th Mar
Heat
24th Mar
So many great comments on this thread, thumbs up my good people
24th Mar
what's happened to the main character?
sure it was a farmer before.

the quick frantic gameplay and the floaty jumping made it a classic......bit scared of why the fella is now turned into a chick!!
but will give a go THANKS
24th Mar
Oh my giddy Aunt I remember playing this game on the ZX Spectrum
24th Mar

Indeed. Wasted far too many hours playing this on my BBC B back in the day, my sister even moreso. Saw it on various other systems but like Elite always seemed to be best on the Beeb.
24th Mar
If you loved the original then get ready for a whole world of disappointment; this is nothing like the original.
24th Mar

suspected as much
24th Mar
I remember playing the original on at least 3 systems including CBM64 and BBC but none could touch the charm of the original ZX Spectrum version.
24th Mar
The MSX version was the best of the 8-bit versions that I recall. It was great.
24th Mar
I played this on my acorn electron 35 years ago
24th Mar
Looks like Joust with ladders.
24th Mar
I think I've still got the original tape!!! Hoarder? Moi ?
24th Mar

Chuckie Egg was a firm favourite of mine back on the ZX Spectrum back in the 80s. I can't remember how many hours I wasted getting chased by ostriches and a giant goose. Sadly, I decided to look up some of the old games on some emulation websites at one point and I realised that they belong in your memories, you imagine them a lot better than they were.
24th Mar
Spent many happy hours playing this back in the 80’s!!! Thanks for the trip down memory lane OP!
24th Mar
Used to love this game on my old speccy - heat 🔥
24th Mar
Chuckie Egg? WTF!! Blast from the past.
24th Mar
Unplayable with on screen controls!
24th Mar
thank you!
24th Mar
Great find! Would love a version of 'Frak!' to play on my iPhone ;-)
24th Mar
Right up my 48k tree
24th Mar
Gameplay is horrible on this (on my OnePlus 6).....uninstalled after 10 mins
24th Mar

Unplayable with on screen controls!

War has never been so much fun.
24th Mar
I want sensible soccer
24th Mar

Me too, remember when it came out.
24th Mar
Thanks op, will entertain my son while im at work.