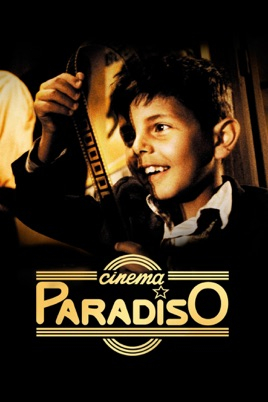 Winner of the Best Foreign Language Film at the Oscars, Cinema Paradiso tells the story of Salvatore, a successful film director, returning to his native Sicilian village for the funeral of his old friend Alfredo. He was the projectionist at the local Cinema Paradiso where Salvatore spent the happiest times of his childhood and developed his love of film. To the fatherless young boy Alfredo became a father figure who guided and loved him. His return also brings back poignant memories of his teenage love, Elena, whom he had to leave in order to pursue his dream.
PostTweetShare Share with WhatsApp Share with Messenger
Community Updates
ITunes Store DealsITunes Store voucher
If you click through or buy, retailers may pay hotukdeals some money, but this never affects which deals get posted. Find more info in our FAQs and About Us page.
New Comment Subscribe Save for later
6 Comments
1st Dec 2019
Stunning film!! Have some heat
1st Dec 2019
Heat added. Shame the extended edition isn't available on iTunes too.
1st Dec 2019
Not a patch on Guest House Paradiso.
1st Dec 2019
Heat. Beautiful, funny, emotional and stunning film.
1st Dec 2019

Theatrical is better. The extended more a curiosity.
2nd Dec 2019
amazing film for those who have not watched this...heat, heat, heat