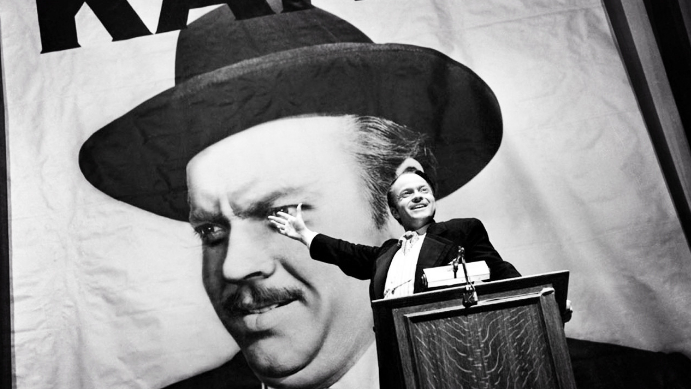 Frequently voted one of the best films ever made, Orson Welles's masterpiece tells the story of newspaper magnate Charles Foster Kane in a series of flashbacks. A reporter is intrigued by the dying Kane's last word - rosebud - and sets out to find a new angle on the life of one of the most powerful men in America. Nine Oscar nominations resulted in only one award for the outspoken Welles - Best Screenplay.
PostTweetShare Share with WhatsApp Share with Messenger
Community Updates
22nd May
Needs for majority of Uk a valid Uk tv licence £157.50
BBC.co.uk Deals
New Comment SubscribeSave for later
Top comments
22nd May

I don`t have a tv licence, how can I watch this for free?

I don`t have a tv licence, how can I watch this for free?

Visit someone who has a license.
Watch through their window to maintain distancing
22nd May
A stunning film
22nd May
How does anyone know his last word was rosebud?
22nd May
I hear this is the Citizen Kane of movies
22nd May
The last time I watched this I loved it but I was doing film and photography at the time so maybe I was going through my pretentious phase lol. We'll see.
Edited by: "Enet" 23rd May
22nd May
Good film but way overrated
Try to watch his parky interview
Engaging insight into a fascinating human
23rd May

How does anyone know his last word was rosebud?

because if you've watched the film you would know that is his last word,
guessing you already knew that.
23rd May
rosebud....
23rd May
Touch of Evil (1958) is more watchable and more enjoyable - for those who find the pace of Citizen Kane tiresome.

He also has a really good adaptation of Shakespeare - Falstaff/Chimes at Midnight.
23rd May
I think what makes this film special was his film making techniques which if I remember correctly were revolutionary at the time.
Edited by: "Enet" 23rd May
23rd May

Yes but the nurse leaves the room before he dies. There's no one left in the room with Kane, so how does the world know that rosebud is his final word? It's the massive hole in the storyline.
23rd May

Ummmm... you need to watch it to be sure!
23rd May
Best enjoyed with a Domecq Sherry or ten.
23rd May
Anyone got a spare code, pm me
23rd May

For the time it was ground breaking due to the way it was made. This was the first 'modern' film due to new editing techniques, lighting, set design (you could see the ceiling!) etc. If you are interested in the history of movies, this is a good watch.
23rd May

I hear this is the Citizen Kane of movies

The hid a Mike in his bed lol
23rd May
Has anyone ever seen the Kane from Citizen Kane...

Third Man is better if you ask me!