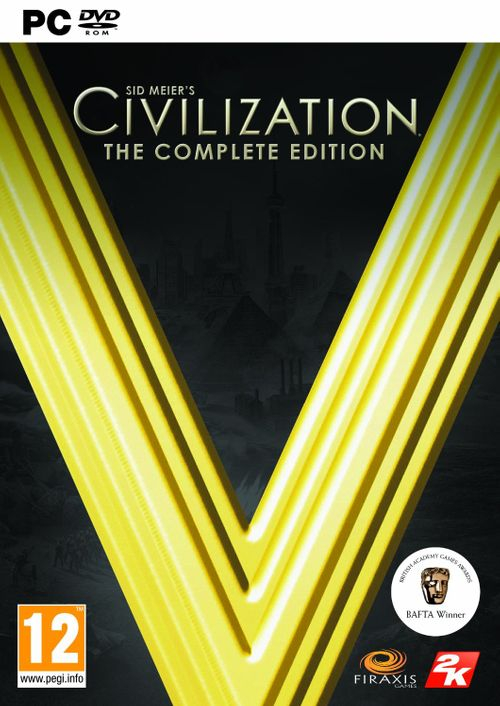 Civilization V was an iconic point in the Sid Meier's Civilization franchise. While the game received some criticisms by fans on launch, the Complete Edition, which includes the much necessary Gods & Kings and Brave New World expansion packs, both expanding on various system and adding QoL features, as well as content packs which add new maps and scenarios, is considered some of the best releases in the entire franchise who by now is over 20 years old.

If you are new to the Civilization franchise, these are 4X turn-based strategy games, where you select one of the 43 available civilizations and start a settlement in the Ancient Era (4000 BCE). You will then create units in order to expand and defend what can be a future empire as you develop and discover technologies that will help push your civilization forward.

As you find other civilizations in your world, you will be able to form alliances and make trade deals, but not every civilization will be as friendly, and soon enough you might found yourself in the middle of a war. The world won't wait for you, though, so depending on your game style and how you take on developing your civilization, kingdoms will rise and fall without your input, other civilizations will work towards their own objectives and every game will be different in Civilization V.

The game also features many ways to play: you are able to setup your ideal free-for-all match, you can play scenarios which put you in specific situations with different objectives, you can play with your friends online or through hot-seat multiplayer and it also has support to Remote Play on Tablet.
PostTweetShare Share with WhatsApp Share with Messenger
Community Updates
CDKeys DealsCDKeys voucher codes
New Comment Subscribe Save for later
4 Comments
25th Feb
Oh no...
25th Feb

Big time sink this. Could be the end of my free time.
25th Feb

Big time sink this. Could be the end of my free time.