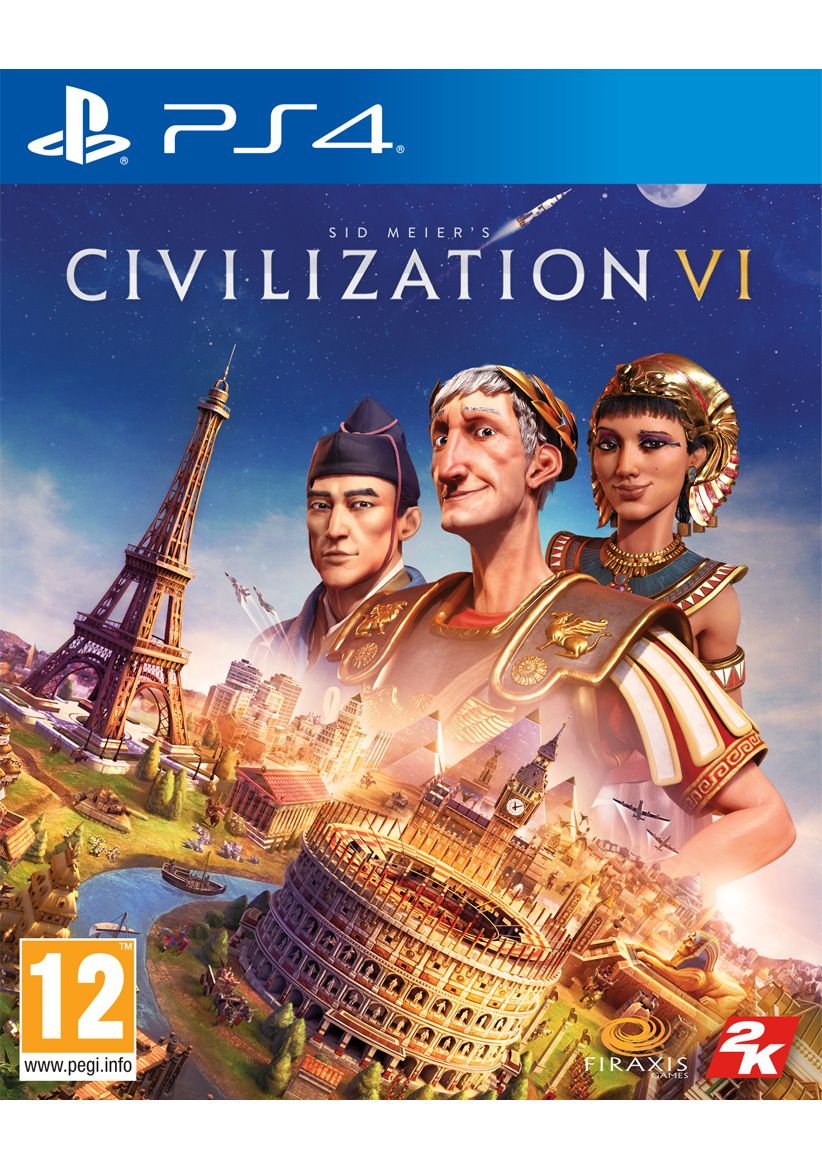 Description
Originally created by legendary game designer Sid Meier, Civilization is a turn-based strategy game in which you attempt to build an empire to stand the test of time. Explore a new land, research technology, conquer your enemies, and go head-to-head with history’s most renowned leaders as you attempt to build the greatest civilization the world has ever known.
Civilization VI for PlayStation 4 and Xbox One includes the latest game updates and improvements and four pieces of additional content which adds four new civilizations, leaders, and scenarios:

As part of a promotion with Sony, PlayStation 4 users will receive the Nubia Civilization & Scenario Pack and Khmer and Indonesia Civilization & Scenario Pack with their purchase of Civilization VI. The Nubia Civilization & Scenario Pack and Khmer and Indonesia Civilization & Scenario Pack will be available for separate purchase on Xbox One.
• PLAY YOUR WAY: The path to victory is the one you determine. Become the most scientifically advanced civilization, dominate through sheer military power, or become the foremost destination for the cultural arts.
• THE WORLD’S GREATEST LEADERS: Play as one of 24* different leaders from various countries around the world and throughout history. Build an empire of lucrative trade routes with Cleopatra of Egypt, flex the military might of your legions with Trajan of Rome, or develop a powerhouse of culture with Hojo Tokimune of Japan. Each of the leaders can be played any way you prefer, with unique abilities, units, and infrastructure in their quest for victory.
*27 total leaders for PlayStation 4 version of Civilization VI
• EXPANSIVE EMPIRES: See the marvels of your empire spread across the map. Settle in uncharted lands, improve your surroundings, build new districts, and see your cities – and your civilization – prosper
PostTweetShare Share with WhatsApp Share with Messenger
Community Updates
Simply Games DealsSimply Games voucher
New Comment Subscribe Save for later
1 Comment
22nd Jan
Out of stock and showing as 29.99