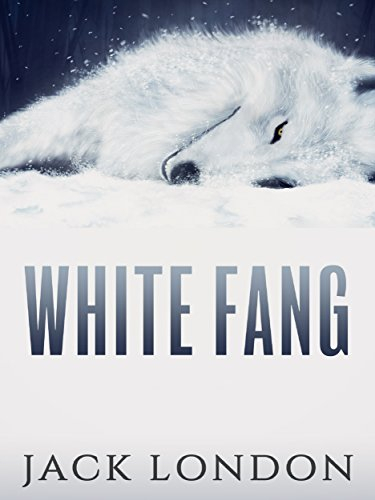 858 ratings Scores 4.4/5.
White Fang is a novel by American author Jack London (1876–1916) — and the name of the book's eponymous character, a wild wolfdog. First serialized in Outing magazine, it was published in 1906. The story takes place in Yukon Territory, Canada, during the 1890s Klondike Gold Rush and details White Fang's journey to domestication. It is a companion novel (and a thematic mirror) to London's best-known work, The Call of the Wild, which is about a kidnapped, domesticated dog embracing his wild ancestry to survive and thrive in the wild.
Much of White Fang is written from the viewpoint of the titular canine character, enabling London to explore how animals view their world and how they view humans. White Fang examines the violent world of wild animals and the equally violent world of humans. The book also explores complex themes including morality and redemption.

If anyone's interested I had an inkling this had been made into a movie, after a quick Google search I found it has, see here for info
imdb.com/tit…47/
Edited by: "luke.o.zade" 12th Feb
12th Feb
My favourite book as a 10 year old. Might be time to read it again.
13th Feb
Read this book in the Seventies when I was a nipper, along with Call of the wild and Lord of the rings. Excellent.
13th Feb
Reminds me of school holiday channel 4 TV when I was about 10, straight after Saved by the Bell...