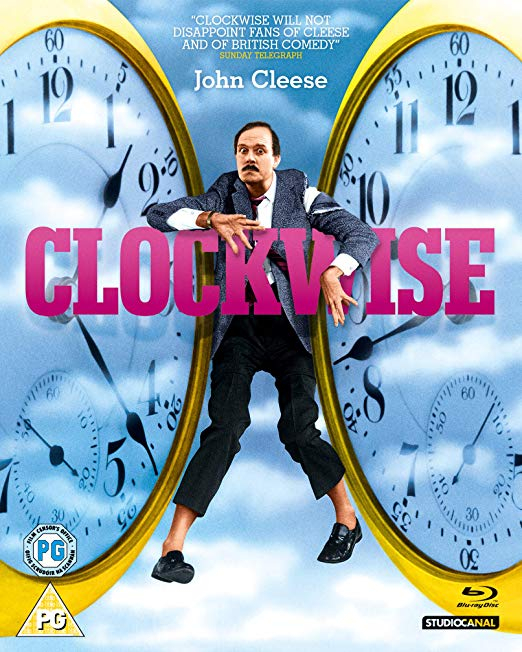 A decent blu-ray transfer and in my opinion John Cleese's best work (yes, I know he was in Fawlty Towers and Monty Python).

John Cleese, at his harried best in this hilarious British comedy, plays a school headmaster obsessed with punctuality. His best laid plans to attend a headmasters' conference go wrong when he boards the wrong train. He turns back to find alternative means of transport, hijacking one of his pupils who is taking the afternoon off school in her father's car. As the journey descends into further chaos, the head begins to lose his schoolmasterly poise.

It'll feel bit dated now but I quite enjoyed watching it years back. 80% on rotten tomatoes
26th Feb
Cheers ordered. Not been on sale before!
27th Feb
Brilliant film, only joke lost to time is the bit in the payphone which was one of the best.
I don't think anyone under 40 will appreciate the agony of finding a payphone in time of need and not being able to make a call in the days before mobile phones.
27th Feb

I still have nightmares about missdialing a number in an emergency on a rotary dial phone .
I used to wait at the local phonebox for calls from my friends when I was a teenager for privacy lol . So annoying when the time came and someone was on the phone already.
The nightmare of the very angry person as well banging on the window shouting at me.