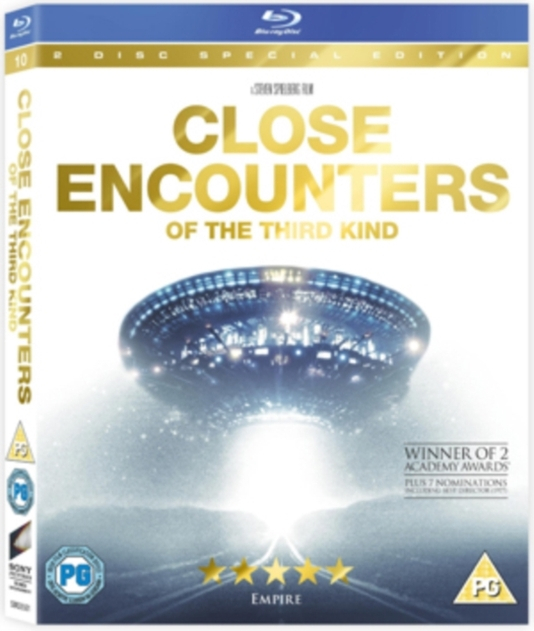 Excellent film and a great price for this 'pecial Edition.
Steven Spielberg's classic film is back now on this never-before-released Ultimate Edition Blu-ray Disc which includes all three versions of the sci-fi blockbuster. Richard Dreyfuss stars as cable worker Roy Neary, who along with several other stunned bystanders experience a close encounter of the first kind - witnessing UFOs soaring across the sky. After this life-changing event, the inexplicable vision of a strange, mountain-like formation haunts him. He becomes obsessed with discovering what it represents, much to the dismay of his wife and family. Meanwhile, bizarre occurrences are happening around the world. Government agents have close encounters of the second kind - discovering physical evidence of extraterrestrial visitors in the form of a lost fighter aircraft from World War II and a stranded military ship that disappeared decades earlier only to suddenly reappear in unusual places. Roy continues to chase his vision to a remote area where he and the agents follow the clues that have drawn them to reach a site where they will have a close encounter of the third kind - contact.
PostTweetShare Share with WhatsApp Share with Messenger
Community Updates
Base.com DealsBase.com discount code
New Comment SubscribeSave for later
13 Comments
27th Apr
Up there with Alien and Blade Runner...
27th Apr
Great classic movie this, ordered thanks ...
27th Apr

Up there with Alien and Blade Runner...

and Jack and Jill
27th Apr
Does it stand the test of time? I loved it as a kid but I don't know if it will spoil it to see it again, older, wiser, more critical and with dated effects.
27th Apr 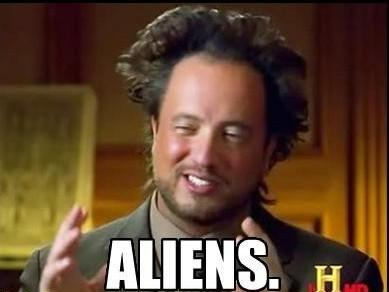 28th Apr
Great find OP! Peak Dreyfuss! Love this
28th Apr
Give it a year and the 4K version will be released then wait another year for 8k
these studios know how to play people into buying different versions of the same film
and knowing base they’ll cancel your order in a few weeks anyway
28th Apr

4K version was released ages ago.
28th Apr
This film was rubbish when it came out 40 odd years ago and it’s still rubbish today.