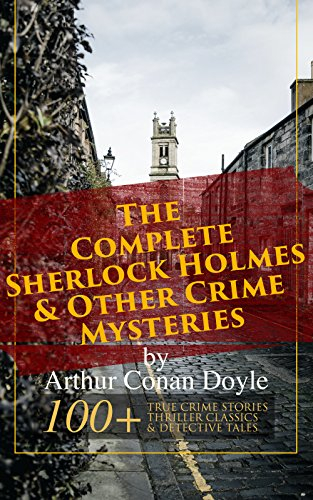 A treasure trove here for the Conan Doyle fans as all his works including the escapades of your favourite sleuth from 10 Baker Street have been put together in a single volume comprising over 3k pages. Kindle Edition is free right now.

Description
Arthur Conan Doyle (1859-1930) was a British writer best known for his detective fiction featuring the character Sherlock Holmes. He was a prolific writer whose other works include fantasy and science fiction stories, plays, romances, poetry, non-fiction and historical novels.

This carefully crafted ebook: "The Complete Sherlock Holmes & Other Crime Mysteries" is formatted for your eReader with a functional and detailed table of contents.