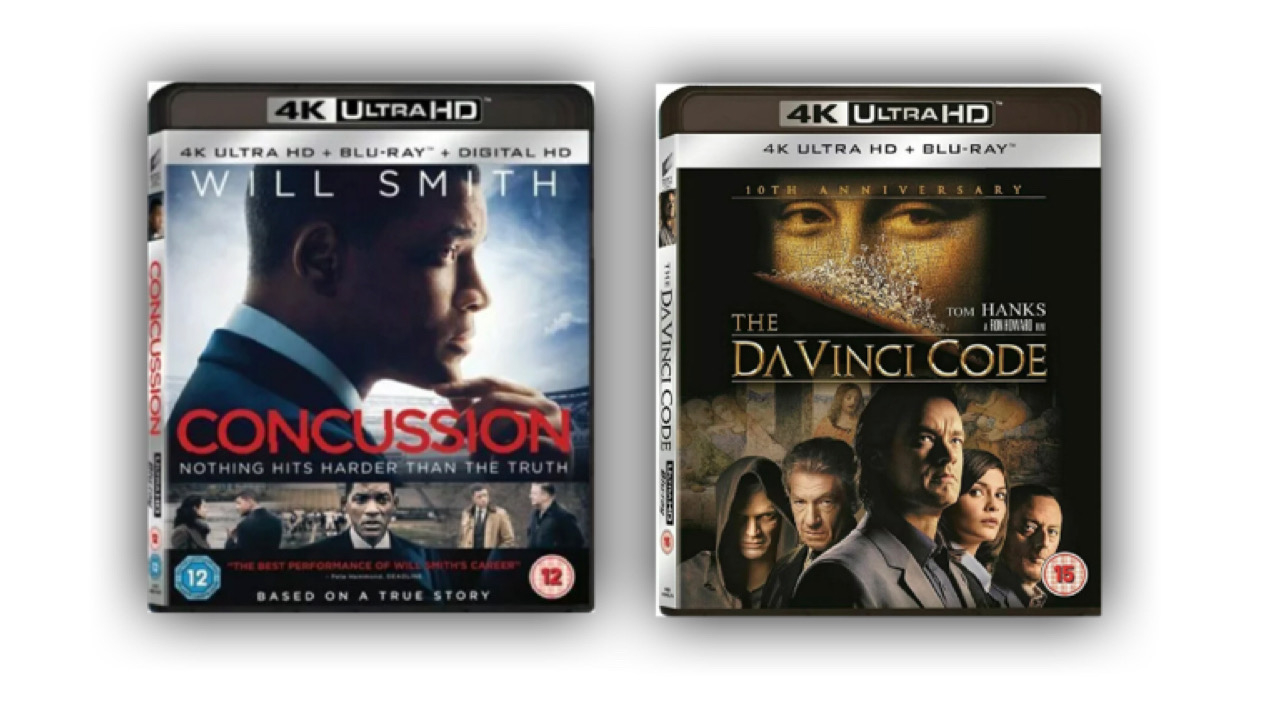 Mixed reviews for both of these but a good price for a new and sealed 4K blu ray! This is also part of a multi buy offer so if you want both of them, add both to basket and get them at £6.29 each.

Will Smith stars in Concussion, a dramatic thriller based on the incredible true David vs. Goliath story of American immigrant Dr. Bennet Omalu, the brilliant forensic neuropathologist who made the first discovery of CTE, a football-related brain trauma, in a pro player and fought for the truth to be known. Omalu’s emotional quest puts him at dangerous odds with one of the most powerful – and beloved – institutions in the world. With captivating performances by Alec Baldwin and Academy Award® nominee Albert Brooks (1987 Best Supporting Actor, Broadcast News).

Dan Brown's international bestseller comes alive in the film THE DA VINCI CODE, directed by Ron Howard with a screenplay by Akiva Goldsman. Join symbologist Robert Langdon (Tom Hanks) and cryptologist Sophie Neveu (Audrey Tautou) in their heart-racing quest to solve a bizarre murder mystery that will take them from France to England - and behind the veil of a mysterious ancient society, where they discover a secret protected since the time of Christ. -A Look Back with Tom Hanks, Ron Howards, Dan Brown and Brian Grazer - A First Look at Inferno - 17 Additional Featurettes and more!
PostTweetShare Share with WhatsApp Share with Messenger
Community Updates
EBay DealsEBay discount code
If you click through or buy, retailers may pay hotukdeals some money, but this never affects which deals get posted. Find more info in our FAQs and About Us page.
New Comment Subscribe Save for later
2 Comments
26th Nov 2019
Seems like a good price. Heat added.
26th Nov 2019
Concussion is a bargain, just paid this for a second hand copy from amazon.