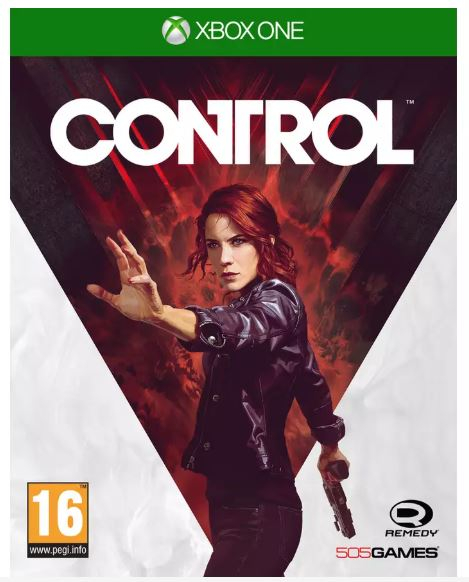 After a secretive agency in New York is invaded by an otherworldly threat, you become the new Director struggling to regain Control.

Suitable for the Xbox One.
This game is classified as certificate 16. It contains content unsuitable for persons under 16 years old. It is illegal to supply it to anyone under that age. DO NOT attempt to purchase the item if you are under 16.
From developer Remedy Entertainment, this supernatural 3rd person action-adventure will challenge you to master the combination of supernatural abilities, modifiable loadouts, and reactive environments while fighting through a deep and unpredictable world. Control is Jesse Fadens's story. The main plot focuses on her personal search for answers as she grows into the role of the Director. The world of Control has its own story, as do the allies Jesse meets along the way.

Reactive environments. Harness dynamic environmental destruction for exciting combat possibilities and master complex rituals to alter your surroundings. Reality meets the unexplainable. Dive into a dark and brutalist-inspired world where daily reality has been corrupted by an otherworldly force.
PostTweetShare Share with WhatsApp Share with Messenger
Community Updates
Argos DealsArgos discount code
New Comment Subscribe Save for later
3 Comments
3rd Apr
Would expect this to be a lot cheaper by now. Good game though, I’m using the PS now free 7 day trial to play through it.
3rd Apr
I just bought this, You're kidding me!
3rd Apr
I'd love a trial on xbox