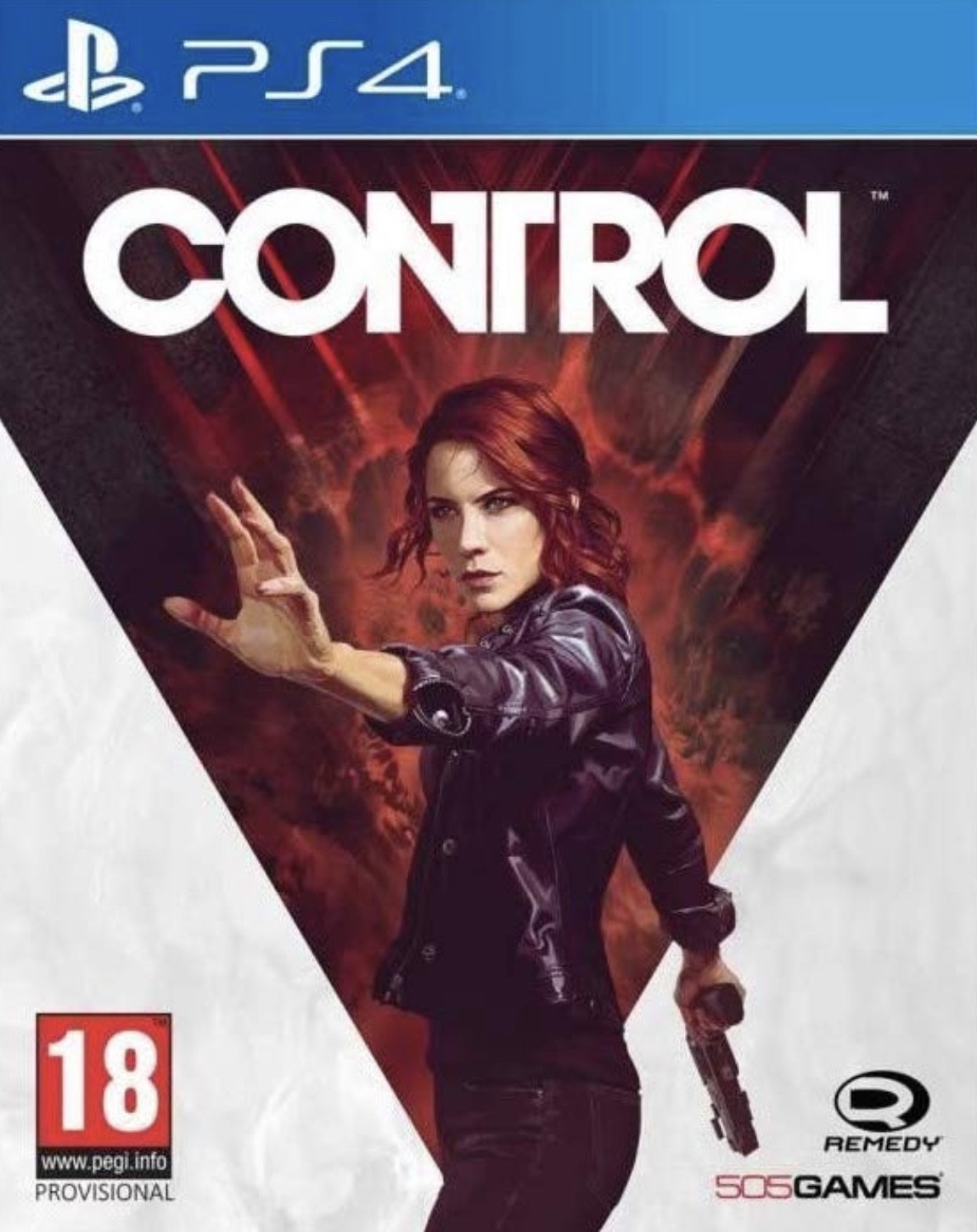 **Dutch on cover**
**Game is fully English inside**

“Used and in very good condition, not sealed”

After a secretive agency in New York is invaded by an otherworldly threat, you become the new Director struggling to regain Control. From developer Remedy Entertainment, this supernatural 3rd person action-adventure will challenge you to master the combination of supernatural abilities, modifiable loadouts, and reactive environments while fighting through a deep and unpredictable world. Control is Jesse Fadens’s story. The main plot focuses on her personal search for answers as she grows into the role of the Director. The world of Control has its own story, as do the allies Jesse meets along the way. Side-quests and Secrets are everywhere. Jesse works with other Bureau agents, decodes cryptic ciphers and discovers strange Bureau experiments.

Features:
World within a location
Flexible and Supernatural combat system
Define your playstyle by integrating supernatural abilities, upgrades, and modifiable loadouts
Reactive environments
Reality meets the unexplainable
PostTweetShare Share with WhatsApp Share with Messenger
Community Updates
EBay DealsEBay discount code
New Comment Subscribe Save for later
10 Comments
30th Jan
Bargain, fantastic game.
30th Jan
Not sure what to think with it being a Dutch copy of the game , but cant argue with the price
30th Jan
Choking to play this and Jedi, but I've been playing Assassins Creed Odyssey for ages now and I'm going to finish it dammit. On the upside they will both be dirt cheap by the time I do
30th Jan

Heard its quite short is that true and how's replay vakue?
30th Jan
Ordered them they cancelled as they said out of stock. Missed it.
30th Jan
great game and a decent length .
i got it from boomerang games and it took me a couple of weeks to do main story,
really enjoyed it.

link to reaqd before yuou start game though explaining what first seemed pointless to me but much needed info
twinfinite.net/201…do/
30th Jan
Always late for these deals
30th Jan

Heard its quite short is that true and how's replay vakue?

It's not a long game. You can complete it in about 10h if you rush and focus on the main missions, but you'd be missing so much if you did. You could easily double that time if you take your time, explore, complete side missions and absorb all the collectibles (letters, logs, videos etc). It doesn't outstay its welcome.

I completed it, got the platinum and was satisfied, didn't feel the drive to keep playing. The first expansion called Expeditions is essentially an objective-driven loot-grind horde mode. It's alright if you're into that kind of thing. Two more substantial story-driven expansions are due later this year which I'm really excited for.
30th Jan

I agree completely. Plus the gameplay is so fun that I enjoyed doing all the side missions anyway.
Edited by: "idx11" 30th Jan
30th Jan

The gameplay is incredible. The first time I used the telekinesis power I almost spaffed my pants it felt so good. And it never got old. The sound effects associated with pulling something towards you then lobbing it at an enemy are perfectly done. It's gotta be the best implementation of telekinesis I've ever seen in a game. The other powers feel great too (especially levitate and shield break) and the service weapon is a cool idea for a gun.