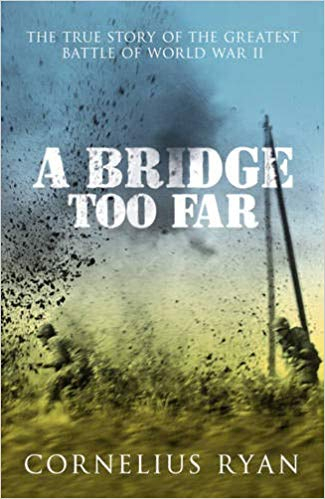 Arnhem 1944: the airborne strike for the bridges over the Rhine.

The true story of the greatest battle of World War II and the basis of the 1977 film of the same name, directed by Richard Attenborough.

The Battle of Arnhem, one of the most dramatic battles of World War II, was as daring as it was ill-fated.

It cost the Allies nearly twice as many casualties as D-Day.

This is the whole compelling story, told through the vast cast of characters involved. From Dutch civilians to British and American strategists, its scope and ambition is unparalleled, superbly recreating the terror and suspense, the heroism and tragedy of this epic operation.

'I know of no other work of literature of World War II as moving, as awesome and as accurate in its portrayal of human courage.' - General James A Gavin

Amazon UK - 4.6/5 (102 reviews)
Goodreads - 4.26/5 (16,639 ratings, 290 reviews)
PostTweetShare Share with WhatsApp Share with Messenger
Community Updates
Amazon DealsAmazon discount code
If you click through or buy, retailers may pay hotukdeals some money, but this never affects which deals get posted. Find more info in our FAQs and About Us page.
New Comment Subscribe Save for later
3 Comments
19th Sep 2019
Heat for the deal. Not sure when I would get a chance to read this mammoth of a book - but I'm sure it is worth the effort.
19th Sep 2019
Appropriate timing for the deal
Despute Ryan being inaccurate in places, it's most definitely worth a read
19th Sep 2019
I added the audiobook for an additional £4.49