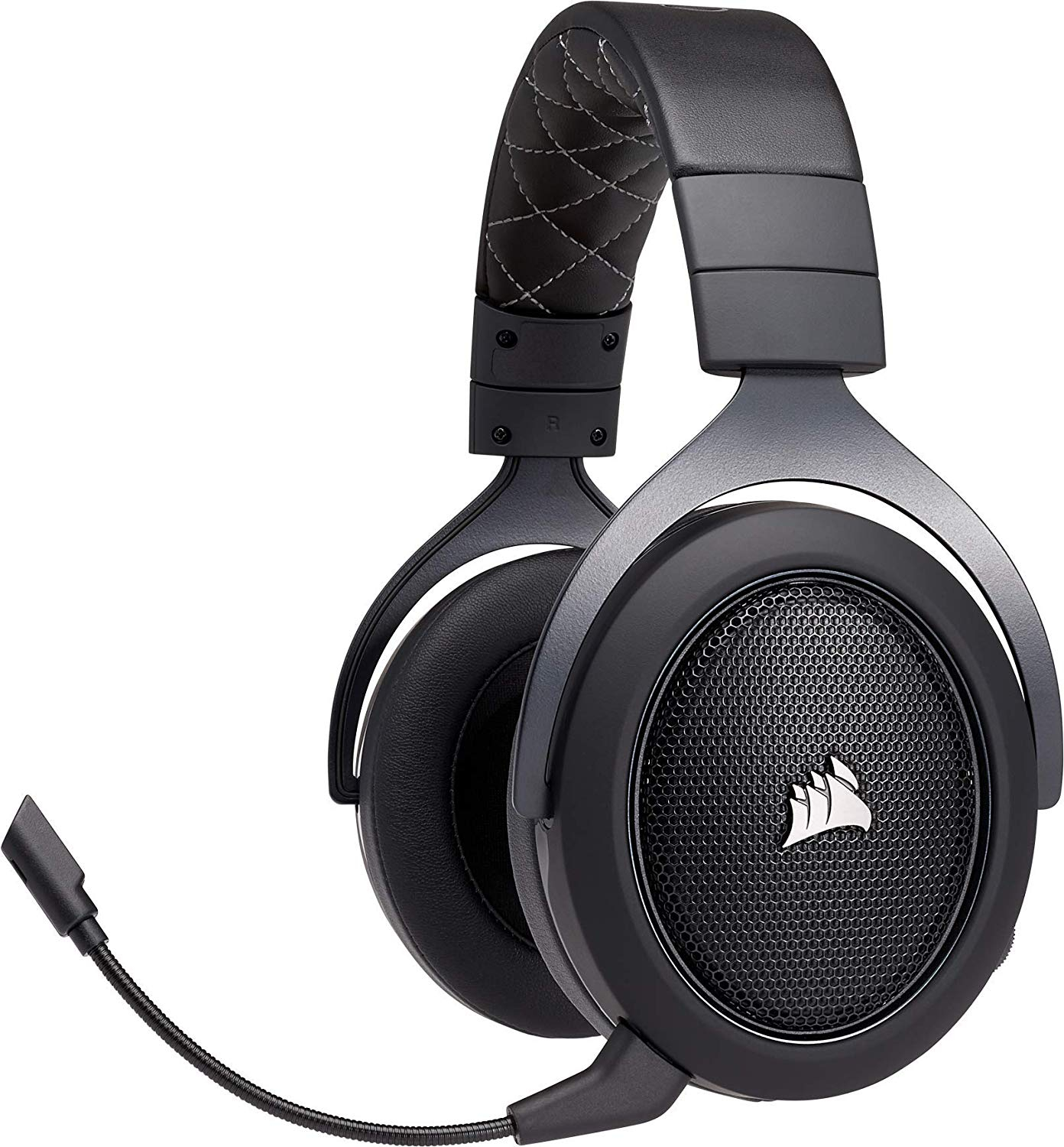 Cheapest I've seen them so far.
PostTweetShare Share with WhatsApp Share with Messenger
Community Updates
Amazon DealsAmazon discount code
If you click through or buy, retailers may pay hotukdeals some money, but this never affects which deals get posted. Find more info in our FAQs and About Us page.
New Comment Subscribe Save for later
11 Comments
22nd Nov 2019
Can't post this to the "Wireless Headset" category hotukdeals.com/tag…set‌
22nd Nov 2019
Anybody comment on these vs a more premium headset such as the Astro A50?
22nd Nov 2019

Anybody comment on these vs a more premium headset such as the Astro A50?

I tried to post this deal this morning, but it's been sat in "moderation" all day. Weird. This is a good deal though.
22nd Nov 2019
Been waiting for a wireless set at this price mark
22nd Nov 2019

Anybody comment on these vs a more premium headset such as the Astro A50?

- The mic is horrendous which is why that's since been updated on the newer wireless versions (the newer design wireless ones). The MIC picks up everything in your house including you breathing, so you end up sexpesting everyone on the receiving end,

- The volume roller is not digital its analogue, meaning when you roll it, it wont actually control the volume mixer in Windows, it just does it locally on your headset.

Note: within a matter of months my volume roller developed a dirty / scratchy sound when turning the volume up and down and if i turned the volume to MAX on mine the volume cuts out all together, so I have to set it to about 95% and then control the volume via my keyboards media keys.

- One of my ear pads has fallen off and as far as I'm aware they're NOT replaceable without doing some mod with some 3D printer to make them fit aftermarket ones. Have a look for some on ebay see if you can find some. I read that stuff about the 3d printer mod online, have a google.

- The sound on the little drivers are pretty good, not bad at all in fact.

- The wireless range is rubbish.

- Corsairs software for them is rubbish.

- The micro USB cable they supply with the headset for charging is junk and over time of plugging it in and out results in a very loose fit plug and connection.

- The MIC is detachable, meaning if you're like me and take it off to watch a movie you will find it spends most of its time down the side of the settee or armchair, I can never find the ****.

- The batteries aren't bad; nothing to right home about though.

A part from the s**t MIC, volume control, lack of a visual 'muted mic' LED, aftermarket ear-pads, poor wireless signal and zero active noise-cancellation these are okay if you want a 'decent looking' headset which is fairly robust (bar the mic and ear-pads) and sits pretty good on your head.

Also, did i mention the Corsair software works for the most part but sometimes you push the mute button for the MIC and that robotic voice that usually says MIC ON or MIC OFF sometimes doesn't work.

Sometime you press mute and it will mute the mic but wont tell you its muted and as you don't have any visual LED indication at a glance to inform you that the MIC is muted you have no way of knowing bar trying to communicate with someone or doing a MIC check.
22nd Nov 2019
Oh, mine are going back to Amazon for a refund as they are still in warranty...
22nd Nov 2019

Lol thank you. That's a hefty fault list I'll pass then and wait for a premium headset. Guess I've still got my eyes on that A50.
22nd Nov 2019

These could have been a really good affordable headset if corsair had done a better mic, volume control and made the ear-pads replaceable, if they did that everything else may have been forgiven.

They look pretty sleek to be honest and they're even sturdy but my ear-pad is currently tapped on with black electrical installation tape on one side and when im using it on the charger the micro-usb connection is so loose that it occasionally stops charging and drops out when im turning my head or doing a bit of gaming. Its not all the time but it does happen usually in combat with your mates. LOL

It was that hardwarecanucks review and his glamorous ambient lighting in his video that initially made me buy them, but like many reviewers they only test them out over a short period before giving their reviews; me on the other hand I've had mine for ages.

Another annoyance is not having a fold up or fold-away mic. I've been use to being able to fold mine up like that out the way (and that whole visual mute indications), but with this you can't even do that. The best you can do is bend it over to the left, or remove it.

I opt to remove my mic all the time and then can never remember where i left the **** and its at that point when someone usually calls me on discord, Skype or other and then i'm like **** wheres my mic?

versus.com/en/…ess
Edited by: "ukez" 22nd Nov 2019
22nd Nov 2019
don`t recommend for the ps4, they occasionally cut out for a spilt second or two and you cant check battery life etc. Great on the pc though as you have full functionality and they haven`t cut out once on there
Edited by: "Josh_millen" 22nd Nov 2019