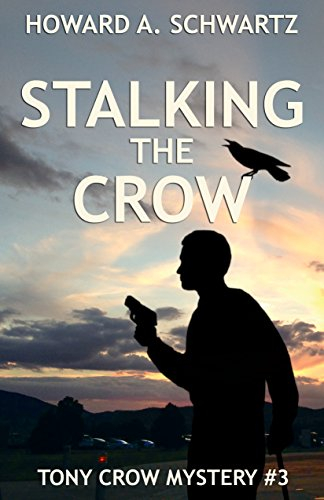 34 ratings Scores Average 4.5. Out Of 5. Normally £3.89 on Kindle currently Free.
Private investigator Tony Crow thinks it’s just another case when his former police sergeant calls him to identify a dead body. He quickly realizes it’s anything but routine, when he discovers who the victim is.

A note found on the body propels Tony into pursuit of a sadistic killer whose intent is to destroy Tony’s life. The mystery man is out for revenge and a single death won’t satisfy him. It’s not just Tony himself who is in deadly peril, but all his loved ones.

With his former colleagues on the police force as his occasional allies and sometime opponents, the tension quickly escalates as each new clue is revealed.

In Tony’s toughest case yet, he must use all his investigation skills to confront the demons of his own past and stop the killer before more lives are lost.