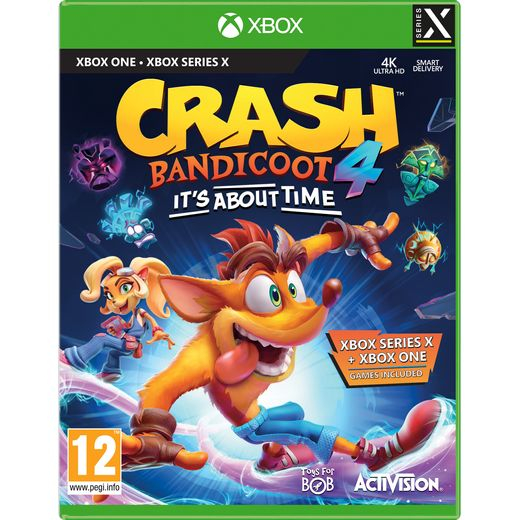 Everyone’s favourite manic marsupial is back for a fresh adventure in Crash Bandicoot 4: It’s About Time for Xbox One. Following on from the original trilogy, the villainous Cortex and N. Tropy have escaped their interdimensional prison to wreak havoc on the multiverse. You must team up with Crash, Coco and Aku Aku to gather the legendary Quantum Masks and put a stop to the devious doctors once and for all. Re-write the rules with reality-bending new powers – freeze time to gain the upper hand, flip the world upside down to solve puzzles from a different angle, and much more. With a host of new characters to play and dastardly bosses to whomp, you’re in for a wild ride.