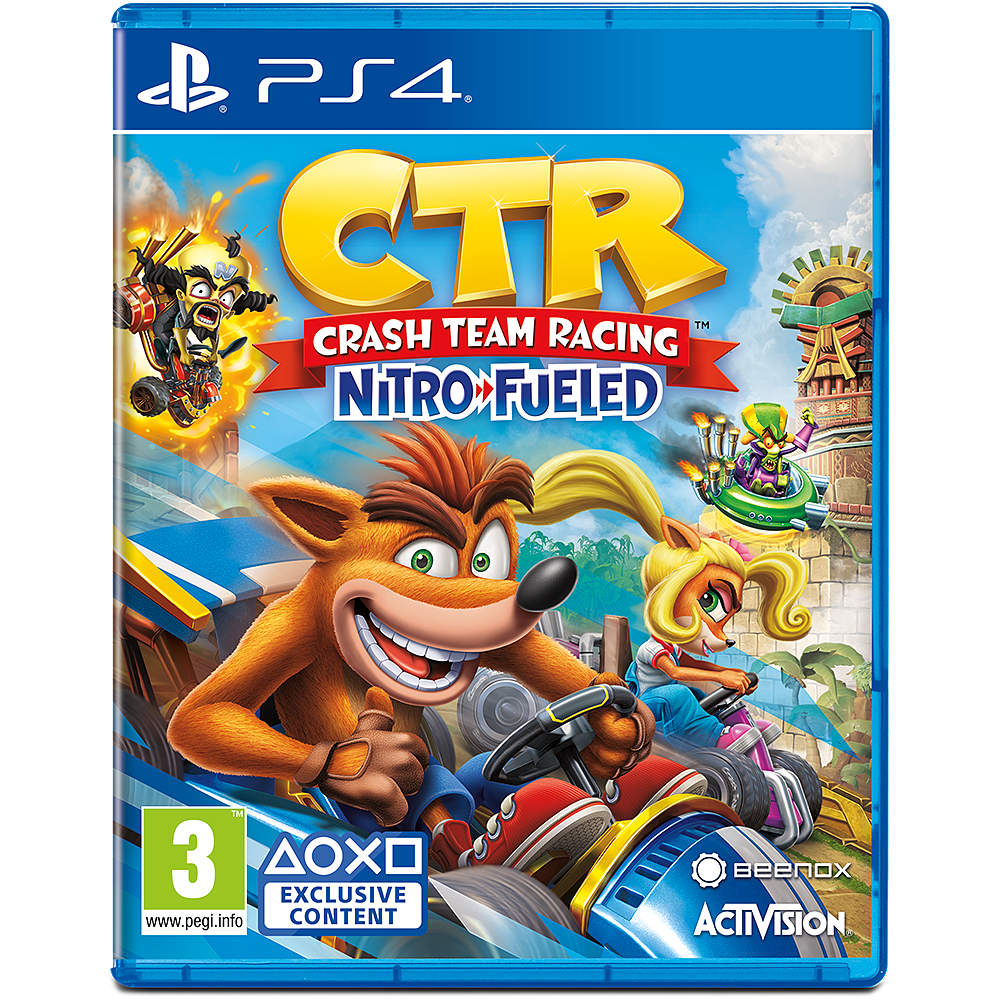 Crash is back in the driver’s seat! Get ready to go fur-throttle with Crash Team Racing Nitro-Fueled. It’s the authentic CTR experience plus a whole lot more, now fully-remastered and revved up to the max:

Start your engines with the original game modes, characters, tracks, power-ups, weapons and controls.Power slide to glory in additional karts, tracks and arenas from Crash Nitro Kart.Race online with friends and Crash the competition with online leader boards.The Grand Prix – With new seasonal content introduced to Crash Team Racing Nitro-Fueled players have many reasons to come back and play. A Grand Prix is a themed season built around a newly themed track and different game challenges. Completing each Grand Prix challenge awards Nitro that allows players to fill up their “Nitro Gauge” (XP), and earn rewards such as new characters, karts, skins and kart customization items. The track in each season can be played online or locally from that season on. But we didn’t stop there, reimagined karts and inspired tracks from Crash Tag Team Racing are also sliding their way through the Grand Prix in Crash Team Racing Nitro-Fueled! 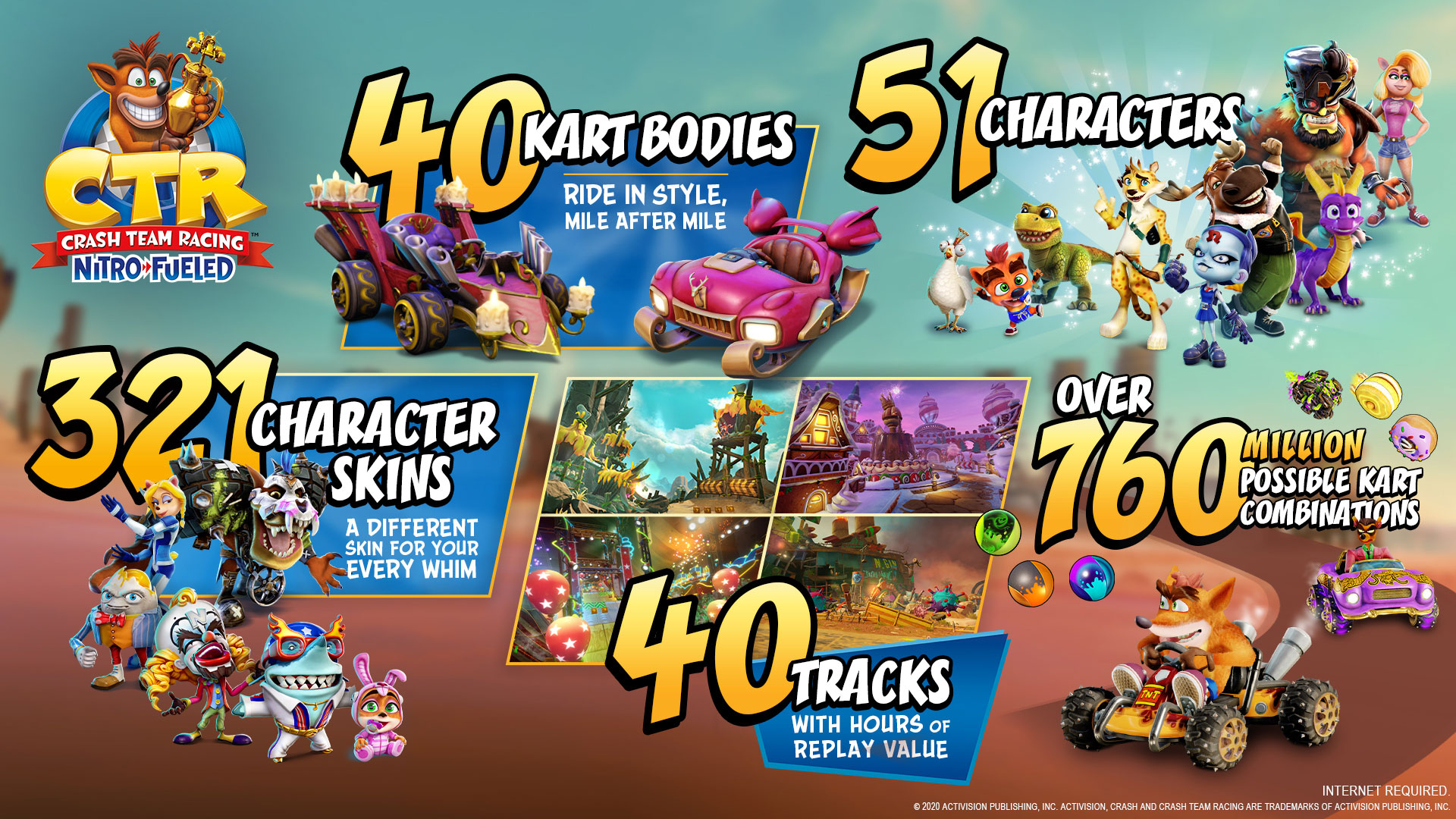 With Crash Team Racing Nitro-Fueled, the stakes are high and the competition is fierce. It's the CTR you love, now kicked into the highest gear.

PLAY EXCLUSIVE RETRO CONTENT ON PS4™
- Retro Skins for Crash, Coco & Cortex.
- Retro Karts.
- Retro Track.
PostTweetShare Share with WhatsApp Share with Messenger
Community Updates
GAME DealsGAME discount code
New Comment Subscribe Save for later
5 Comments
20th Feb
Also at Amazon too
20th Feb
Gotta love the Nintendo tax...
20th Feb
Is this worth considering when I have Mario Kart on Wii U and can’t play it online? I have an Xbox One S but not online.
20th Feb
Should mention I binge on MK so I thought I'd give this a try. Bought this for my switch yesterday, it has a TON of stuff to do unlock which is great but there's just something off with the controls and the input, it seems really clunky. Also the limited (& crap) controls schemes may put you off.
20th Feb
Awesome game! HEAT