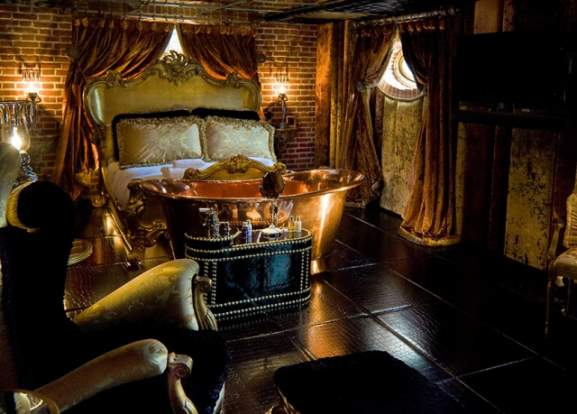 Crazy Bear Hotel Break for Two with Champagne, Three-Course Dinner and Breakfast (Up to 61% off) £250 (£125pp) with code @ Groupon

This is a seriously quirky hotel, and would make a great experience away for a couple.

A Nights stay, with a three course dinner and Champagne for you both. But that's really just the icing on the cake, as the rooms are absolutely unreal. Bespoke designs with each one carrying its own theme and character, and in the morning breakfast is included 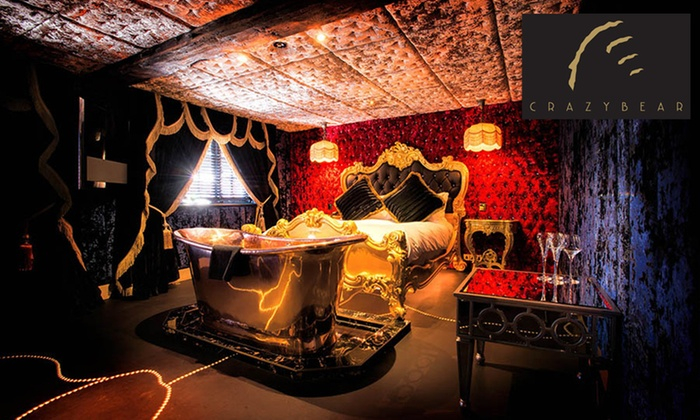 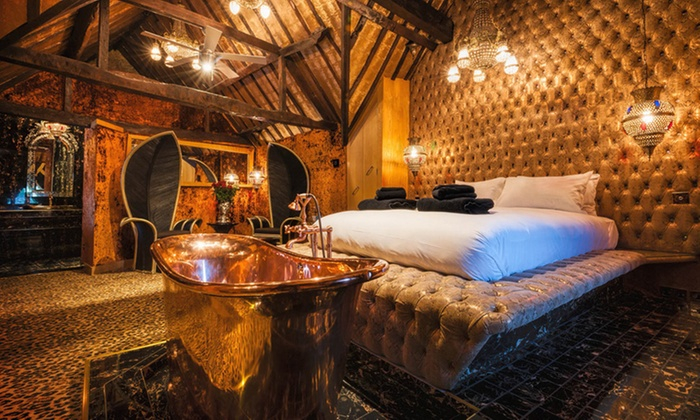 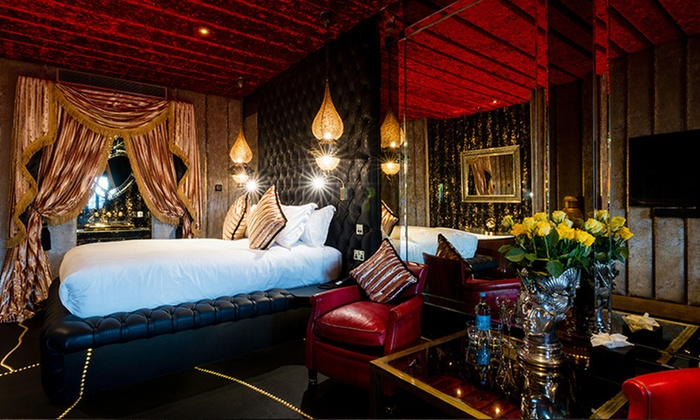 Twelve new superior rooms.The Crazy Bear Beaconsfield in Buckinghamshire is a decadent oasis of elaborate luxury situated in the centre of the beautiful, quintessentially-English Old Town Beaconsfield, just minutes from the M40 J2 and less than 30 minutes by train from London Marylebone. The oldest documented building in Beaconsfield comprises sumptuous accommodation, lavish English and Thai restaurants, two bars, four private function rooms, and a terrace with a swimming pool and Jacuzzi. Conde Nast Hot List for one of the best new hotels in the world.


The Crazy Bear Stadhampton in Oxfordshire is a unique boutique hotel with flamboyant character set in 80 acres and surrounded by rural Oxfordshire countryside, just 15 minutes from Oxford and less than 40 miles from London. The ‘original’ Crazy Bear comprises eclectic accommodation, award-winning English and Thai restaurants, two bars, four private function rooms, abundant gardens and terraces, and is home to The Crazy Bear Farm and Farm Shop. The Sunday Times Top Ten British Hotels.
PostTweetShare Share with WhatsApp Share with Messenger
Community Updates
Groupon DealsGroupon discount code
If you click through or buy, retailers may pay hotukdeals some money, but this never affects which deals get posted. Find more info in our FAQs and About Us page.
New Comment Subscribe Save for later
7 Comments
26th Mar 2019
Look at the state of that. They would have to pay me to stay in there. Looks rough!
26th Mar 2019
Are the rooms en suite, or do we need to use the woods?
26th Mar 2019

Lenny Henry would disagree
26th Mar 2019
probably meant to be the height of elegance in hotel accommodation, I'm not that much of an aficionado - Ill vote heat for the deal itself, but to me it looks like some weirdos dungeon you could catch a disease from
26th Mar 2019
Disappointed that it's just called Crazy Bear rather than them actually setting a crazy bear loose in your room if you overstay your check out time.
26th Mar 2019
Very short date to book by
26th Mar 2019
Crap reviews on Trip Advisor