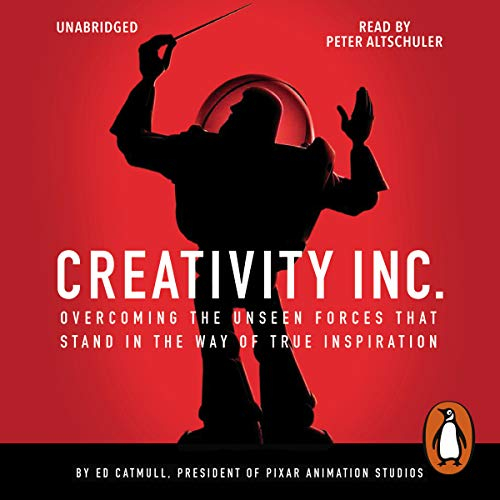 Creating my list of books to read for the year, found this one super cheap.

As a young man, Ed Catmull had a dream: to make the world’s first computer-animated movie. He nurtured that dream first as a Ph.D. student at the University of Utah, where many computer science pioneers got their start, and then forged an early partnership with George Lucas that led, indirectly, to his founding Pixar with Steve Jobs and John Lasseter in 1986. Nine years later and against all odds, Toy Story was released, changing animation forever.

(First time posting a deal so hopefully I've got this right)
PostTweetShare Share with WhatsApp Share with Messenger
Community Updates
Amazon DealsAmazon discount code
If you click through or buy, retailers may pay hotukdeals some money, but this never affects which deals get posted. Find more info in our FAQs and About Us page.
New Comment Subscribe Save for later
2 Comments
2nd Jan
really good read, well worth it at rrp.
2nd Jan
This book is fantastic.
If you're interested in Pixar, or are in a creative field yourself, this is a must read.