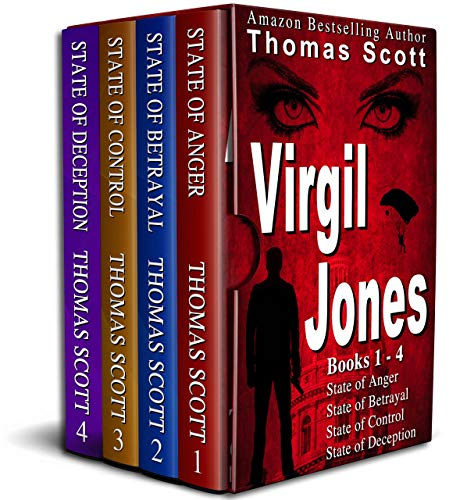 Save £9.18 On Buying These Separately. 36 ratings Scores Average 4.7 Out Of 5. Four Unputdownable Full-Length Novels From The Master of Mystery & Suspense!


This Mystery Thriller Box Set Collection features books 1 through 4 of the Virgil Jones mystery thriller & suspense series, State Of Anger, State of Betrayal, State Of Control, and State of Deception. If you love mystery novels with suspense, action, humor, a touch of romance and characters you’ll want to cheer for, then the Virgil Jones Series is for you. 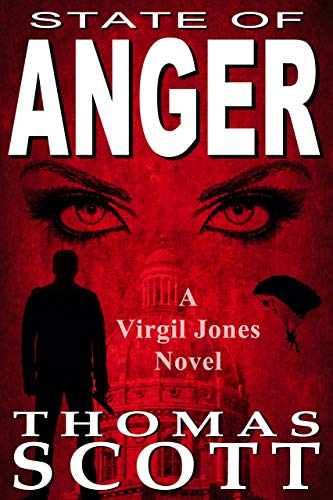 Detective Virgil Jones, leader of the Major Crimes Unit tackles the hard cases, and this time a team of serial snipers are on the loose...their civilian victims chosen at random. Or are they? With no witnesses and very little evidence, the Major Crimes Unit is ordered to find and stop the killers by any means necessary. Except when Virgil's long-lost adopted brother, a convicted felon named Murton Wheeler comes back to town, in trouble and on the run, Virgil knows it's more than just coincidence. He can't prove it...in fact, he's not even sure he wants to. As the bodies continue to mount, Virgil finds himself running out of options, knowing he has to choose where his true loyalties lie...with the people he's sworn to protect, or to the brother that left him behind when he needed him the most. But in the end Virgil discovers he never really had a choice, because the final bullet reveals a truth that will change his life forever.

STATE OF BETRAYAL (Currently £2.29 On Kindle)

Twenty years ago James Pope was shot to death in front of his twin children, Nicholas and Nichole, by a rookie cop named Virgil Jones. Now, as young adults, the Pope twins are looking for revenge against the man they hold responsible for the death of their father. Except twenty years is a long time and Virgil has a few other problems these days, the shooting of James Pope a distant memory. But when Nicholas Pope goes missing and his apartment is found covered in blood, his twin sister Nichole turns to the only person she can think of to help her, the one person who could never turn her away: Virgil Jones.

STATE OF CONTROL (Currently £2.29 On Kindle) 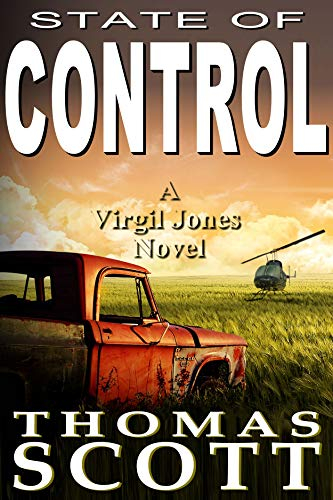 Virgil is about to discover that time isn’t as linear as it appears and events from his past are about to repeat themselves. When they do, he’ll come face to face with pure evil, forced to make the kind of choice no man should ever have to make. State of Control is a thriller that will make you marvel at the mystery of existence. Filled with Thomas Scott’s unique blend of gripping suspense, humor, action, mysticism, and authentic characters, State Of Control is a story that examines the complexities of good and evil and shows just how far one man will go to stay in control of it all.

STATE OF DECEPTION (Currently £2.29 On Kindle) 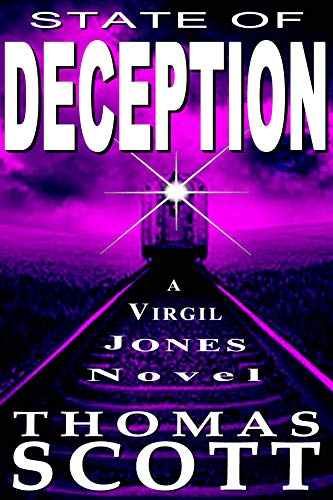 Virgil Jones is about to learn a lesson the hard way. When the ground beneath your feet begins to shift, it’s not the future you have to worry about. It’s the past. A young female student has gone missing from Indiana University in Bloomington, Indiana. Patty Doyle is a Senior with her whole life ahead of her. In the middle of wrapping up her final semester she disappears without a trace, and what begins as a missing person’s case turns into something much more. Virgil thought the murder and mystery of Shelby County was right where it belonged…in his rear-view mirror. He couldn’t have been more wrong.

Thanks as always Boz, hope you had a great Christmas

Thanks, Boz! And a Happy New Year to you!!

Must have ended, camt see how to get the books for free

Yes managed to find them thanks