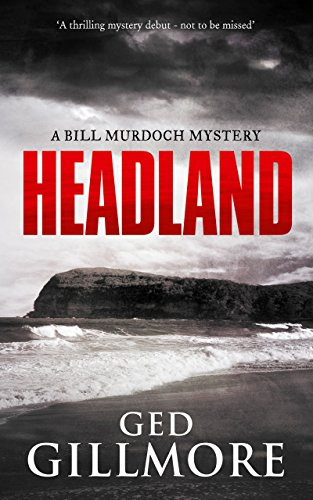 What happens when a drug dealer is forced to turn detective? Meet Bill Murdoch, the world's most-reluctant private investigator...

Murdoch’s doing just ﬁne, thanks for not asking. He’s dealing drugs for a professional crime syndicate in Sydney and saving for a house by the sea. But what does he think life is, a fairy tale?

As the syndicate puts pressure on him to fill the shoes of his murdered boss, Murdoch is cornered by an equally formidable foe: the Australian Tax Ofﬁce demanding an explanation for his sizeable cash income.

Murdoch spins a beautiful lie, telling tax inspector, Hannah Simms, he’s a private detective. When Simms asks him to investigate the mystery of her niece's disappearance, Murdoch grabs what he thinks is a golden opportunity to outrun the syndicate. But his arrival in the missing girl's small coastal home town causes an unexpected stir and the reluctant PI soon realises his troubles are only just beginning.

HEADLAND is noir crime at its best, a thriller to keep you guessing until the very end.

** THIS IS NOT THE AUSTRALIA YOU’VE SEEN ADVERTISED **

HEADLAND is the first book in the Bill Murdoch Mystery series. Set in Sydney, and small town Australia, this series will appeal to fans of Peter Temple, Jane Harper, Garry Disher and Peter Corris. Followers of Mick Herron, Jay Stringer, Ragnar Jonasson and Erik Hamre will get a kick out of the Murdoch Mysteries too.

"A lot of the success of HEADLAND is down to the character of Bill Murdoch. Dry as a chip, determined, understandably daft at times, he's a survivor first and foremost, but a decent bloke all the same. There's nuance and substance to everyone in this book...this is an extremely promising Australian thriller, PI noir debut" -- AustCrime

"As the story progresses, we see Murdoch's attitude change from reluctant PI to one that is desperate to get to the bottom of the missing girl case he is working on. This transformation of Murdoch was superb to witness, as he moved from a prickly personality to a really good hearted guy. Filled with action from start to finish, we get fisticuffs, car chases and gun fights aplenty as Murdoch gradually gets to the bottom of the case. He's a guy that is more than capable of handling himself in tough situations and is now on my list of favourite PI's!" -- BookieWookie

Bad-boy-turned-local-hero, Bill Murdoch, is back to solve more murder mysteries in the sequels CLASS ACT, and BASE NATURE. Out now!

“I thoroughly enjoyed this book, the style and atmosphere reminding me of Ian Rankin and Rebus even though Murdoch is from the other side of the law...”

“Excellent. Couldn’t put it down. Well written, with great characters and plot.”

“One of those books that you just have to keep reading. Buy it - read it - well worth it”

“Headland's plot is one that will have you clambering for more. Read this now.”