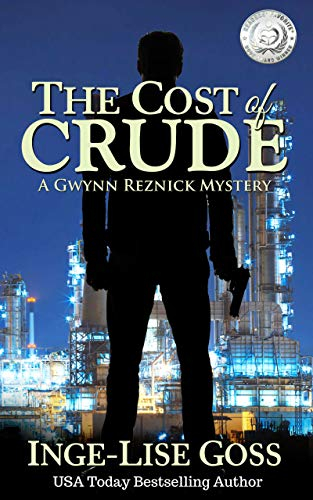 A Gwynn Reznick Mystery from a USA TODAY Bestselling Author.

A Down And Dirty Look At Big Oil...

Gwynn Reznick's life is shattered when her best friend and co-worker at Wilton Oil & Gas Company dies in a car crash. She doubts it was an accident. Her suspicion is confirmed when a private investigator, Ruben Dordi, shows up at her door. His team has discovered a trail of unusual deaths and disappearances among Wilton employees.

To make matters worse, Gwynn is under constant surveillance by those responsible for her friend's death. But that doesn't deter her from getting involved in the investigation. Danger lurks in every corner of the Wilton Tower. One false move could turn a risky situation into a death trap.

As the investigation team digs deeper, they begin to unravel a sinister plot that threatens a catastrophic pipeline disaster. The story follows Gwynn as she delves deeper into the macabre machinations of people who are willing to kill for dollars, and in the process she learns things about herself that she’d never known.

Say "no" to Amazon spam-bot accounts on here. Rise up and fight the influx of robo-spam

Can’t comment on other accounts but I am certainly not a spam-bot. I’ve been a member of HUKD for over ten years as you can see. I spend a lot of time trying to find well-reviewed books and other deals that I think others might appreciate and enjoy.

Perhaps you could try listing one too rather than trolling others...over four years here and not one deal from you...
8th Oct

He posted the same comment on a free book I found too, I guess that makes me a Bezos robot.
8th Oct

Maybe it’s time you became sentient...still waiting for your first deal..
8th Oct
I appreciate all of your deals Planetp! 🔥