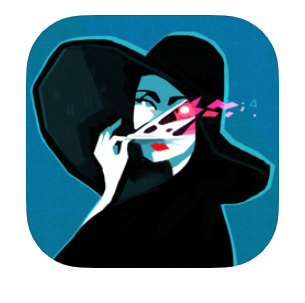 Hi, first post here. I'm sorry for messing the price but I'm from Spain and couldn't find the price in pounds but I think it's 1.99. The original price, for spanish app store was 7.99€.

Cultist Simulator is a very frustrating but entertaining game. I've been playing a lot of it on Steam but I want to be frustrated everywhere I go.


BE WARNED. This game has no tutorial - part of the challenge is figuring out how to play. It's hard, but keep trying, and you'll master it. Good luck!


In this infamous **roguelike narrative card game**, play as a seeker after unholy mysteries in a 1920s-themed setting of **hidden gods and secret histories**. Become a scholar of the unseen arts. Craft tools and summon spirits. Indoctrinate innocents.

Seize your place as the herald of a new age.

This award-winning game was first released on PC and has more than 200,000 players all over the world. Now

we’re bringing the cosmic mysteries of Cultist Simulator to mobile.

**• Challenging roguelike gameplay** - *There is never only one history.*
Cultist Simulator doesn’t hold your hand.
Experiment, expire and transcend death with a story-driven legacy system. Over time you’ll learn enough to wrestle the game to its knees.
PostTweetShare Share with WhatsApp Share with Messenger
Community Updates
Apple Store DealsApple Store promo code
If you click through or buy, retailers may pay hotukdeals some money, but this never affects which deals get posted. Find more info in our FAQs and About Us page.
New Comment Subscribe Save for later