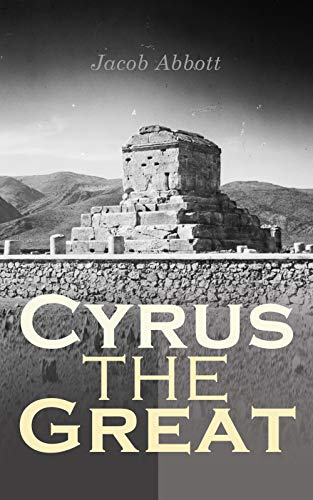 FREE£0.01Project Gutenberg Deals
7
Get deal*Get deal*
7Get deal*Get deal*
Posted 3rd JunEdited by:"abundzu"3rd Jun
Length: 171 pages
"A biography of Cyrus the Great (c. 600-530 BC), the founder of the Achaemenid Empire, the first Persian Empire. Under his rule, which lasted c. 30 years, the empire embraced all the previous civilized states of the ancient Near East, expanded vastly and eventually conquered most of Western Asia and much of Central Asia. From the Mediterranean Sea and Hellespont in the west to the Indus River in the east, Cyrus the Great created the largest empire the world had yet seen. He respected the customs and religions of the lands he conquered, which became a very successful model for centralized administration and establishing a government working to the advantage and profit of its subjects. Cyrus the Great has been known for his innovations in building projects; he further developed the technologies that he found in the conquered cultures and applied them in building the palaces of Pasargadae. He is also well recognized for his achievements in human rights, politics, and military strategy, as well as his influence on both Eastern and Western civilizations."
PostTweetShare Share with WhatsApp Share with Messenger
Community Updates
Project Gutenberg Deals
New Comment SubscribeSave for later
Top comments
3rd Jun

I would suggest : Forgotten Empire: The World of Ancient Persia 2005,by J.E. Curtis (Author), Nigel Tallis. Placed by Author for free download ; link academia.edu/380…is_
7 Comments
3rd Jun
For people interested in this period of history, the book 'Persian Fire' by Tom Holland, is excellent.

Now 49p not a massive spend just no longer free.

A new FREE link for you @ Gutenberg gutenberg.org/ebo…707
3rd Jun
4 Amazon ebook posts in a row, why not post them all together in one?
3rd Jun

4 Amazon ebook posts in a row, why not post them all together in one?

Not a bad idea! But the 4 are on diverse subjects. See the Persian Cookbook deal it's three books in one deal.
5th Jun