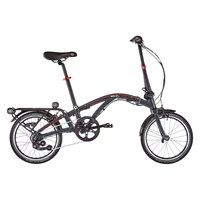 Similar to the Brompton but half the cost. The frame is definitely stiffer but the routing of the cabling is not as neat.

User SAVE10 to save another tenner

Note: this bike normally retails about £999.00 for the 2018 version (fudgescyclesonline.com/pro…url) and
(tredz.co.uk/.Da…htm)
PostTweetShare Share with WhatsApp Share with Messenger
Community Updates
Rutland Cycling DealsRutland Cycling voucher
New Comment Subscribe Save for later
17 Comments
25th Jan
These things make anyone look like Jacob Rees Mog...
25th Jan
Its a tad fugly ... think id rather be seen out with Kerry Katona !
25th Jan
To Sweeten the price, take another £10 off with SAVE10
25th Jan
Looks like it's been in a crash
25th Jan
Never understand why these are so expensive. Must be a fashion thing.
25th Jan
Seriously you can buy a car with MOT and tax then get insurance with at least 6 months run about fuel for this cost price. I would rather buy a skate board sometimes the deals are just bonkers on here
25th Jan

The straight ones are half the price as well
Must have got round Bromptons patent somehow.

I'd like to see you carry that onto the train!
26th Jan
Easy, fits in the luggage hold on the Thameslink or just between your legs just as a Brompton does
26th Jan

I'd like to see you carry that onto the train!

What a skate board I can carry that easy peasy
26th Jan
The "folds in seconds" claim is a bit of a lie having watched the video with about 10 actions required. Looks ok in a brand new clean bike but try doing it in the rain in a dark morning, you are going to end up having a meltdown and being covered in oil and mud.
26th Jan
Lots of disadvantages to this compared to the Brompton, for a start it has a very harsh riding frame as its aluminium so is overbuilt and unlike the Brompton there is no rear suspension block so with the small wheels, rigid aluminium frame and no suspension it will not be pleasant if you hit a pot-hole. The 4 speed hub gears are nowhere near as reliable as the very simple 3 speed hub and fatigue will likely mean the frame will not be that long lasting. Don't expect it to last anywhere near as long as a Brompton. It's a similar weight to the Brompton anyway so no real advantage there. The quality of manufacture on the early models was very poor although unsure if that is the case now. It's a very low quality Brompton clone.
26th Jan
Definitely some degree of truth but I'm guessing you haven't ridden both a Brompton and the Curl.

1. The suspension block also contributes to more effort on your pedaling and you do end up having to re-adjust that little more the steering
2. Both the 3 and 4 speed hubs are made by Stumey Archer.
3. The components on the Dahon is actually better and the twist shifting works better on a folding bike.
4. Any decent quality tires can cushion the rough London road. Luckily this model comes with Schwalbe Marthons which helps.

The area where the Brompton excels and where the additional cost comes from is 1) the welding/paint work and 2) the routing of the cabling. It's second to none 3) The availability of accessories is also a major plus

The Dahon (US design) is just better value but still only a bike.
27th Jan

I've not ridden either myself only seen some comparison comments on forums and reviews. I thought the suspension block only provides damping from potholes etc it shouldn't effect pedalling efficiency much and the steel main downtube has some flex unlike the Curl. The end result is the Brompton allows for more comfort where as the Curl does not and both have the tiny 16" wheels which fundamentally are not great for rider comfort.

The issue with the gears is the 3 speed hub is exceptionally reliable as its so simple and why Brompton ended up creating a 2 speed mini derailleur so they could still use the 3 speed hub. As soon as you move away from the 3 speed hub reliability and lifespan drops. The whole Brompton design philosophy is a long term bike where as in my opinion the Curl is a short term product. Lets also not forget the Curl is not cheap it normally sells at high prices comparable to the Brompton it was just a offer here that the retailer was clearing out stock of the Curl.

I personally feel the Dahon Curl is a hopeless design and massively inferior to a Brompton and I'm not saying that as Brompton user or loyalist just the fact its a crude design that has just made too many bad design choices. I don't know which factory Dahon currently use but the original factory they had chosen was very poor quality they may have moved to a better quality factory now but still feel it has achieved nothing by moving to aluminium and pricing and weight is similar to Brompton anyway normally except depreciation on the Curl is absolutely huge in comparison so in real terms the Curl costs far more. Dahon do much cheaper folding bikes which are lighter and ride much better they just don't fold as compactly and those are better choices. However I'm not really a Dahon fan, they seem overpriced generally although do have an old Bickerton bike which is actually a Dahon although not actually made by Dahon but a taiwanese manufacturer I forget the name of but was designed by Dahon. A lot of Dahon designs are just horrifically stupid and awful in my opinion it is innovation for the sake of innovation some of which are truly abysmal designs. 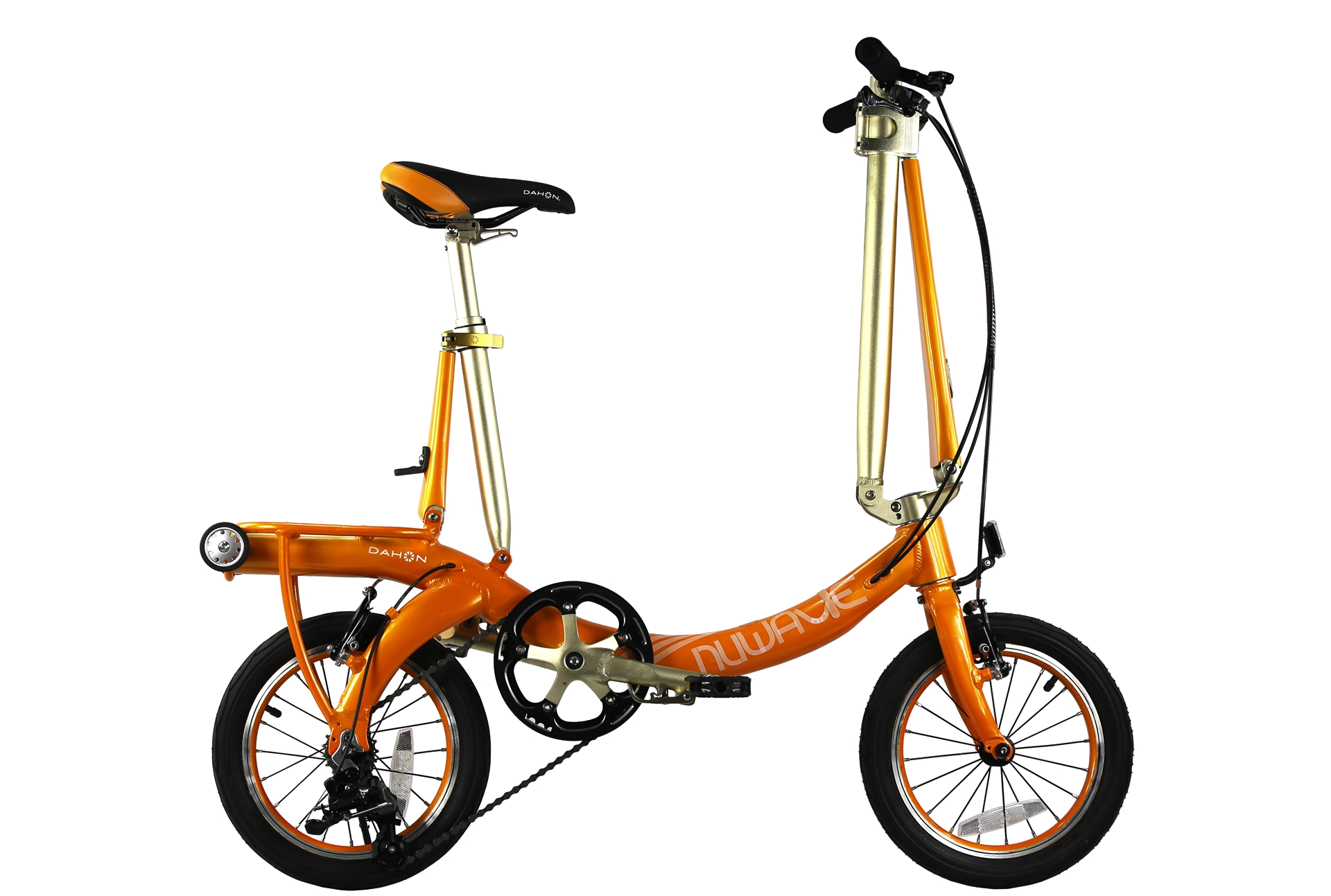 29th Jan
Brompton has definitely packaged up some great innovation like the 'Di Blasi' rear wheel fold and the 'Dahon' 45 degree handlepost fold. There have been definitely some innovation that haven't worked out for Dahon, Tern and Montague. Regarding shifters, it was only in the last couple of years that Brompton moved away from the bat ear looking shifters, to ones that are more closer to today's bikes. Before that, the shifter were just not natural to use and look like they came from the 60's movies 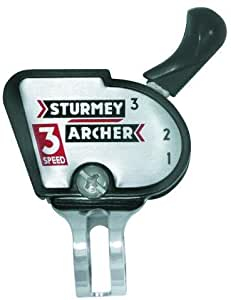 On your point on three speed Stumey Archer. Brompton actually defaulted to 3 speed because it is a decent hub and using a small range of hub reduces the cost, which is also why the 6 speed is a x2 derailleur and 3 speed hub and not something like a Shimano Nexus or Alfine. This ultimately reduces the cost of manufacture and component cost.

The great thing about Brompton is that you also have the loyal fan base, which keeps the value of the bike up. Like I said, Brompton are good travel bikes
30th Jan
Brompton use a different hinge design that allows for wear as you screw in a block, and the more worn the more you screw in to make totally secure its a completely different design to most Dahons. Even that old Sturmey archer 3 speed selector is better than twist grips because it's exact in operation and doesn't shift accidentally. I sincerely doubt that the mini-deralleur setup and extra shifter is cheaper than just putting a 4 speed or more geared hub, there is a lot more parts which also means additional labour assembling the bike. It's purely the choice for long term reliability. Remember Brompton was before Dahon.

I had a look for a Di Blasi rear wheel fold but I didn't find any that matched the Brompton design unless you are making the point that any folding rear wheel is the same.

I own a Bickerton Californian which is basically a Dahon designed bike. It's a novel bike but admittedly a bit rubbish but this was Dahon's first folding bike and then they pretty much abandoned the design and started making conventional folding bike designs pretty much like the old Raleigh Twenty and Dawes kingpin but with a folding stem but they also used a conventional derailleur on some of their bikes which ended up close to the ground and easily damaged rather than hub gears so in many ways they were a backward step in reliability. I honestly see much of Dahon's innovation as low quality and poorly thought out. That nuwave bike has to be the pinnacle of their incompetence its just utterly rubbish. Some of the factories they have used have been poor too. Their rebranding of flying pigeon bikes were awful and those Ford branded bikes were junk for the prices they sold at. Here in Europe most of the Dahon branded bikes are assembled by Max.com in Bulgaria from kits from China.

I remember ages ago Tesco were selling a folding bike for about £60 and a person who also owned a modern Dahon bought one and found the Tesco bike much better quality, the hinge was better designed and the saddle post wouldn't keep slipping. In the US there is a company called Euromini that sells folding bikes and they absolutely slaughter Dahon for quality and price point. You could literally pay over twice as much with the Dahon and have a massively inferior bike compared to the euromini.

For me Dahon is more a marketing brand than an actual product. They have an assembly plant in China now which also does low volume welding of some frames but for most of their life they have created their own designs which they have passed over to other factories to make so quality has been variable to say the least and depended on what factory was used.

Anyway the point is the Curl is a very poor copy of the Brompton that is massively inferior, they don't seem to understand why the Brompton design has been such a success and from what I understand many consider it to have done considerable damage to Dahon's reputation for innovation. 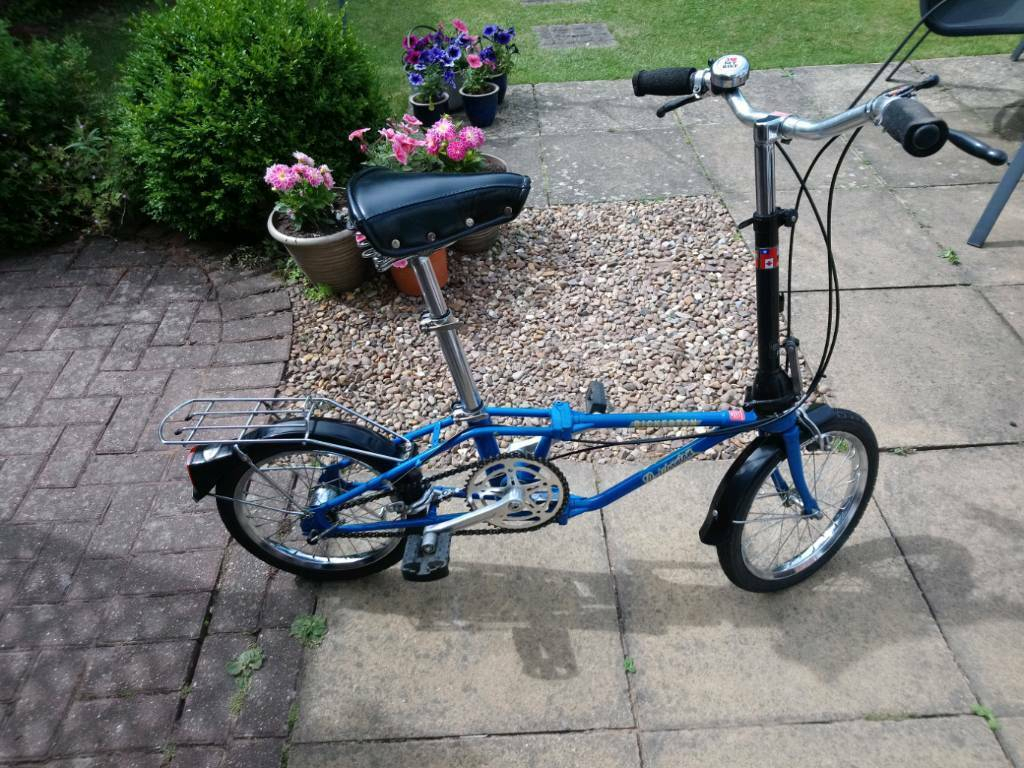