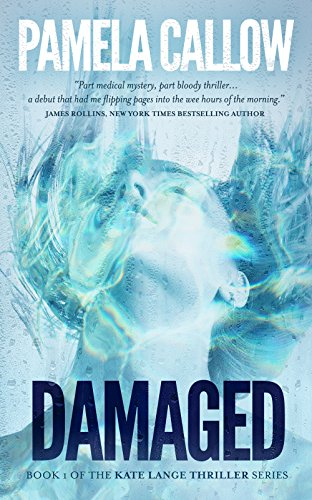 The thriller that launched lawyer Kate Lange into the hearts of ONE MILLION readers—and into the hands of a serial killer...

"...every bit as exciting as books by many New York Times bestselling authors..."-Fresh Fiction

What would you do if you faced a serial killer?

Meet lawyer Kate Lange. She has one chance to prove herself—and to prove to herself that she can make it—in a firm where everyone wants her to fail. But landing this job is what Kate believes will lead to redemption in the tragic death of her sister years ago. Instead, Kate makes the biggest mistake of her career... and becomes the target of a serial killer.

Haunted by the death of her sister and wounded by her ex-fiancé's accusations, lawyer Kate Lange throws herself into her new career at a high-powered law firm.

When the grandmother of a lonely private school student seeks her counsel, Kate thinks it's just another custody case. But then the teen is brutally murdered. And it isn't only Kate who wonders if her legal advice led to the girl's death.

Put on notice by Randall Barrett, the firm's charismatic managing partner, Kate must fight for her career, her reputation—and for redemption.

Unwilling to live with the damage she may have caused, Kate pursues the case on her own and unearths some chilling facts. Facts that lead straight to the heart of a legal conspiracy. Facts that lead Kate directly into the surgically skilled hands of The Body Butcher.

"Part medical mystery, part bloody thriller, here is a debut that had me flipping pages until the wee hours of the morning." -James Rollins, #1 New York Times Bestselling Author

If you are looking for a good night's sleep, don't start this book tonight. But if you are a reader who loves a fast-paced page turner with a strong female lead, an exceptional cast of characters, and an engrossing thrill ride that combines the fields of medicine, law, forensics, police procedurals, yet has a very human story at its heart, then download DAMAGED—and make yourself comfortable...

"You won't put this book down until you get to the end."—Amazon Reviewer
PostTweetShare Share with WhatsApp Share with Messenger
Community Updates
Amazon DealsAmazon discount code
New Comment SubscribeSave for later
1 Comment
25th Sep
Have you been Damaged by Pamela Callow? Call InjuryLawyers4U for a free, no-obligation, consultation.