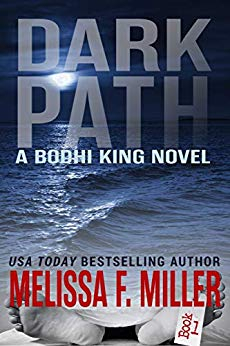 Practicing Buddhist and retired forensic pathologist Bodhi King seeks peace. Unfortunately, death keeps finding him. After solving a series of unexplained deaths and exposing a sordid political scandal, Bodhi retreated from the limelight. But he's called out of early retirement to help investigate a death cluster on a private island in the Florida Keys.

Healthy residents of a ritzy assisted living facility are dying in the middle of the night ... their faces frozen in terror.

Bodhi arrives on Golden Island to find a community gripped by fear. And beneath the surface, conflict simmers, threatening to boil over. The charismatic leader of the Golden Island Church, the dying Cuban-Americans, and the local Catholic priest all have secrets to protect.

It's up to Bodhi to bring the truth to light ... before another resident dies.
PostTweetShare Share with WhatsApp Share with Messenger
Community Updates
Amazon DealsAmazon discount code
New Comment Subscribe Save for later
2 Comments
15th Jan
Thanks. Op! Added to my ever growing library of free books!!
15th Jan
Thank you so much wpb as always I am trying to build up my library ready for all the holidays I have booked up lol