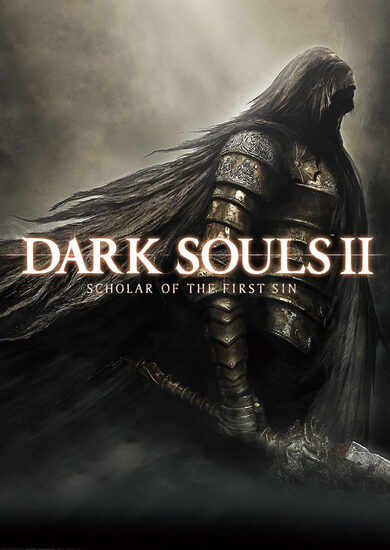 Dark Souls II: Scholar of the First Sin is the definitive edition of the second Dark Souls title released one year after the base game. It includes all expansion packs, each one clocking an average of five extra hours of content, as well as graphical improvements and rework some items and enemies locations.

For those who have yet to experience the Dark Souls franchise, we're talking about a semi open-world third-person action RPG that's known for its difficulty and lack of hand-holding, throwing the player in a cold, harsh world full of enemies that will easily take them down in their first tries. One of the main differences of the franchise when compared to other RPG is how the story is told; instead of long cutscenes and dialogues full of exposure, Dark Souls tell its store through item description and the player ability to read the location he finds himself into.

This is the current best price, and you can use the voucher code 'AKS' in order to get the best deal out of it.
PostTweetShare Share with WhatsApp Share with Messenger
Community Updates
Eneba Deals
New Comment Subscribe Save for later
6 Comments
19th Feb
Heat
19th Feb
The best Dark Souls change my mind
19th Feb
Praise the Sun lol
19th Feb

deleted2305646
20th Feb
Yeah it was a drag playing through this. Very few memorable moments. Only hard-core souls fans will be interested and chances are, they have been there.
22nd Feb