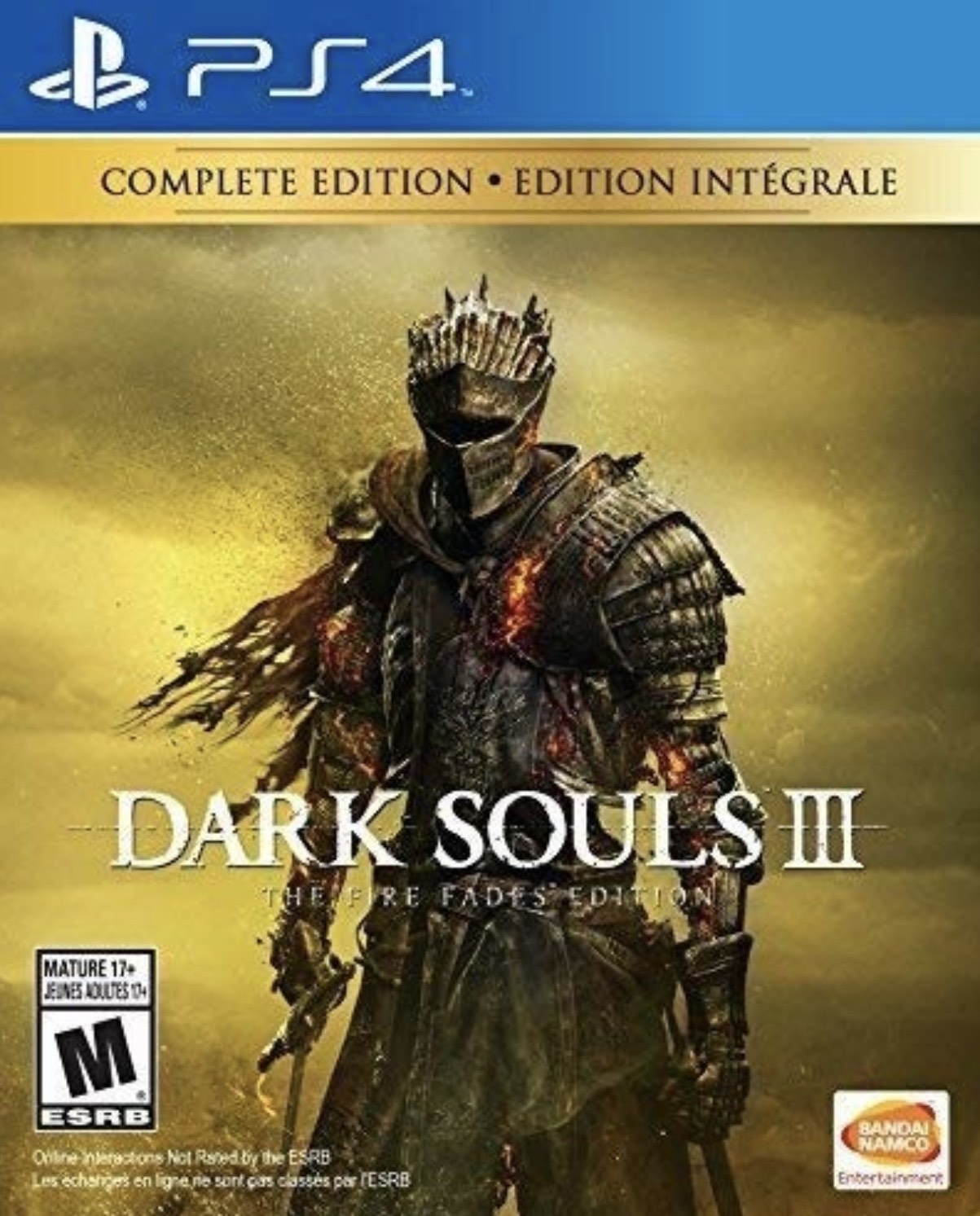 DARK SOULS™ III continues to push the boundaries with the latest, ambitious chapter in the critically-acclaimed and genre-defining series.

As fires fade and the world falls into ruin, journey into a universe filled with more colossal enemies and environments. Now only embers remain… Prepare yourself once more and Embrace The Darkness! 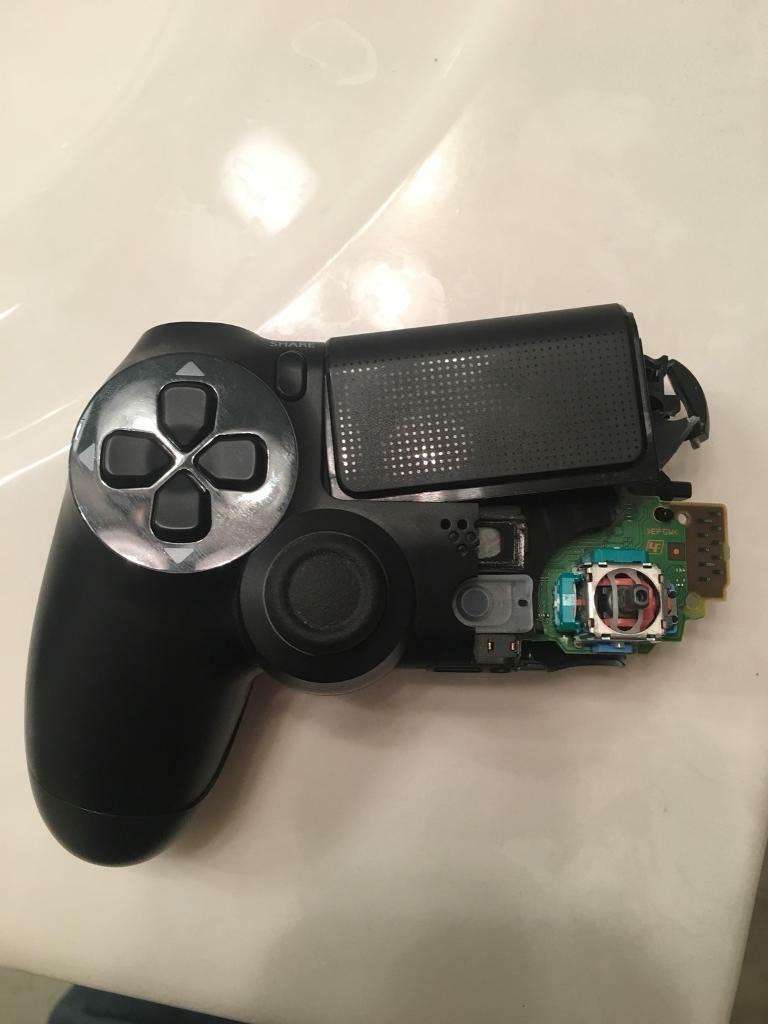 Interestingly I haven't played any of these Soul's games, which one do you think I should start with? The first one which is not remastered or this? Do I have to have played them in order to understand what's going on?
19th Jan
I love Dark Souls.....

They are all great and you can play them in any order
Recommend youtube.com/use…dya
for all dark souls fans!
Edited by: "michaeldvi" 19th Jan
19th Jan

It's irrelevant, you will die a million times in all of them, like everyone does . They are proper hard.
19th Jan
I hd the Xbox version and it came with the original dark souls for free - does the PS4 version do the same?
19th Jan

"from software" couldn't give the PS3 version free with PS4 copies as there wasn't backwards compatibility like the Xbox one had for 360 games.
Edited by: "Oxtail" 19th Jan
19th Jan
Played bloodborne and dark souls 3 fully completed them then tried dark souls 2 and just couldn't get into it not sure why, possibly slowly gameplay, but dark souls 3 was amazing prefer bloodborne style and steampunk feel. But great games also brutal hard to begin with. More you play with it the more you get out of it in the end
19th Jan
Too difficult for me , also i don`t have that time to play endlessly to beat one boss .
yet i like the graphics
Wish there was some difficulty levels
19th Jan
Just completed this game not with the DLC. Now playing through sekiro. Greatest games. Im in love wtih fromsoftware
19th Jan

I'd start with this one (3), as in my opinion it's the easiest to get into and the most fun. The start of the game is fairly linear so you get to actually clear a couple of areas and bosses and get a feel for the game.

The lore/storyline is very complicated, so you don't miss out on anything by starting with the last one first.
19th Jan

Miyazaki (the mind behind Demons Souls, Dark Souls & Bloodborne) didn't work on Dark Souls 2, that's probably why. He was working on Bloodborne at the time while his studio did DS 2 themselves.
20th Jan
Damn. Bought. Don't need it, have loads of games. Done now. Great value.
20th Jan

Same here, I can’t be bothered with overly difficult bosses. Just summon another player to help out with the bosses, that’s what I did and it wasn’t too hard to complete that game.
20th Jan

I'm currently feeling like that, because I can't beat the DLC bosses for Friede and Demon Prince
20th Jan


FTFY
20th Jan
Thanks for posting. We have added this thread to the Highlights pages
20th Jan
Shattered... by someone... or something...
20th Jan
The only thing wrong with Dark Souls is there is never enough!.
Edited by: "MrSprkle" 20th Jan
20th Jan

How much does the dlc add to the game?
21st Jan

I haven't and honestly won't. It's just not my type of game. I prefer hack and slash not hack, block, roll, die
21st Jan
The best start for anyone who hasn't played any souls, smoothest gameplay and arguably easiest bosses, it's the end of the story but you're not gonna understand the lore by playing... This is dark souls.
21st Jan

Have you played Bloodborne?
21st Jan
FromSoftware are amongst my favourite developers right back to their Kingsfield games (FP Dark Souls) back on the PS1. With the Souls franchise though, they took it to another level, phenomenal games!

Personal favourite order of the last couple of generations worth:

If the rumours of the PS5 launching with Demons Souls Remake (not remaster) are true, that's a console seller for me. Day one!
21st Jan
if you liked games back when they actually required you to be good at them to get to the credits, you'll love this.

hard by todays standards but not stupidly difficult. many NES era games are much harder. just don't expect to grasp it right away, give it a few hours before deciding if its for you.
21st Jan

How much does the dlc add to the game?

2 large areas with 3-4 bosses in each. probably 5-15 hours of content depending on how good you are.

souls DLCs are not something to be missed. they are consistently the strongest content of each game.
21st Jan

Sekiro
21st Jan
Love this series. Waited ages for it to drop this low.

I bought it with a £15 PSN wallet top up from Shopto (currently its on sale at £12.85). Not really much saved but you get an extra £2 in your wallet to use for future PSN purchases. Extra 11p off from Quidco too making it £12.74 if you really wanna go there.
22nd Jan

Will there be a trilogy release? I haven't seen it digital yet

There is a trilogy 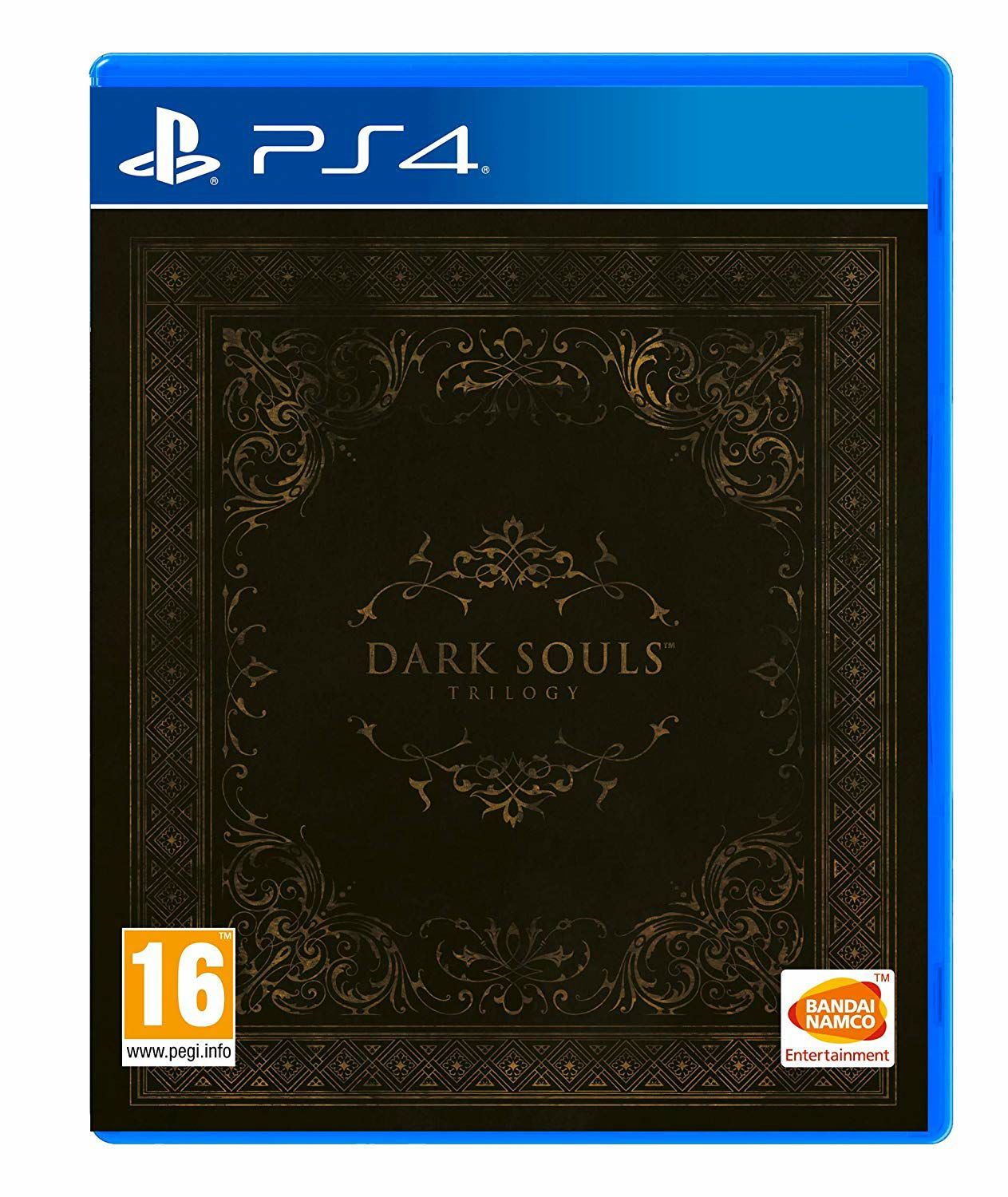