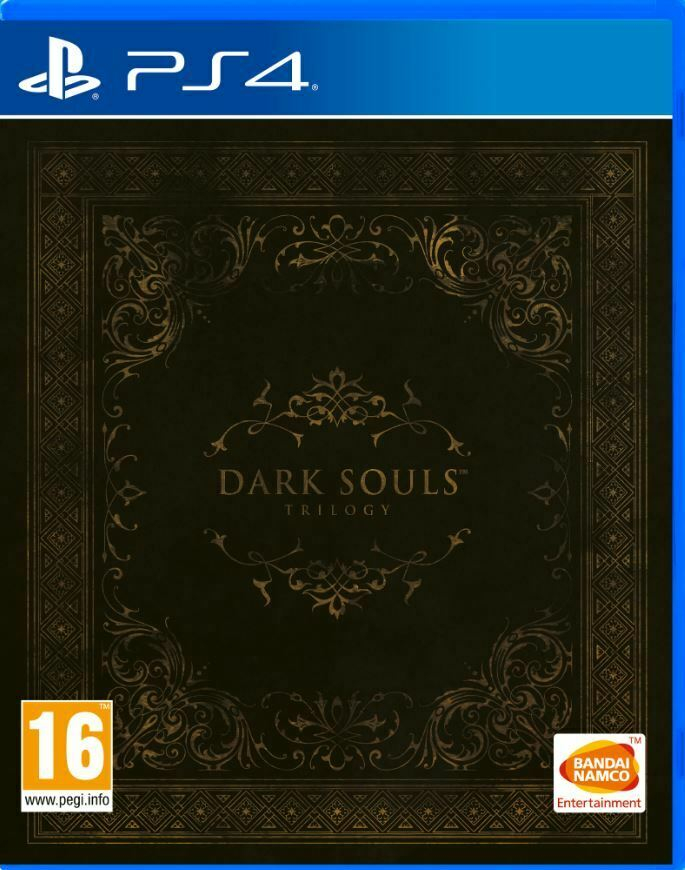 This is the lowest price I have ever seen for this. It has been 29.99 before but usually sits around the £36 mark.


DARK SOULS™ REMASTERED - Then, there was fire. Re-experience the genre-defining game that started it all. Return to Lordran in the beautifully remastered game in high definition, 60 fps with single-player or online multiplayer with dedicated servers. Includes the Artorias of the Abyss DLC.


DARK SOULS™ II: SCHOLAR OF THE FIRST SIN - Prepare to Die again. The second installment of the series includes the base Dark Souls II plus all three DLCs: Crown of the Sunken King, Crown of the Old Iron King, and Crown of the Ivory King.


DARK SOULS™ III: THE FIRE FADES™ - Now only embers remain… Dark Souls III is the final journey in the series where players can fight through intense combat solo or team up for in co-op or PvP multiplayer. Includes the award-winning game and both DLC chapters: Ashes of Ariandel and The Ringed City.


ALL ORIGINAL SOUNDTRACKS – Visit the EP!C corner to download the music of the Dark Souls saga composed by Motoi Sakaraba and Yuka Kitamura. 110 tracks and more than 6 hours to listen and take back any Dark Souls fan to the intense boss fights and the best moments of their deadly journeys.
PostTweetShare Share with WhatsApp Share with Messenger
Community Updates
EBay DealsEBay Discount Codes
New Comment SubscribeSave for later
7 Comments
15th Sep
"This is the lowest price I have ever seen for this".


It was just under £28 a couple of weeks ago with the 20% code. Still a good price for a great collection though. Voted hot.
15th Sep

Game had some sort of discount a while back, buy 2 £30 games and get £15 off, bought 2 and sold other to a mate
15th Sep
even with mediocre 2, this is still one of the greatest collections of games ever.

its so satisfying just simply going around a massive area and finding yourself back where you started. giant interlocked world is so cool
15th Sep

A mediocre souls game is still better than 95% of other games! :-)
15th Sep
Great deal! Been waiting for this one. Thanks for posting
Edited by: "jswhat" 15th Sep
15th Sep

That point when you open a shortcut you never knew was there is very satisfying
16th Sep
Nice find @mfcnorth, cheers for sharing. Good first deal