Amazon has also matched but is temporarily OOS. 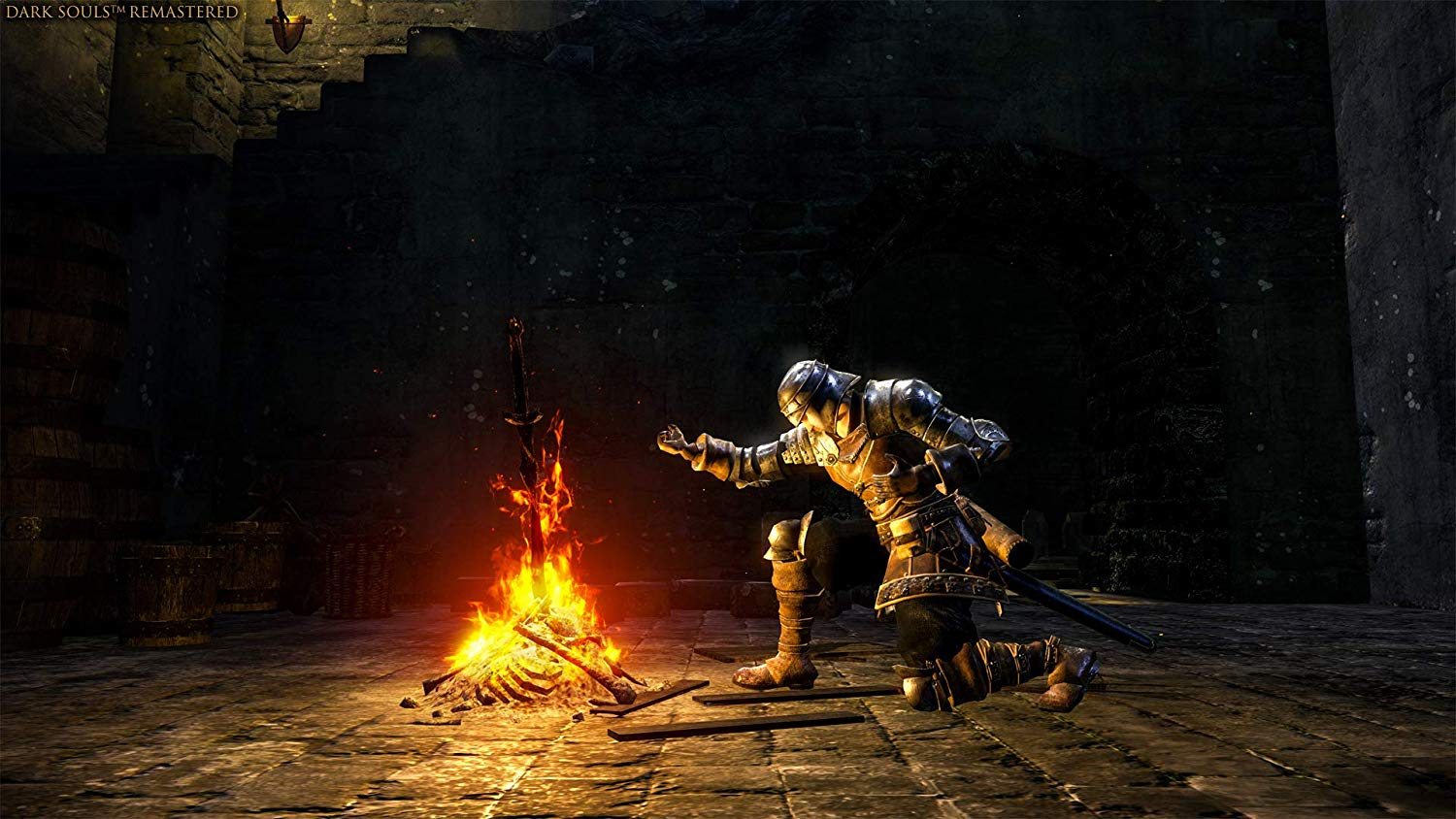 DARK SOULS™ REMASTERED - Then, there was fire. Re-experience the genre-defining game that started it all. Return to Lordran in the beautifully remastered game in high definition, 60 fps with single-player or online multiplayer with dedicated servers. Includes the Artorias of the Abyss DLC.

DARK SOULS™ II: SCHOLAR OF THE FIRST SIN - Prepare to Die again. The second installment of the series includes the base Dark Souls II plus all three DLCs: Crown of the Sunken King, Crown of the Old Iron King, and Crown of the Ivory King.

DARK SOULS™ III: THE FIRE FADES™ - Now only embers remain… Dark Souls III is the final journey in the series where players can fight through intense combat solo or team up for in co-op or PvP multiplayer. Includes the award-winning game and both DLC chapters: Ashes of Ariandel and The Ringed City.

ALL ORIGINAL SOUNDTRACKS – Visit the EP!C corner to download the music of the Dark Souls saga composed by Motoi Sakaraba and Yuka Kitamura. 110 tracks and more than 6 hours to listen and take back any Dark Souls fan to the intense boss fights and the best moments of their deadly journeys.
PostTweetShare Share with WhatsApp Share with Messenger
Community Updates
GAME DealsGAME discount code
If you click through or buy, retailers may pay hotukdeals some money, but this never affects which deals get posted. Find more info in our FAQs and About Us page.
New Comment Subscribe Save for later
12 Comments
26th Dec 2019
i spent over 100 hours on the first dark souls never complected thou . Can you continue were you left of with the remaster . if not wont buy . i think also bought it threw hungarian account to many years back , I grinded a lot on the game . In the end i just had a powerful sword where i could swing 2 times and kills a black knight lol mMy build was insanity didnt know how to do any of the magic and stuff but i just had a slow packed heavy build and could destroy anything in the end . That was grinding a lot.
Edited by: "james0909" 26th Dec 2019
26th Dec 2019
wonder if steel book to like ps4
26th Dec 2019

Neither PS4 nor XO versions released in the UK come with the steelbook. All 3 games come bundled up in a huge slip case with each game individually placed in their own case.
Edited by: "mixmixi" 26th Dec 2019
26th Dec 2019

i thought that after looked online . In description says one 3-disc collection. . Not going to buy if cant continue.. you say of course you can not yet gta 5 you could shell not buy now anyway
26th Dec 2019

Check in-store availability, my man. All my local stores all fully stocked up.
26th Dec 2019

whats the problem with starting over? also, you're getting 2 other games, just buy the original on it's own.
27th Dec 2019

As far as I am aware, the remastered version will search for the previous saved games as well so you should be able to get it as long as you are using the same account, or have access to the one what you used.
27th Dec 2019