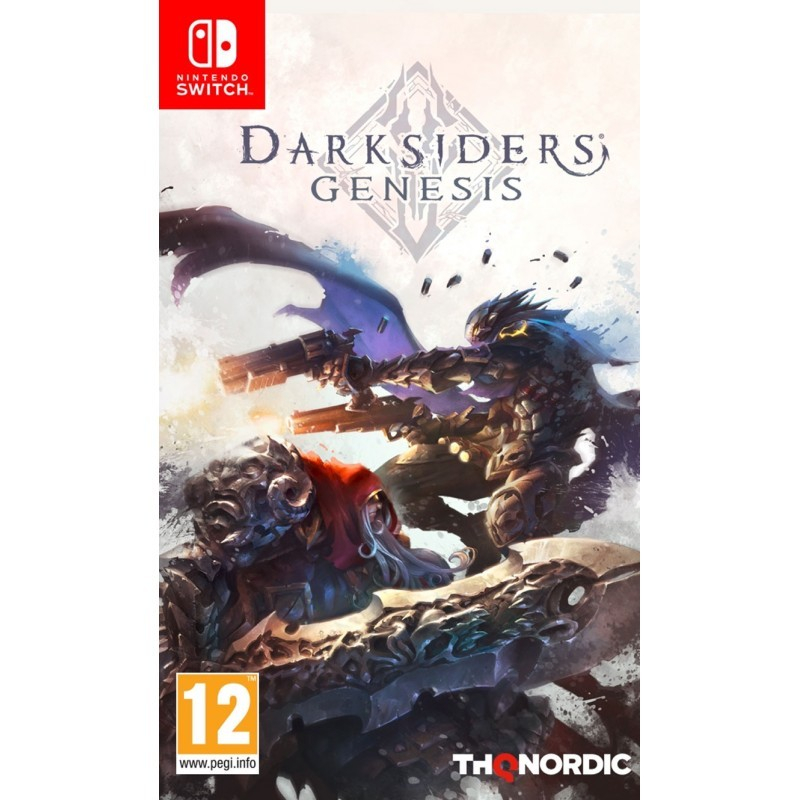 Pre-Order released on the 14th of February 2020

The game has had very good reviews for the PC version, based on the graphics style it should hopefully translate very nicely to the console versions.

From the dawn of creation, THE COUNCIL has maintained the Balance across existence. Carrying out their orders are THE HORSEMEN, Nephilim (powerful beings spawned from the unnatural union of angels and demons) who have pledged themselves to the Council and been granted immense power. However, this power came at a tragic cost: the Horsemen were ordered to use their newfound strength to wipe out the rest of their kind. What followed was a bloody battle on Eden where the Horsemen, obeying the will of the Council, annihilated the Nephilim.

Still reeling from the events on Eden, WAR and STRIFE have been given a new assignment -- LUCIFER, the enigmatic and deceptive demon king, has been plotting to upset the Balance by granting power to master demons throughout Hell. War and Strife must hunt down these masters, gather information, and ultimately fight their way through a tangled, demonic conspiracy that threatens to forever upset the Balance and unravel all of creation.

DARKSIDERS: GENESIS is an action/adventure that tears its way through hordes of demons, angels, and everything in-between on its way to Hell and back with guns blazing and swords swinging. Genesis gives players their first look at the world of DARKSIDERS before the events of the original game, as well as introduces the horseman STRIFE.

War and Strife have been given a new assignment.
Lucifer has been plotting to grant power to master demons throughout Hell.
War and Strife must hunt down these masters.
Fight your way through a tangled, demonic conspiracy that threatens to forever upset the Balance and unravel all of creation.
PostTweet
PostTweetShare Share with WhatsApp Share with Messenger
Community Updates
The Game Collection DealsThe Game Collection promo code
New Comment Subscribe Save for later
6 Comments
9th Jan
From the reviews I read on the PC version this game is really mainly for people who are already Darksiders fans. It's not bad, just not spectacular. But for fans this price is very good.
9th Jan
Posted in December: hotukdeals.com/dea…225
9th Jan

That was nearly a month ago, so this should be allowed to stay as have others.
9th Jan

Yes agreed, it is over 28 days since the last post, but that did include the Xbox version, which I have not included as another member has posted the xBox version today.
9th Jan

It gets good reviews mostly 8 out of 10 ! It is similar to the other games in that it is a puzzler platformer, but not with a 3D type perspective.