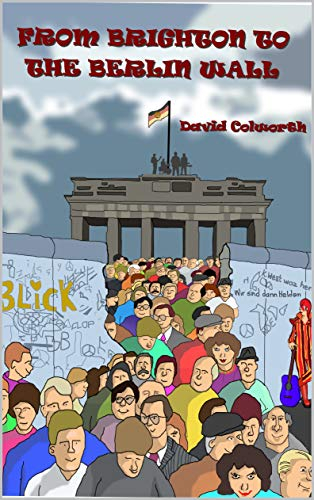 
It's 1973, Ziggymania rules the UK and Bowie is the undisputed King Of Glam. Despite the endless strikes, the three-day weeks and the power cuts, the kids are having fun in crisis-stricken Britain. Then, in a move that baffles and astonishes in equal measure, Ziggy Stardust disappears, never to be seen again, and the glam rock era fades. But Bowie goes on to produce a series of groundbreaking albums that elevate him to the status of a global superstar. Read the continuing adventures of uberfan David Colworth as he follows Bowie through the 1970s and 1980s, the era when rock music conquered the world. This is the story of how music transcended national boundaries and ideological barriers, when music was more powerful than missiles, inspiring the peaceful revolutions that changed world history in 1989 - when ordinary people became heroes for the day and the Berlin Wall came tumbling down.
PostTweetShare Share with WhatsApp Share with Messenger
Community Updates
Amazon DealsAmazon discount code
New Comment SubscribeSave for later
1 Comment
17th Jun
A life lived to Bowie's soundtrack, wow, now this takes me back!