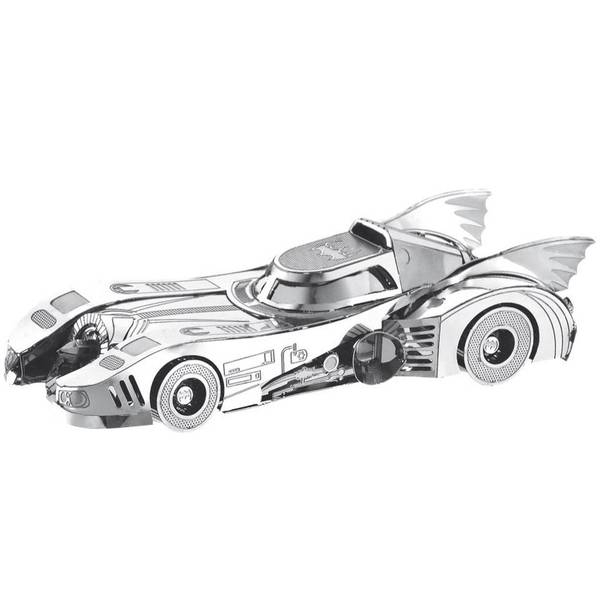 Superb price for this very nice looking bit of Bat kit.
SD Toys presents a new collection of 3D metallic puzzles. There is no need of using glue: Bend the flaps, assemble the pieces, and you will get your own miniature!
Huge 25 cm long 3D Metal model kit. 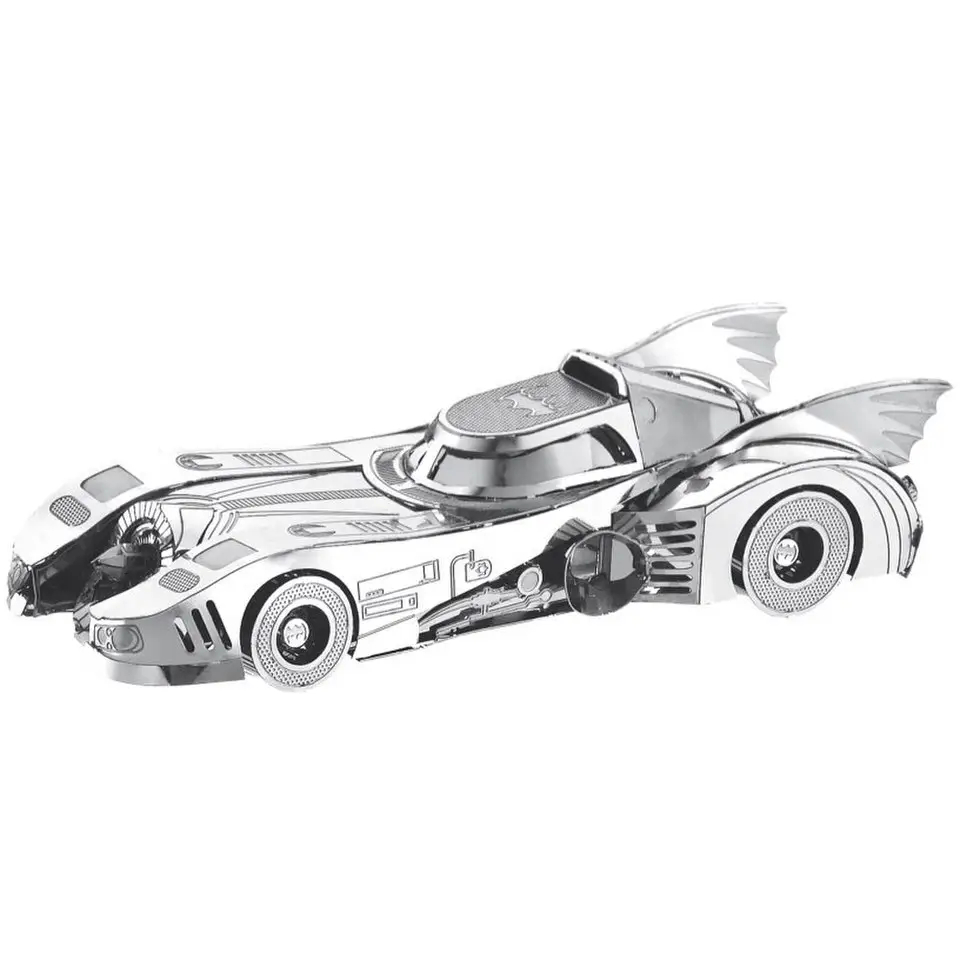 Easy to assemble
Simply snip out the pieces and bend the tabs through corresponding points tweezers or small needle nose pliers are suggested to facilitate assembly. 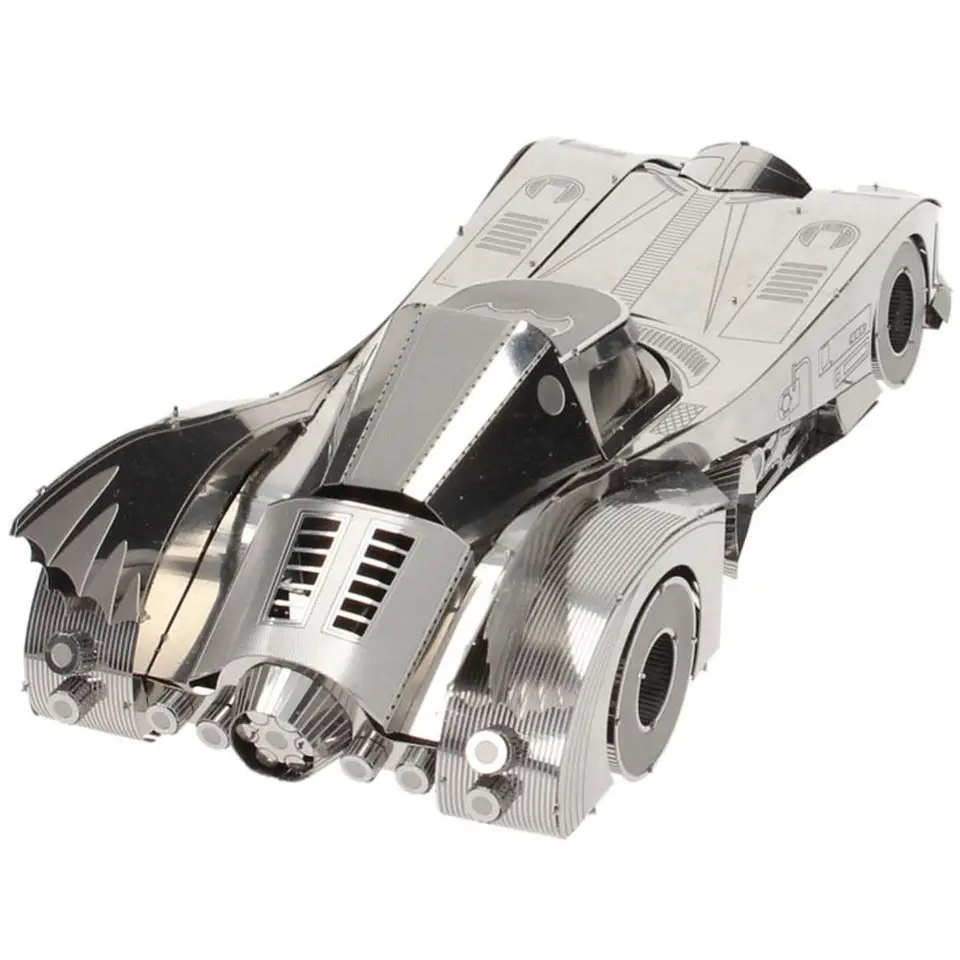 Designed specifically for the 1989 film Batman, the design team set out to create an edgier, darker Batmobile to suit the tone of the new film. Taking design cues from the Salt Flat Racers of the 1930's and the Sing Ray macho machines of the 1950's, what is affectionally referred to as the "Keaton-mobile" was born 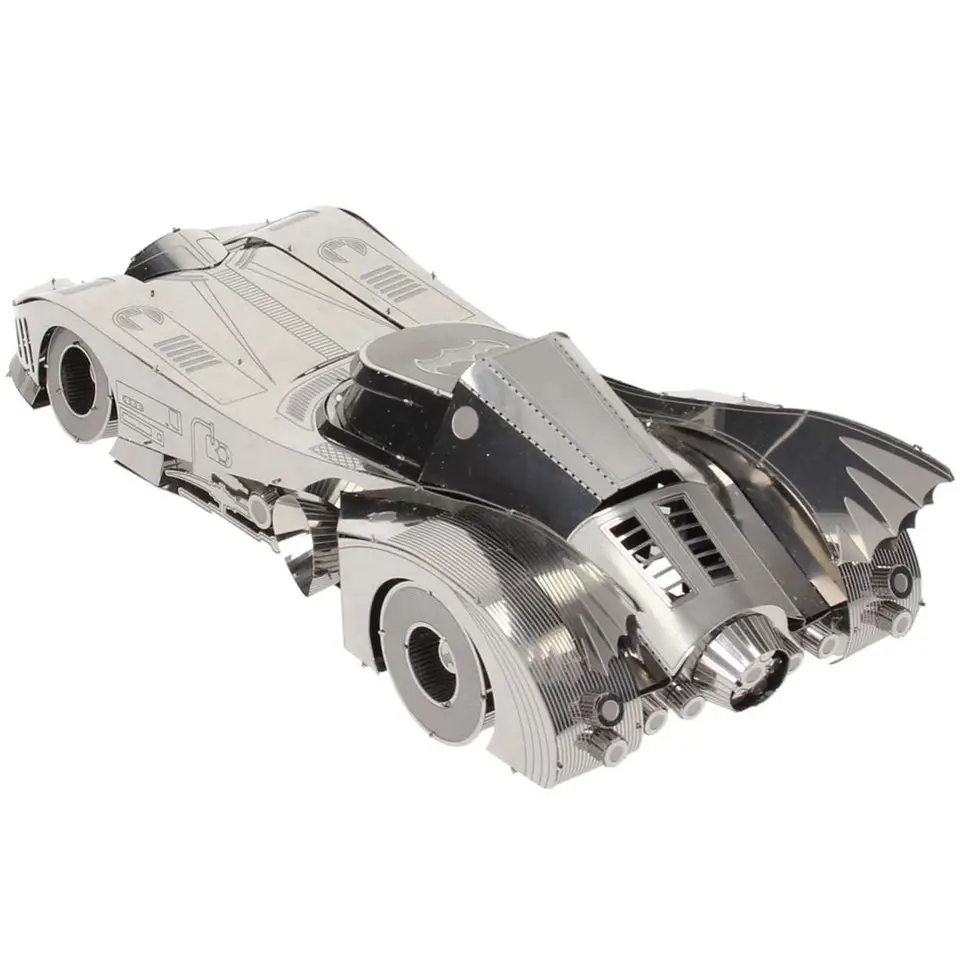 Built upon a Chevrolet Impala chassis with a Chevy V8 engine, the Batmobile had fully functioning gadgets allowing for on camera special effects. Made entirely of metal, this model kit allows you to build your own 1989 Batmobile, straight out of Tim Burton's iconic film There is no glue required in assembly. Simply bend the small tabs on each part and slot them in place The end result will be an all silver Batmobile roughly 25cm in length. 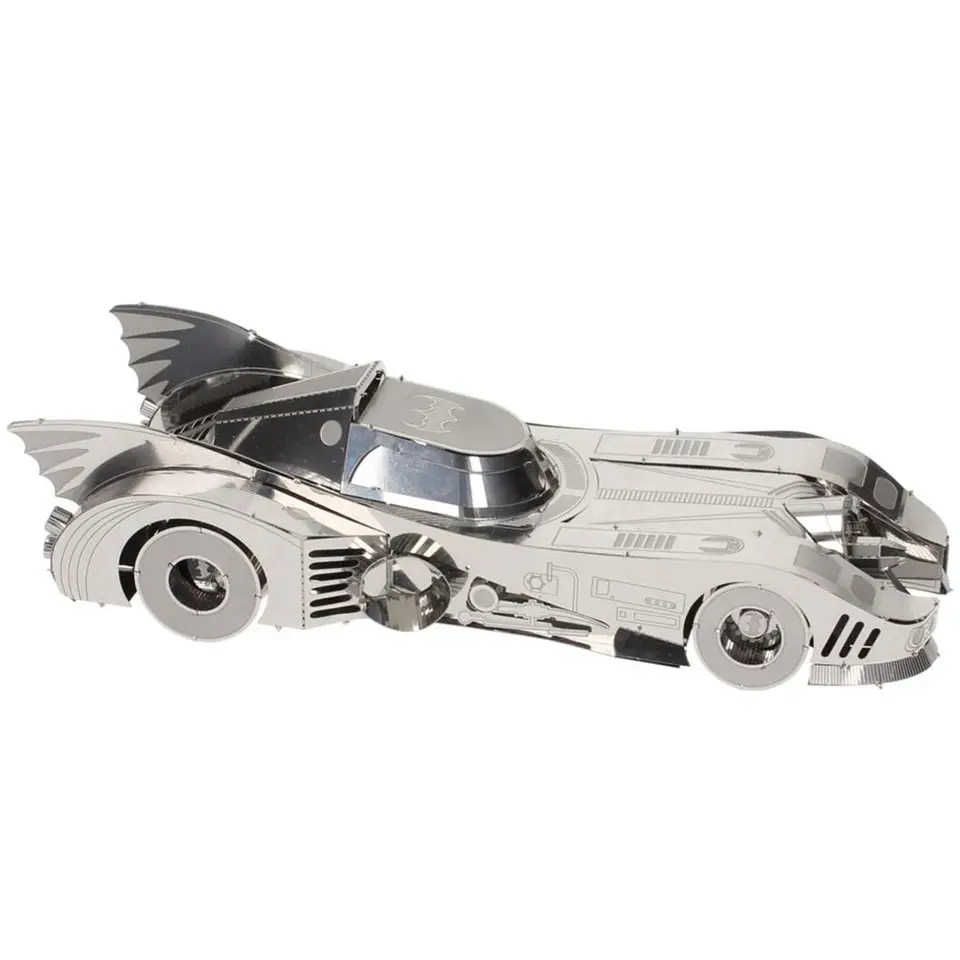