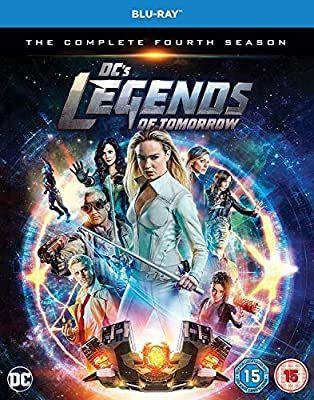 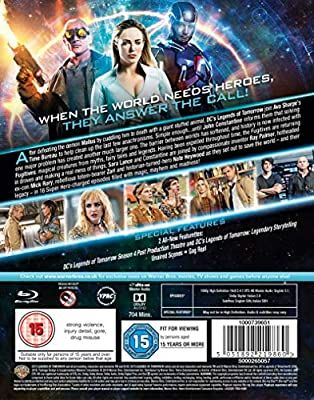 After defeating the demon Mallus by cuddling him to death with a giant stuffed animal named Beebo, the Legends are ready to ease off the gas. Sara (series star CAITY LOTZ) and her team join Ava Sharpe (new series regular JES MACALLAN) and the Time Bureau to help clean up the last few remaining anachronisms. The job seems straightforward enough until John Constantine (new series regular MATT RYAN) arrives to inform them that, in solving one major problem, they have created another, much larger one. When the Legends let time crumble in order to release and defeat Mallus, the barrier between worlds softened. History is now infected with "Fugitives" – magical creatures from myths, fairytales, and legends. Having been expelled throughout time by people like Constantine, these Fugitives are now returning to our world in droves and making a real mess of things. As the Time Bureau is distrustful of and ill-equipped to deal with magic, the Legends must team up with everyone's favorite demonologist to set history back on track. Sara and Constantine are joined by compassionate inventor Ray Palmer (series star BRANDON ROUTH), hotheaded ex-con Mick Rory (series star DOMINIC PURCELL), rebellious totem-bearer Zari (series star TALA ASHE), and heartbroken historian-turned-superhero Nate (series star NICK ZANO) as they set out to save the world – and their legacy. It's the familiar fun of the Legends time-travelling across historical events and encountering famous figures with an added shot of magical craziness!

Synopsis
After defeating the demon Mallus by cuddling him to death, DC’s Legends of Tomorrow join John Constantine and Ava Sharpe’s Time Bureau to save their world – and their legacy – from magical creatures from myths, fairytales and legends who have infected history. As the Legends time-travel across historical events and encounter famous figures, they now have an added shot of magical craziness!

Features & details
Product information
Run time 12 hours and 12 minutes
Number of discs 2
Format PAL, Subtitled
Language English (Dolby Digital 5.1)
Actors Brandon Routh, Caity Lotz, Maisie Richardson-Sellers, Tala Ashe, Jes Macallan
PostTweetShare Share with WhatsApp Share with Messenger
Community Updates
Amazon DealsAmazon discount code
If you click through or buy, retailers may pay hotukdeals some money, but this never affects which deals get posted. Find more info in our FAQs and About Us page.
New Comment Subscribe Save for later
Top comments
22nd Dec 2019
Best Arrowverse series by miles
5 Comments
22nd Dec 2019
Best Arrowverse series by miles
22nd Dec 2019
The worst Arrowverse series by miles, stupid storlines but decent characters, good price though!
22nd Dec 2019
This series was so bad, had to stop before the end of season 1
22nd Dec 2019
Not a massive drop really, all the other arrowverse shows have had their most recent blu ray box sets sub £20 and this was the only one still at the £29.99 SRP. You can get them all for £19.99 on Digital HD too.

Will not vote either way despite liking the arrowverse shows.
23rd Dec 2019

This series was so bad, had to stop before the end of season 1

Season 1 was terrible. Season 2 was much, much better, Season 3 was brilliant, definitely the best Arrowverse show that year. Season 4 was nearly as good.
Edited by: "Walrus_Man" 23rd Dec 2019