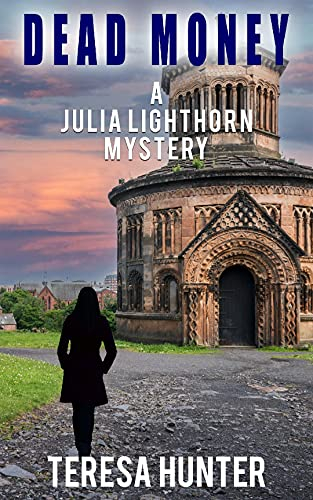 Theft, violence, vice, injustice … journalist Julia Lighthorn seeks the truth behind a brutal murder while struggling with her own secret demons. Reviewed as 'brimming with tension', 'fast-paced' and 'compelling'.
Did greed and corruption trigger the death of her friend? Or had he become embroiled with organised crime?
Who can she trust among the complex characters she confronts on her journey? What is any of us capable of when pushed to the limits of our endurance? Will Julia emerge unscathed from a world of corruption and conspiracy, where boundaries between right and wrong are blurred?
Lighthorn’s investigation uncovers a torpid world of white-colour crime stretching from London's Square Mile to the criminal underworlds of the East End and Glasgow. ... and ending with a romance which leaves readers gasping .


Review: A taut and fast-paced thriller set against the background of a financial crisis. From the steel glass edifices of the Square Mile's banking elite to criminal underbellies of London and Glasgow, Teresa Hunter unravels a tense tale with parallels to many recent scandals that have blighted the City. --Emma Simon Telegraph Group

A murky financial scandal is the backdrop to a fast-moving tale of organised crime, tragic romance and exploitation. --Terry Murden, Scotland on Sunday
PostTweetShare Share with WhatsApp Share with Messenger
Community Updates
2 Comments
Post a comment