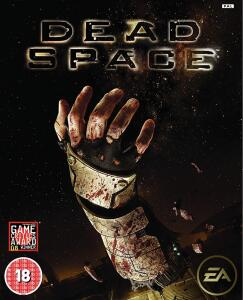 Cracking games from this franchise on offer for £3.74 each - some of my favourites from back in the day and perfect for any Dead Space fan!

When an immense mining ship, the USG Ishimura, comes into contact with a mysterious alien artifact in a remote star system, its communications with Earth are mysteriously cut off. Engineer Isaac Clarke is sent to repair the Ishimura's communications array, but he arrives to find a living nightmare - the ship is a floating bloodbath, the crew unspeakably mutilated and infected by an ancient alien scourge. Clarke's repair mission becomes one of survival as he fights not just to save himself, but to return the artifact to the planet ... at any cost.

Intergalactic engineer and Necromorph-slayer Isaac Clarke is back for another spine-tingling serving of survival horror. With larger environments, a host of new weaponry, and an all-new multiplayer mode, Dead Space 2 is an interstellar sequel that's out of this world. Engineer Isaac Clarke returns for another blood-curdling adventure in the sequel to the critically acclaimed Dead Space. After waking from a coma on a massive space city known as "The Sprawl", the lone survivor of a horrific alien infestation finds himself confronting a catastrophic new nightmare. Battling dementia, hunted by the government, and haunted by visions of his dead girlfriend, Isaac will do whatever it takes to save himself and dominate the gruesome onslaught. With an arsenal of tools to dismember Necromorphs and new determination, an engineer will bring the terror to space. Dead Space 2 features new tools to gruesomely slice and dismember the Necromorphs complement Isaac's signature plasma cutter, empowering him as he meets new characters, explores epic Zero-G environments, and fights against a relentless Necromorph onslaught. Survival isn't the only thing on Isaac's mind in Dead Space 2 - this time, he calls the shots!

Scavenge the violent wilderness, build devastating weapons, and take down the terror together.

Dead Space 3 brings Isaac Clarke and merciless soldier John Carver on a journey across space to discover the source of the Necromorph outbreak. Crash-landed on the frozen planet of Tau Volantis, Isaac must comb the harsh environment for raw materials and scavenged parts. He will then put his engineering skills to the ultimate test to create and customise weapons and survival tools. The ice planet holds the key to ending the Necromorph plague forever, but first Isaac must overcome avalanches, treacherous ice-climbs, and the violent wilderness. Facing deadlier evolved enemies and the brutal elements, Isaac can choose to team up, not only for his own survival, but for that of mankind’s. Play together with a friend or go it alone as Isaac Clarke using the seamless new drop in, drop out co-op functionality. Each mode offers unique story elements and gameplay.
PostTweetShare Share with WhatsApp Share with Messenger
Community Updates
Xbox.com Store DealsXbox.com Store voucher codes
New Comment Subscribe Save for later
Top comments
3rd Apr
Of all the games that have had remasters I really thought these would get remastered they really are great games.
Edited by: "rizzo777" 3rd Apr
3rd Apr
Played 1 and 2 recently. Absolutely brilliant games!
3rd Apr

I don't think they have been remastered yet bud.
3rd Apr
Great deal nonetheless. Thanks for posting :).

I don't think they have been remastered yet bud.
3rd Apr
Of all the games that have had remasters I really thought these would get remastered they really are great games.
Edited by: "rizzo777" 3rd Apr
3rd Apr
No EA won’t do remastered for something that won’t make millions upon millions.
3rd Apr

I don't think they have been remastered yet bud.

People may not like games getting remastered, but I would absolutely love these to be done!!
3rd Apr

I think all are One X enhanced
3rd Apr

Brilliant games. Just remember when you are playing DS1 not to get too frustrated at the asteroid cannon bit - you will get through it eventually!
3rd Apr

I think all are One X enhanced

Sorry to correct you - but there is no remastering/enhancements on these games.
3rd Apr
These are must-haves for Xbox 360/One owners.
Unfortunately, these are not remasters - just digital versions.
I love-love-love 1 & 2. But 3 was just filler for me.
I hope someone finds their new favourite Survival Horror Scifi Game here.
Imagine Alien meets Resident Evil.
Heat.
3rd Apr
Shame that there prob wont be any more of these. The co-op play on the 3rd game is so good and a proper good take on multiplayer.
3rd Apr

Yeah youre right
3rd Apr
They were all great games but number 2 was by far the best for me.
3rd Apr
YeAh seems like EA only remaster Fifa every year
3rd Apr
These are some great games!!!
3rd Apr
Grabbed these when they were free with Games with Gold and I still haven't played them. Maybe its time to take a look.
3rd Apr
I used to play the multiplayer on DS2. It was great. I went back on it recently and was pretty shocked to see some of the same people are still playing it now. The monumental number of hours they had clocked was staggering. It was a shame they never really pushed the multiplayer, but DS is all about the solo scares really.
3rd Apr

They were all great games but number 2 was by far the best for me.

Top 5 best games ever.play them now
3rd Apr
Good deal. I think Dead Space 1 was the best.
4th Apr
Imagine all the cash EA could make if they ported the series to Switch. Daft not to
4th Apr

Very reason I hate EA
4th Apr
Well as a business sense I understand to a tee why but they won’t break even if they put time and effort into upgrading textures. It had a very die hard fan base for Dead Space 1 and 2.

but it’s EA they don’t care any about anything apart from money and rip off the customer in every shape or form especially in this day in ages where their Market value is on the floor
4th Apr
These games remind me a lot of the Alien film series. First two are amazing, whereas the 3rd is slightly flawed. Since worth getting all three though.
Edited by: "james_674" 4th Apr