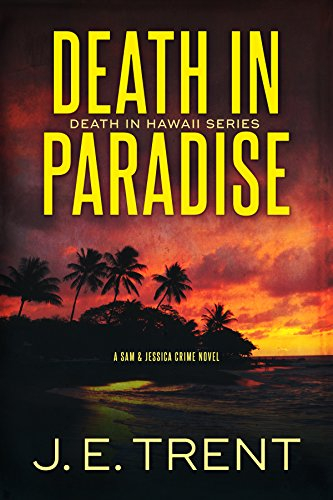 n paradise nothing is simple…
…not even murder.
For Jessica, this time it’s personal.


The knock at the door shook her from a deep sleep. When she saw the cops, Jessica knew why they were there. As a LA Detective, she’d been on the other side of the door plenty of times.


Someone she loved was dead.


Time slowed. Her heart sank. They knew she knew.


Before they could get to the news, her mind raced. Growing up in Hawaii, daughter to a father-in-law enforcement and a mother whose family is yakuza, she’d known the darker side of life.


As the detectives explained why they’d come, Jessica was only partly listening until they said it was her father who’d died…


And in that moment, the instinct to grieve was gone. He was meticulous in his maintenance. She didn’t believe it was an accident.


Who murdered her father?


Jessica was going home to Hawaii.


You’ll love this gripping thriller with a taste of romance, because of the twists, turns, and complex characters.
PostTweetShare Share with WhatsApp Share with Messenger
Community Updates
Amazon DealsAmazon discount code
New Comment Subscribe Save for later
4 Comments
21st Feb
Is this any better than the BBC series?
22nd Feb

Is this any better than the BBC series?

This book doesn't sound like a cross between Midsomer Murders and Jonathon Creek where the DI suddenly solves a seemingly impossible murder with a single lightbulb moment out of nowhere. More's the pity.
23rd Feb
£2.99
23rd Feb