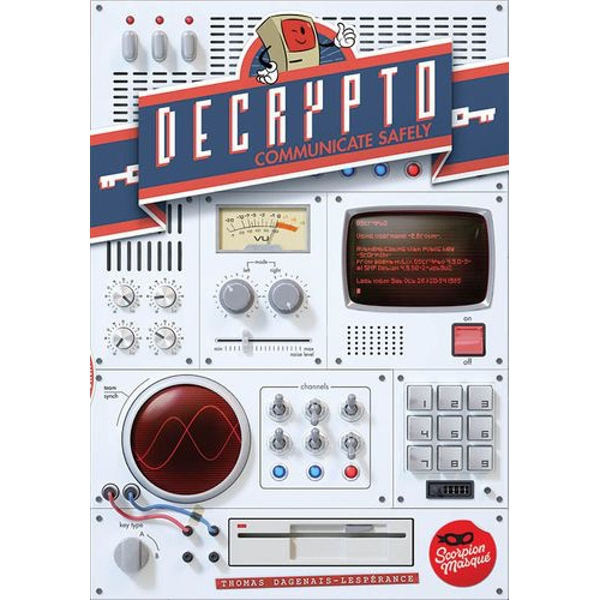 A well rated party game. A bit on the light side for me but different enough to interest me. 7.8 on BGG. NBP is Amazon.

Players compete in two teams in Decrypto, with each trying to correctly interpret the coded messages presented to them by their teammates while cracking the codes they intercept from the opposing team.

In more detail, each team has their own screen, and in this screen they tuck four cards in pockets numbered 1-4, letting everyone on the same team see the words on these cards while hiding the words from the opposing team. In the first round, each team does the following: One team member takes a code card that shows three of the digits 1-4 in some order, e.g., 4-2-1. They then give a coded message that their teammates must use to guess this code. For example, if the team's four words are "pig", "candy", "tent", and "son", then I might say "Sam-striped-pink" and hope that my teammates can correctly map those words to 4-2-1. If they guess correctly, great; if not, we receive a black mark of failure.

Starting in the second round, a member of each team must again give a clue about their words to match a numbered code. If I get 2-4-3, I might now say, "sucker-prince-stake". The other team then attempts to guess our numbered code. If they're correct, they receive a white mark of success; if not, then my team must guess the number correctly or take a black mark of failure. (Guessing correctly does nothing except avoid failure and give the opposing team information about what our hidden words might be.)

The rounds continue until a team collects either its second white mark (winning the game) or its second black mark (losing the game). Games typically last between 4-7 rounds. If neither team has won after eight rounds, then each team must attempt to guess the other team's words; whichever team guesses more words correctly wins. 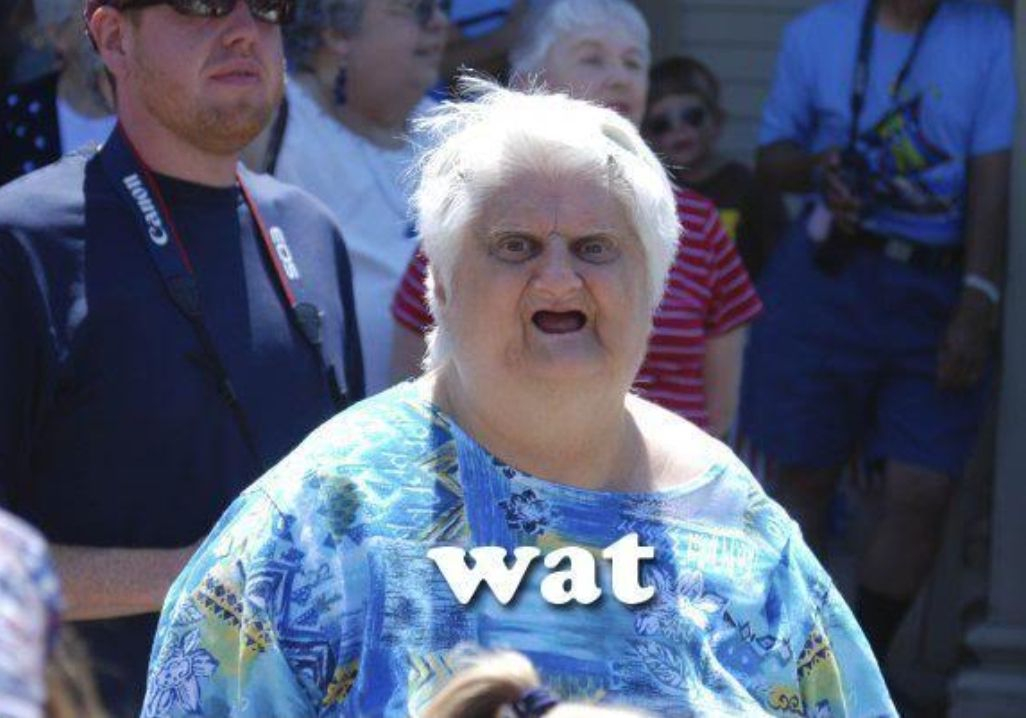 29th Jan
My favourite group game! You need 4+ players tho.

If they get it wrong they lose a life.

At the same time the opposing team can guess the order as well. They keep track of what clue was for what number, so a pattern will start to emerge by the time you've given 4 clues for the same word and they'll be able to guess and if they do, you lose a life.

Saying clues for word 1 are 'purr', 'meow', 'fluffy' mean that you can easily guess that say, 'paws' would also be word 1.

The magic is keeping the clues really hard for your opponent but not too hard for your teammates.
Edited by: "NibblyPig" 29th Jan
29th Jan
I consider this the least light of the party games I regularly play - it's almost codenames but in reverse. I'm interested in what makes for a heavier party game!

Not voted as £15 is on the steep side - this regularly goes for less so unless it's needed now it may be wise to wait.

But what a game.
29th Jan
Sounds a bit like Chameleon... If I already have the latter, is it worth getting Decrypto at all?
29th Jan

It's more like Codenames if you've played that? I believe anyway. Not played it myself

Edit: spammy has said as much by the looks of it as well
Edited by: "jayhutton10" 29th Jan
29th Jan

I think it is - the team play of it and the sleuthing to work out your opponents words makes it very different.
29th Jan
it takes a bit to teach but once people understand they love it. I prefer it to codenames because codenames isn't as creative
29th Jan

Its not really like Chameleon, as I view Chameleon to be more like Spyfall with single words. Its a top game and even though its not a difficult game, getting players to understand what to do is a bit awkward initially.

Its kind of best to just let it play out and its a nice feeling when you see the penny drop.

Its a one of my top party games and I just wish I could play it more.
Edited by: "mr_fuse" 29th Jan
29th Jan

Thanks, I will give it a go
29th Jan
One of the best board games I've played. A big step up from Codenames in weight and quality.