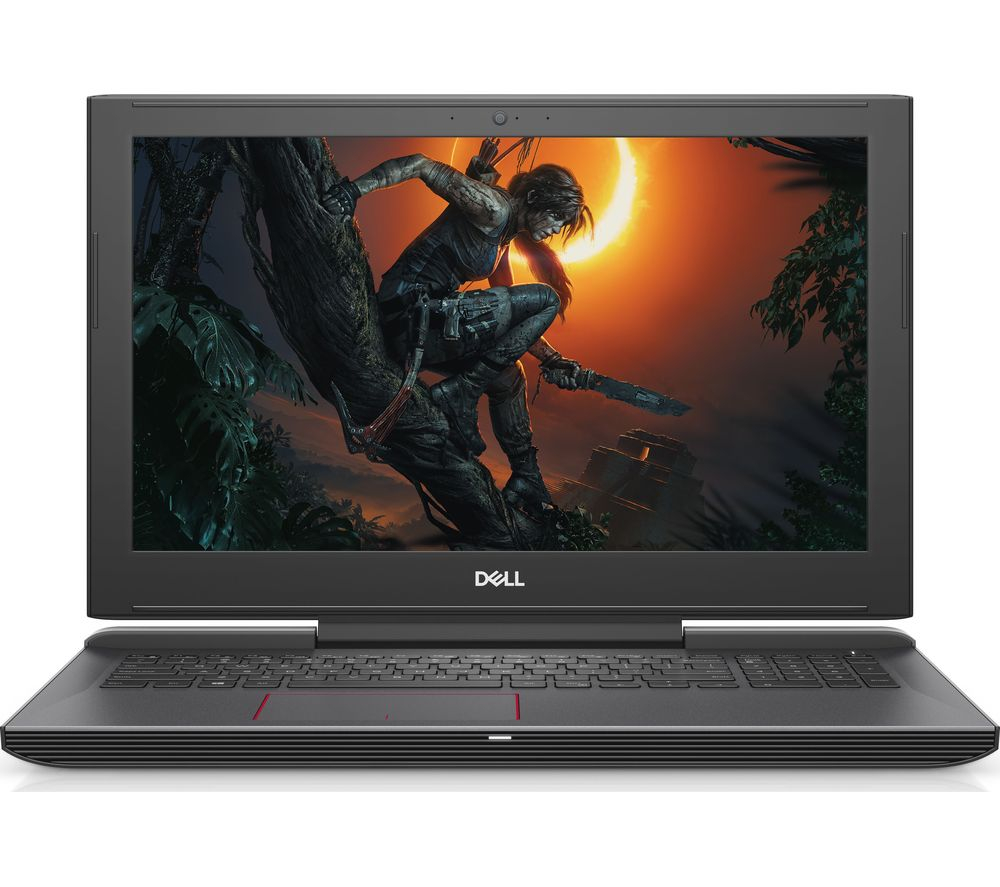 Spotted this in reply to another thread. Seems a decent deal although the older spec:


Could get 6% cashback from Quidco too.
PostTweetShare Share with WhatsApp Share with Messenger
Community Updates
MODERATOR
1st Dec 2019
Powerful performance

Take advantage of a powerful Intel® Core™ i5 processor with the G5. Whether you're playing your favourite strategy game, fighting with mates online in the Battlefield series or just exploring a casual indie release with incredible visuals, the i5 processor is going to help you do it smoothly.

All gamers are going to love the NVIDIA GeForce 1060 graphics card. Whether you're an FPS player, a single player narrative type-person or a combination of all genres, the 1060 can handle nearly all games at high settings with impressive frame rates. Ideal if you want to truly immerse yourself in the world the game creators have made for you to enjoy.

With MaxxAudio Pro you can jump right into your game and feel like you're really there. With powerful and encompassing sound, you'll be able to hear every noise just in case you need act quickly in those gaming sessions.

Don't hang around with SSD storage

Keep all your games in one place with the 128 GB SSD drive. A lot faster than normal hard drives, the SSD will load any of your applications and documents that little bit faster to make your life a lot easier.

You also get 1 TB of hard drive storage for all of your other files and games you don't play as often.

This PC doesn't come with a full version of Microsoft Office or Internet Security.
Currys PC World DealsCurrys PC World discount code
If you click through or buy using any of our links, retailers may pay hotukdeals some money, but this never affects which deals get posted. Find more info in our FAQs and About Us page.
New Comment Subscribe Save for later
Top comments
1st Dec 2019

Don't believe it. People in here seem to have the opinion that anything less than a twin GTX 2080 paired with an i9 and 64GB Ram is good for nothing except solitaire because it can't run 4k at 120fps.

I have this with the i7 instead of the i5 and it runs everything I have thrown at it. Should play most games at 1080 on max settings. More than enough for most circumstances.
Edited by: "Rhoobarb" 1st Dec 2019
1st Dec 2019

Noob or troll
1st Dec 2019
I am going to post a deal tomorrow (if the stars line up) for the best laptop deal bar none this black Friday weekend.
It won't be this tier as the op, but Ryzen 5 based... Watch this space

Whoops sorry, this one should work.


So yea it's either this one or the Asus TUF FX505DT in the link
Edited by: "Daniel_Andrews" 30th Nov 2019
30th Nov 2019
Incredible price, very tempting
30th Nov 2019
This good for games like total war etc
30th Nov 2019
I've had this laptop for just under 2 years and I really like it, metal parts feel nice to the touch and its played everything bar some of the most demanding VR titles without a hitch.
30th Nov 2019
IPS display as well... interesting.
Must be had cheaper by other means

P.S. Is this anti-glare?
Edited by: "Sharpharp" 1st Dec 2019
30th Nov 2019
Very tempting but reviews say the screen is a bit dull which puts me off a wee bit.
1st Dec 2019
I am going to post a deal tomorrow (if the stars line up) for the best laptop deal bar none this black Friday weekend.
It won't be this tier as the op, but Ryzen 5 based... Watch this space

tomorrow as in monday? what price have you got up your sleeve?
1st Dec 2019

Yeah that was a deal breaker for me. Had a very nice and powerful Dell for the past 3 years, but the screen was poor. The graphics card seems very good for this price, so even though it's IPS I wouldn't be surprised if the screen colours/brightness is the sacrifice
1st Dec 2019

Yeah, I've read a fair reviews on this now and they all say the screen is sub par which is a real shame. Like you, I think the hardest thing for me to compromise on is the quality of the display. What it's actually like in real life is another matter.
1st Dec 2019

tomorrow as in monday? what price have you got up your sleeve?

Will be Sunday afternoon, after I've been a scooped some other stuff that needs collecting.
Promise ya, my deal for the specific spec (ryzen 5 based) is unbeatable....
1st Dec 2019

but this is Dell which is only 6%

Dells have much better build quality and their support is fantastic.
1st Dec 2019

Hope it's not this one

I can't believe you said that. Dell's have notorious build quality. As for support, the people in the call centres are very nice but after the physical faults on my £1000 Dell started to build up (keys, audio jack, hdmi socket and it would crash on sleep mode.. all within months of purchase) they asked it to be sent to get repaired. In Germany.. For 3 weeks

I need my laptop daily for technical work and it would be catastrophic to be without it and my setup for 3 weeks. Anyway, Germany for 3 weeks with the possibility of it being wiped or replaced blank, ridiculous and impractical. The call centre guy was nice as pie though.. nice doesn't pay the bills though

Don't just take my word for it. There's lots of other people who know the score on hukd and elsewhere. Dell are literally infamous for build quality these days. XPS their premium range is far better but still have a lot of disappointed users and users who avoid because Dell. Non-XPS (budget consumer stuff under a grand).. well be prepared to send it of to Germany for low priority support

£599 a decent price for lappy with the 1060.. you get what you pay for though. At that price you're not paying for build quality and they do honour the warranty so you're protected, albeit at a snails pace

8300H is not bad, tad better than 7700HQ of a few years ago and will get you through current games, it's not a 8750 though although gaming doesn't always benefit as much from 6 cores relative to core speed compared to other CPU intensive applications so fine, the 8300H will do fine with this lappy 1060. The 1060 used to be great a couple years ago but don't expect to be using this laptop to get great results on the coming years games though medium settings probably. If desktop users boast about 1060, firstly, it's old news, although still very capable, and secondly it isn't as fast on laptop implementation, it's not the same. But for the price is is as good as you can get an will serve well gaming for now. For £600 there's a lot of bang for the buck so it's a good deal if you're not buying for longevity in which case you need bigger pockets and play the diminishing returns.

With quidco / tcb it's a good buy for the budget. Heat added

EDIT:
One caveat: I always thought I'd use an external screen for gaming so I ignored screen spec, but turns out mainly use my lappy screen, especially when away visiting. Next laptop I get will have a better screen. Take that as you will. I've not seen this exact IPS so check reviews if you're unsure, obviously you're not going to want to game outside with it. Doesn't matter how much antialiasing your card is pumping if the screen you're looking at it on is crap. But for £600 minus quidco your not getting OLED and a 1060 so what the hey.
Edited by: "muppetrider" 1st Dec 2019
1st Dec 2019
Paid this last year for an Acer Nitro 5 with the same processor but GTX1050. Wish this was available then.
1st Dec 2019
Acer Nitro 5 AN515-52 Gaming Notebook - (Intel Core i5-8300H, 8GB RAM, 512GB NVMe SSD, NVIDIA GTX 1060, 144Hz 15.6 inch Full HD display, Windows 10, Black)
amazon.co.uk/gp/…56P
£581.1 after discount. Arguably the SSD is bigger.

Similar Spec (Amazon graded warehouse stock - grading will be lower than this, looks like they've applied the same grading across 7 units, so maybe you'll get lucky - Amazon will expire probably on Tuesday midnight.

This Currys' is probably until the stock expires. Interestingly, it does not have the Black Friday deal label - so presumably it's the standard pricing whilst the stock lasts / but as they say you snooze you lose. Pretty sweet 1060 clearing price.
Edited by: "Quicklite" 1st Dec 2019
1st Dec 2019

I had the same issue and it went away after some updates to the drivers and/or chipset. Anyway, I don't experience it anymore.

During that time I used a program that pings the dGPU every few seconds to keep it activated since the cause of these micro stutters are from the machine trying to switch between the dGPU and the iGPU. 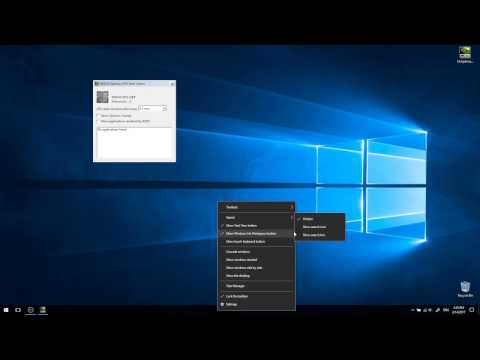