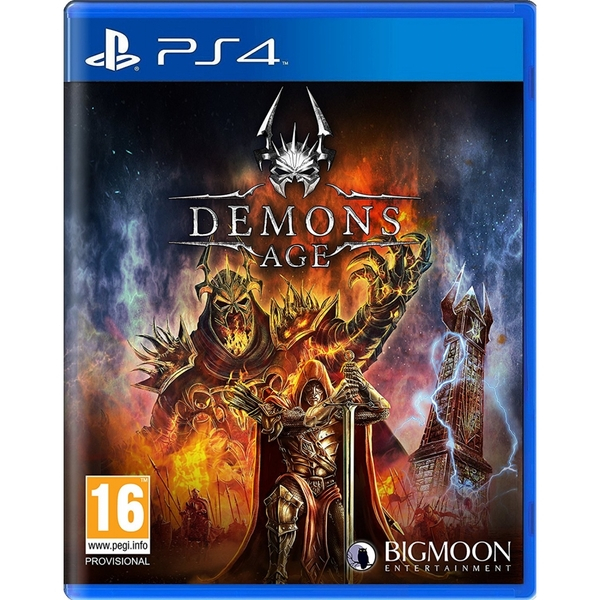 £1 dropped further 05/03/2020£4 drop .... It turned out to be a delisted game as per the comments in this thread (thanks guys ). Don't try to find the reviews or MC rating but if you are keen in collecting rare games, this can be added to your library.
Follow the thread to know more about it.Demons Age PS4 Game“Demons Age” is a brand new title that brings together the characteristics of a classic turn-based roleplaying game with modern graphics and a gripping atmosphere.

It is designed to be a modern successor of the Dungeons & Dragons classic video games such as “Baldur’s gate” and “The Temple of Elemental Evil”.

Demons Age takes console gamers on a thrilling adventure in which you must find like-minded adventurers who will join your party to fight side by side against ancient evil forces and explore mysterious ruins.

Combats may happen at any time, while the player is exploring a dungeon or when traveling in the World Map.

The combat mode is Turn-Based and is inspired in the “pen-and-paper” OGL 3.5 rules of “Dungeons & Dragons”.

I can only suggest something mate. I paid more too. But they are certainly clearing it and no talks of a re-release and 365games is the only place to get it from, so nothing to lose here if you ask me. Heat Brutes.
Edited by: "mixmixi" 12th Feb
12th Feb 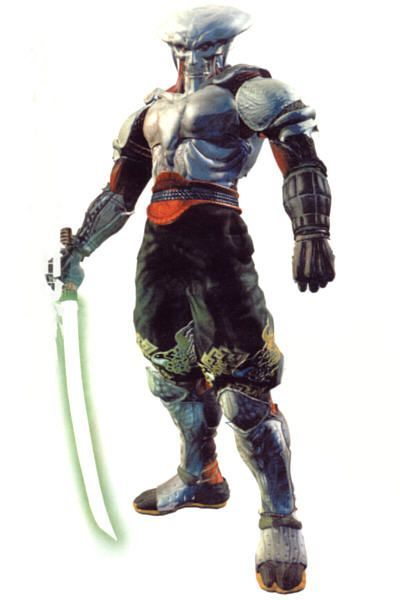 I need to give @FTOdude170 credit for calling me that one day Quite a fun play on the Yoshi name!
12th Feb

It is. When I saw it I thought I'm sure that's yoshi and it took a while to click (not played tekken for a while)
12th Feb

You talking bout this game or another??
12th Feb

You talking bout this game or another??

We had a conversation about this a few months ago in the gaming thread. This is a cancelled released that was taken off the retail a few years ago. 365games has somehow got a hold of them and has been selling them since before Christmas. They tested the water with a few and it sold very well. It was also crazily priced on eBay at some point. But it seems they managed to get more of this in somehow. Me, Yoshi and a few others purchased a copy each around that time.
12th Feb

But is it good though?

Some day my friend. Some day. I have thousands of sealed games, I am expecting billions.
12th Feb

But is it good though?

Ahh nice, so are your versions different, like a 1st edtion or just the same as these?? I remember seeing it on here I think and the art work alone had me wanting to buy but im too much a tigh azz to purchase rrp
12th Feb

@mixmixi has already put his deposit down on a remote tropical island and I am sailing him there on my luxury yacht
12th Feb
This feels like when I forget my couple of quid for the works lottery.

It is the same one mate. As far as I know the game had only one print and then for some unknown reason it was pulled from the market. You cannot even buy it on PSN digitally. It is unlicensed and I am not sure how 365games is selling them. Not sure if there would be any trophy support etc either.
12th Feb

Yes, I think that's why I didn't find it anything anywhere ....

I just found this

delistedgames.com/dem…ge/
12th Feb
Can anyone comment on whether the game is any good? I can’t find very much about it...
12th Feb

I honestly don’t think anybody here has played it.
12th Feb

I honestly don’t think anybody here has played it.

There's a thread on the Steam Forum which says it got pulled from sale there due to potential copyright infringement with another game. Also suggests that it's really poor in terms of features (it's quite a distance from the description of being the new 'Baldurs Gate', with a lack of character generation and development), some broken quests, and given its status, it's unlikely to ever get patched.
Edited by: "shinymcshine" 13th Feb
13th Feb

According to psnprofiles 29 people 'own' it (i.e have trophies on it). It looks like the platinum may be unattainable though as there is one trophy that no one owns. I dont know whether to keep my copy sealed or try to be the first person ever to platinum it....
link: psnprofiles.com/tro…age
Edited by: "Dowgle" 13th Feb
13th Feb
👌😁
13th Feb

Buy two - Leave one sealed for collectable purposes and open the other to play. ‌

For the most part I'm totally not a sealed collector but with the interesting story behind this one I've went the route of picking two up.

I'm looking forward to getting it so I can check out this, "Et Tu!" trophy and what exactly, "suicidal mode," is. I notice that nobody across some tracking sites seems to have, "Et Tu!" on either PS4 or Xbox One. I do see though on Steam's official achievement page people are tracked as having it; which raises the further question of is it actually glitched on consoles or is it just a very rare one to get for some reason.

EDIT: Also out of interest I done a wee bit of digging and found someone on PSN who has other trophies and through them I can see the rarities of the trophies. Apparently this potential problem one has a 1.2% unlock rate on PS4 so hopefully it isn't glitched fully. (Unless that's just cheaters unlocking it. Wonder why you don't hear about people unlocking stuff more often this gen.)
Edited by: "Vladimir" 13th Feb
13th Feb

Yeah I was telling my girlfriend about it this morning and she convinced me to buy a 2nd copy, because she said she would kill me if an unsealed copy ending up being worth millions and I only had an opened one

Well we will see if either of us can actually get the trophy. Let the race begin....
13th Feb
To be valuable and expensive in future a game has to be in high demand AND have had a reasonably low print run (e.g. Panzer Dragoon Saga) , or for the really big bucks, genuinely extremely rare (like that NES athletics game with a handful of copies or the original sealed NES Mario). I can't see this hitting either criteria, but it's an interesting novelty nonetheless. Maybe it'll peak at £50 one day.
Edited by: "Barryburton97" 13th Feb
14th Feb 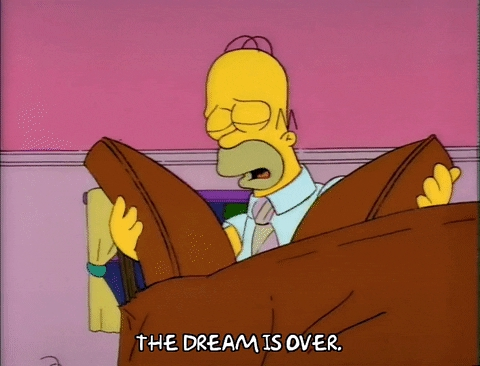 Never give up on your dreams.

I think I might buy a pallet of Demon's Age, you never know, it might turn into the defacto currency come the collapse of Western civilisation.
14th Feb

I have to say, that's my thinking on this one and it was purely for the novelty factor I've picked two up. For me though admittedly I've never really cared about value with the mind of selling stuff because I never sell things in my collection.

I do like the idea with this though that honestly it could actually be one of the rarest physical PS4 games out there due to the circumstances of its release and where only a relatively small online place has been selling them for some reason yet despite all that it really isn't worth much.

I suppose to me it's along the same kind of lines as the cancelled Fable 2 collector's edition that I had to jump through hoops to source a complete version of from the US or even to a certain degree the artbook for Fable Legends because it seems so strange to have this lovely big artbook showcasing art for a game that'l never be released.
5th Mar
£9.99 now
5th Mar

Thanks, Updated
5th Mar
I can confirm it comes re-sealed. The packaging w/o 'PS4' ribbon
6th Mar

XbiteWorld on eBay have hundreds of these. Assume they are 365games.


I wouldn't waste your time collecting this turd though, it wil only lose you money if anything.
Edited by: "Jace_Phoenix" 6th Mar
6th Mar

We are talking £9.99 and I don't buy to make profit. I am only completing my PS4 library. 365games is the only place to buy this from, no one else sells it. Xbite is just their eBay outlet.
6th Mar

Oh, i didn't look at the stock on eBay. I messaged them and they told me they had 'hundreds in stock'
Edited by: "Jace_Phoenix" 6th Mar