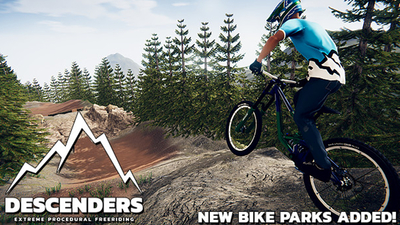 Descenders is a fast-paced extreme downhill biking game that's easy to pick up, but difficult to master.

Can I play steam games without steam?

Nah just put the kettle on

A pan of water on a unlit hob will do you fine..steam free

Must be a hot deal then, if its free!