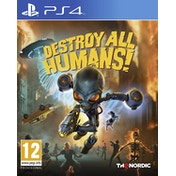 Cheers matey
28th May
Never did play the original. I wish I had beck when it came out but was caught up on other games.

I'm just doing a platinum run of the original game now, and it surprisingly holds up. But if you've never played it before i'd hold out for the remake, as it adds a bunch of new features and cut missions, plus will play a lot better.
28th May

Its on Playstation Now with a bunch of other games though, if you're interested in trying the original.
Edited by: "MrTibster" 28th May
28th May

If you have Gold the original is available the middle of next month, but I'd say it's probably worth waiting for this
28th May

Remake it is then! It should be super fun
28th May

Not got PS Now but will wait for the remake thanks

Remake it is then! It should be super fun

You can sign up for 7 days trial of PS Now

I would but
a) I’ll forget to cancel
b) I dunno if I’m that interested in it to be fair. If I want a game I buy it. Mostly physically unless it’s a digital only thing if I can help it
28th May
Free Demo out here too - hotukdeals.com/dea…d=7
28th May
Can you do co op on this?