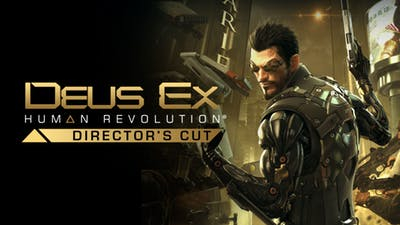 Deus Ex: Human Revolution, originally released in 2011, is a first-person shooter RPG that follows up on the cult-classic Deus Ex. The game follows Adam Jensen who now works as a specialist for one of America biggest corps. As soon as the game starts, the player will be thrown in a grim world full conspiracies, and one in which Jensen will have to break through in order to discover what happened in the firm he was supposed to defend.

You will then start exploring world hubs in which Jensen will unlock side-quests, clues to what do next and where, as well talk with people who will share some light in this new cyberpunk world. During missions, you will be able to go with raw force guns blazing, or you can instead use skills like stealth and hacking in order to keep your record tidy. In the end, it's all up to you, as Deus Ex is a game in which choices and player input matters.

The game is a prequel to the original Deus Ex so you can definitely start with it if you never played a Deus Ex game, and it also has a sequel, called Deus Ex: Mankind Divided.

This deal is a historical low according to GG.deals using the discount code Admitad5.
PostTweetShare Share with WhatsApp Share with Messenger
Community Updates
Fanatical DealsFanatical Discount Codes
New Comment Subscribe Save for later
3 Comments
13th Feb
Brilliant game, playing it right now
14th Feb
Info - You must spend over £2 to use this discount code
14th Feb
A great price one of my favourite games ever!