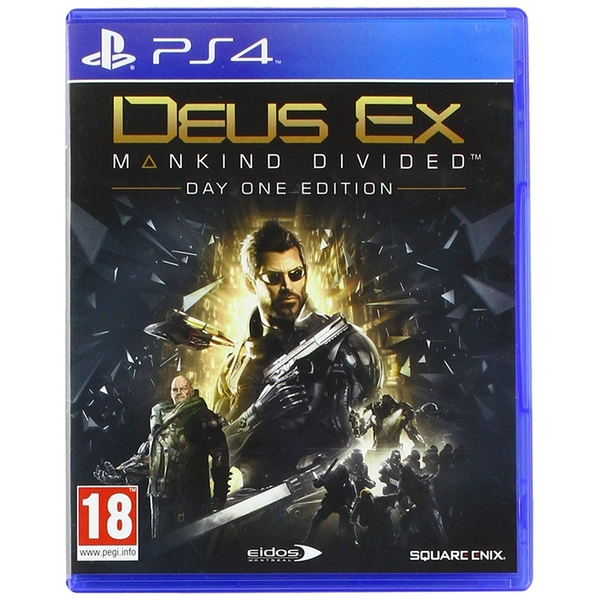 Deus Ex Mankind Divided also continues the story of Adam Jensen, a former biotech company security chief turned super-augmented, anti-terrorist agent playing by his own rules. Jensen has been empowered with all new augmentations, enabling him and the player a greater sense of self-control as they explore all new locations in-game. As social and political tensions reach a major turning point, Jensen and conspiracies surrounding the Illuminati continue toward an inevitable crossroads … and possibly, an epic showdown.

Eh? I loved it! Preferred to to Human Revolution, amazing DLC too got serious Riddick Butcher Bay vibes from it
13 Comments
30th Jan
game
30th Jan

Eh? I loved it! Preferred to to Human Revolution, amazing DLC too got serious Riddick Butcher Bay vibes from it
30th Jan

Everyone has a different cup of tea ‌
30th Jan
Mediocre game.
30th Jan
I thought this game was fantastic, heat from me. Shame there’s not a new one in the pipeline 😩
30th Jan
I loved it, if you like the Dishonored series or Prey you'll probably like this.
30th Jan
Not even worth £3.89....😁
30th Jan
Not as good as Human Revolution but still a worthy game in the series. For £3.89, this is an absolute bargain.
31st Jan
Not sure what I did wrong but ended up paying £4.10, I'll add it the the stack !
31st Jan

Oh, didn't you insert the code at checkout.?
31st Jan
I bought this a few years ago and only started playing it 3 weeks ago. I think it's absolutely amazing. The story and environment is great. I am going through a stealthy walkthrough and haven't killed anybody yet. Trying to do every side mission. I usually don't enjoy exploring during games but in this one I am checking every window/door/manhole I come across. I'm about halfway through but this could become my all time favourite PS4 game (which is currently Spider-man).
31st Jan

Oh, didn't you insert the code at checkout.?

Hi, I did but nothing changed ? Tried it several times, pasted and entered by hand. It was late though and only pennies. Did it work for You ?
31st Jan
Day one edition