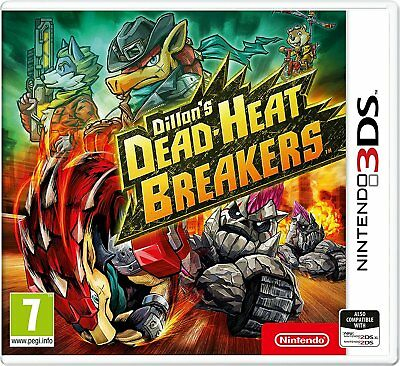 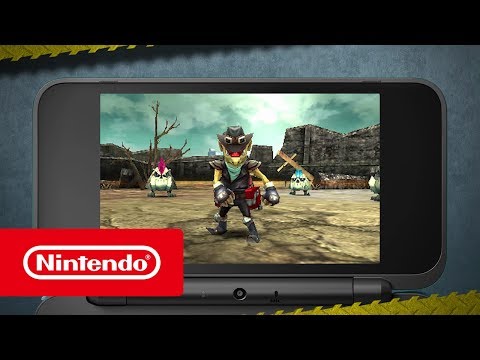 Experience life with Dillon at the post-apocalyptic frontier in Dillon’s Dead-Heat Breakers, only for Nintendo 3DS family systems! As the Red Flash himself, team up with your Amiimal and your squirrel sidekick Russ, to protect frontier villages in pulse-pounding battles where action meets tower defence.

Red alert!Long ago, a cataclysmic event devastated the world, and survivors holed themselves up in The City and outlying frontier towns. Now, an army of supercharged Grocks has crashed into town from outer space to steal their livestock – the pig-like Scrogs.

Take control of Dillon – a mercenary armadillo who can quite literally roll with the punches – and join forces with an animalised version of your Mii to assemble the ultimate weapon and drive back the invasion.

Roll out, chase down enemy Grocks and rock them in dynamic battles that take shape over multiple phases. Position your team of Amiimal gunners wisely, smash Grocks to bits in close-quarters combat, then ram any stragglers off the road in high-octane races!
City breakersWhether you’re recruiting new teammates or crafting weapons to use in battle, you’ll find everything a mercenary needs in The City. Stock up on items, make some serious cash with an honest day’s work, or kick back in minigames like the Hyper Arcade as your Amiimal!