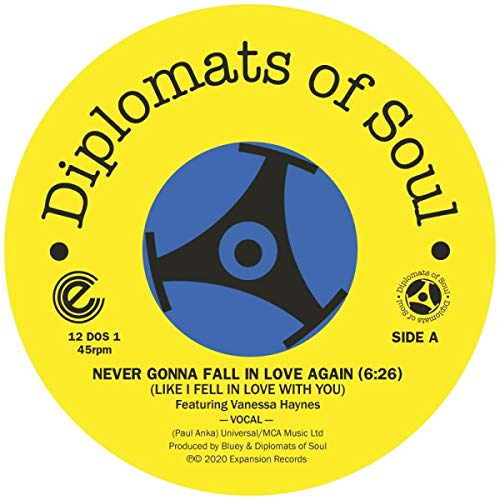 Bit niche. The original of this version came out last September and all copies soon disappeared (I got one).
Blurb: This record began as a mystery D.O.S. 12" release in September asking questions was it new, was it old? Soon the limited edition 12" was released to a handful of DJs and tastemakers, commanding £100. The record is a re-make of a Carmen Amez disco/boogie record from 1983 which itself trades for over £200. The song was originally a Paul Anka composition, but is now out again here by Diplomats Of Soul.
*Only 3 left.*
PostTweetShare Share with WhatsApp Share with Messenger
Community Updates
2 Comments
Post a comment