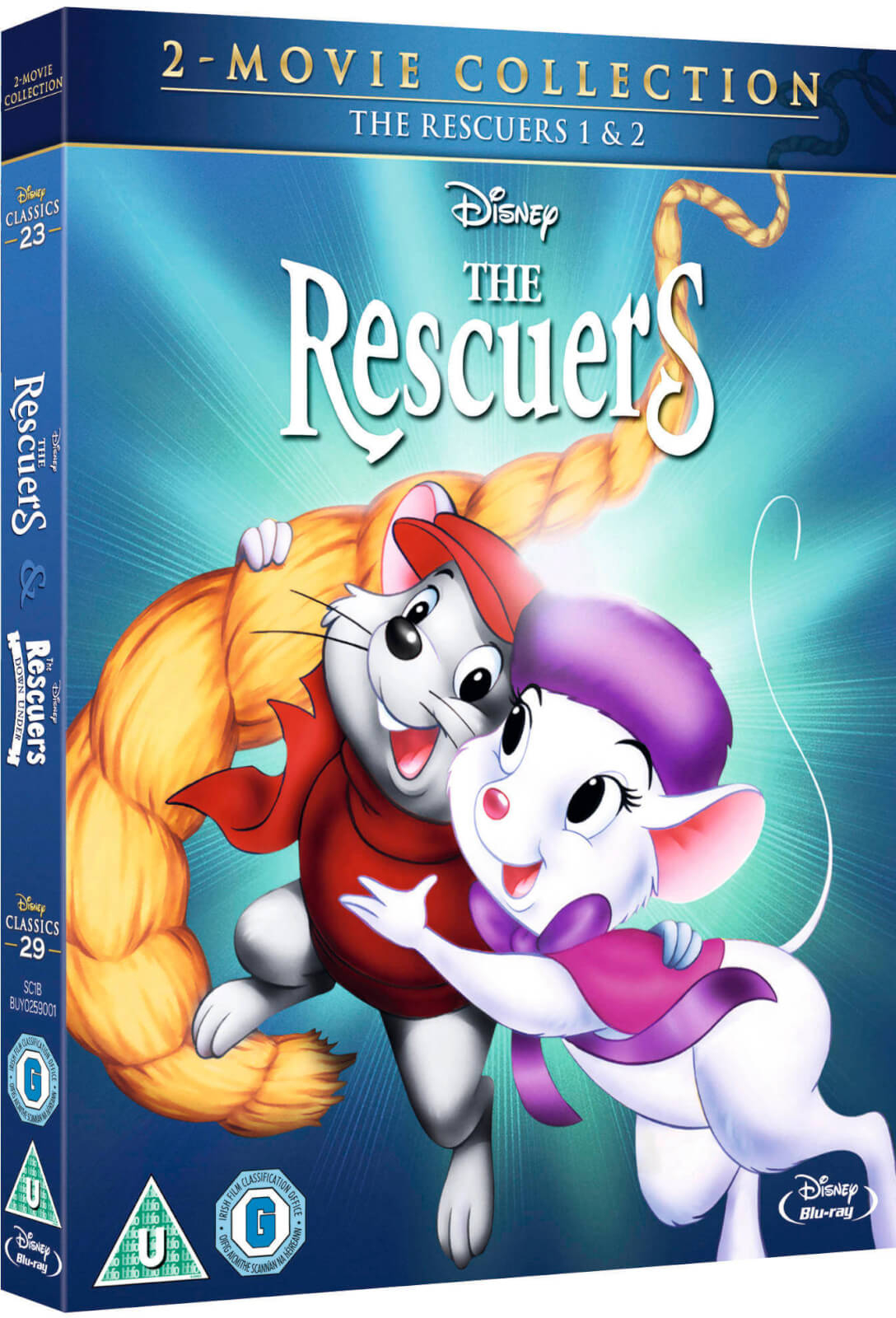 The Rescuers: From Walt Disney’s original team of legendary master animators who brought you The Jungle Book comes a thrilling adventure and timeless tale overflowing with action, suspense and extraordinary little heroes you can’t help but love! Join the shy but brave mouse Bernard and his glamorous partner Miss Bianca – two tiny heroes on a great big mission to save Penny, a young girl who has sent an urgent call for help! Taking off on the wings of the albatross Orville, together they soar to the marshy swamp of Devil’s Bayou. There,they find themselves on the riverboat hideout of the hilariously evil Madame Medusa, who wants to use Penny to steal the world’s largest diamond! With Oscar®-nominated music*, a snappy remastering, and bursting with bonus features with a multitude of surprises, The Rescuers is high-flying fun you’ll want to share with your loved ones again and again!
The Rescuers Down Under: Bernard and Bianca, the world’s bravest mice who captured your heart in The Rescuers, are back for a thrilling new rescue mission in Disney’s timeless animated Classic The Rescuers Down Under! When a call for help arises from deep in Australia’s outback, Bernard and Bianca hop on the wings of their trusty pal Wilbur and head down under. Alongside a crazy crew of local critters, including Jake, a fun-loving kangaroo mouse, the two tiny heroes rush to the aid of a young boy struggling to save a great eagle from a ruthless poacher. But with danger at every turn and Bernard struggling for a chance to declare his love to Bianca, who knows what will happen next! With breathtaking natural settings reminiscent of The Lion King, The Rescuers Down Under is an unforgettable animated treasure you’ll cherish for years to come! 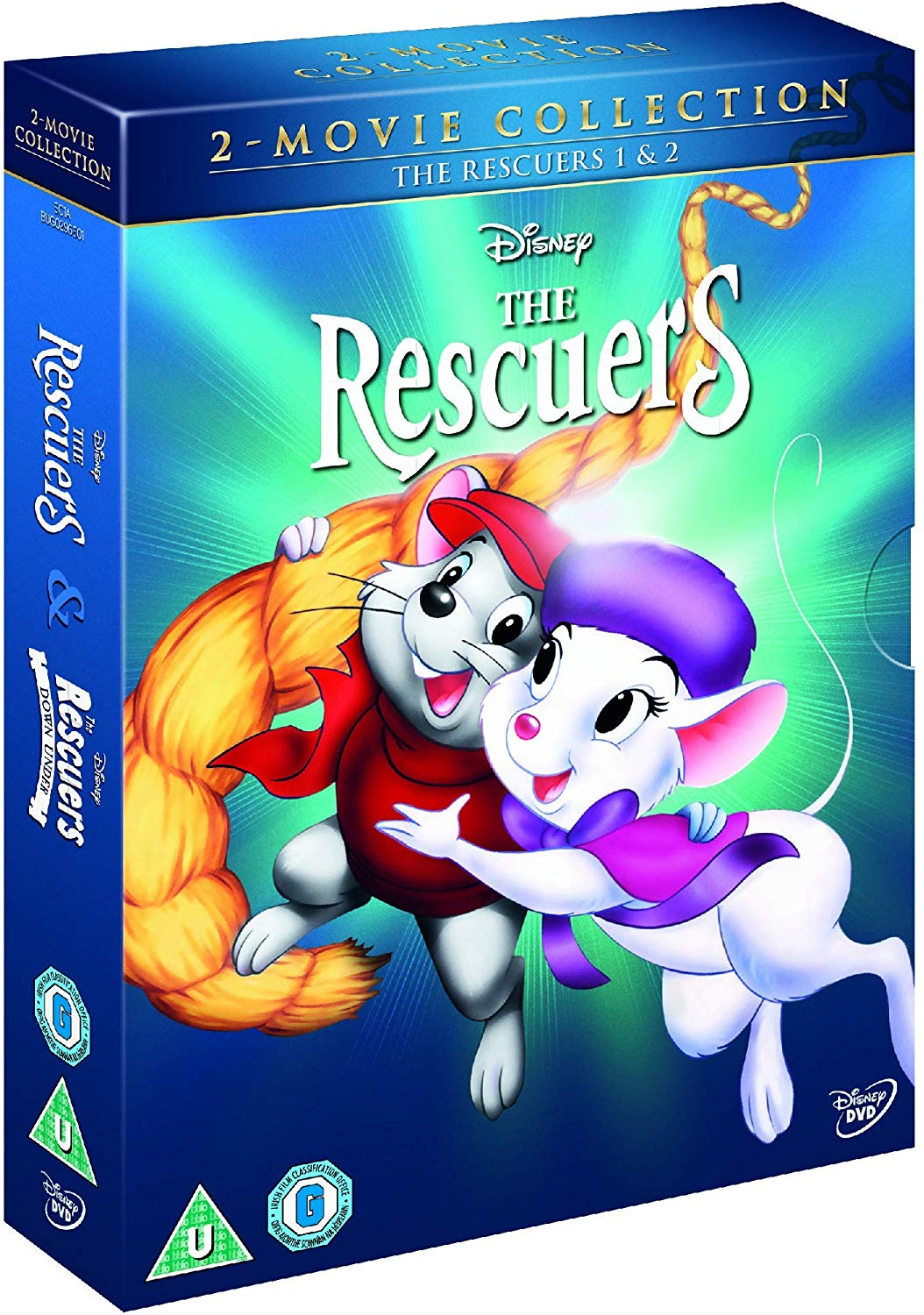 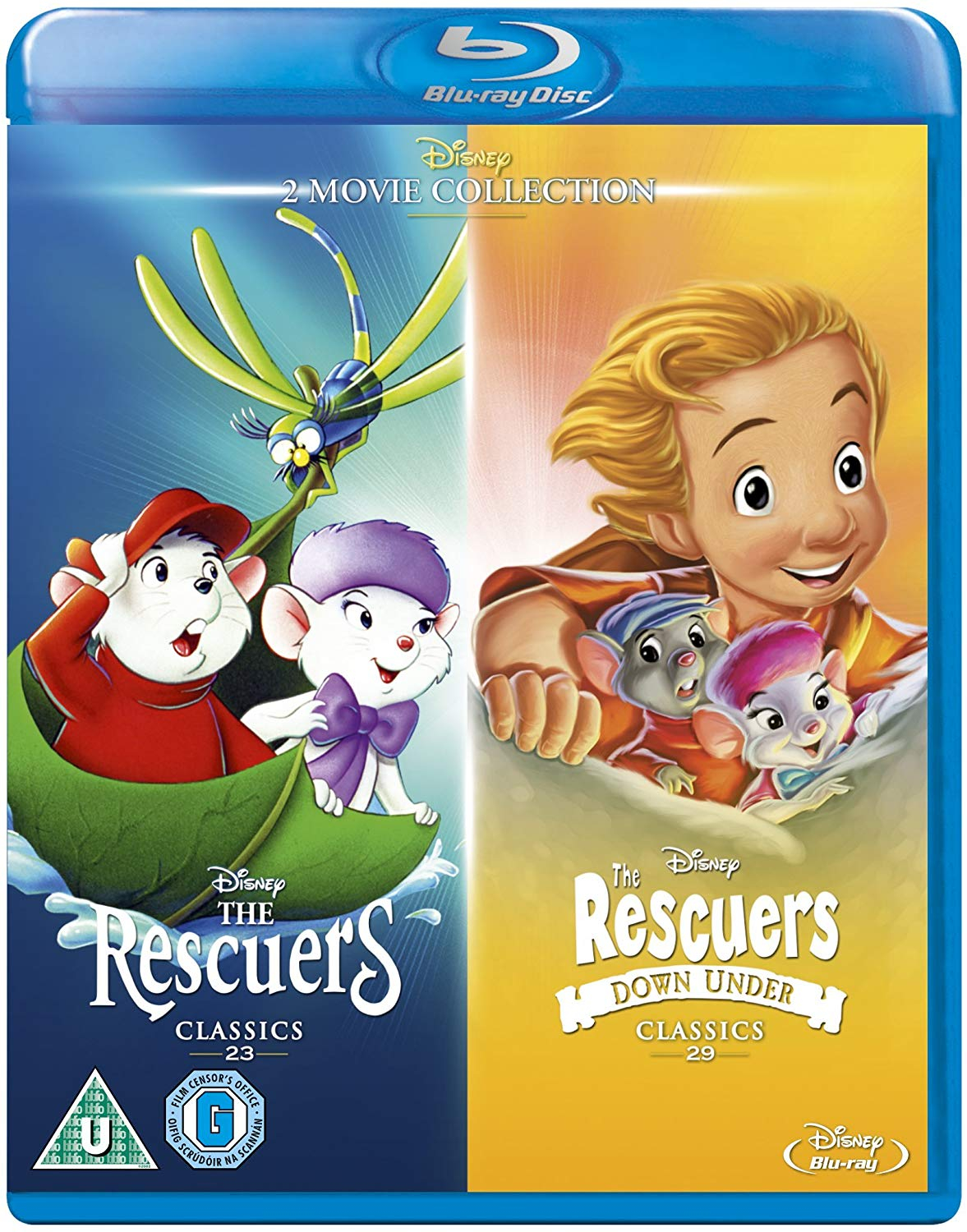 PostTweetShare Share with WhatsApp Share with Messenger
Community Updates
Hive Store DealsHive Store promotional code
New Comment Subscribe Save for later
Top comments
23rd Feb
Loved these films growing up!
11 Comments
23rd Feb
Loved these films growing up!
3rd Mar
Have been watching these again on Disney plus, the second or was criminally overlooked. Had the LP as kid
4th Mar
One of my favourite movies as a kid! Albeit it was always beaten by Free Willy. Always loved Orcas.
4th Mar
One of the most underrated Disney films. Remember seeing this in the cinema as a kid!
4th Mar
R E S C U E
Rescue aid society. Heads held high, touch the sky, you mean everything to meee.
4th Mar
Wow, this takes me back. It's probably been 20 years since I watched it last! It was always up there with Robin Hood and The Sword in the Stone as my favourite films as a kid.

I've got a day off next week for my birthday but it's forecast to rain all week. Looks like I'll be bingewatching my favourite childood films all day
4th Mar
Loved the first. Never actually got round to seeing the second one.
4th Mar
Any reason why 1 pound off a film makes it such a heated deal?
4th Mar

Any reason why 1 pound off a film makes it such a heated deal?

Disney movies are usually quite expensive, so here you're getting two good Disney films, in HD, on disk, for effectively £4.10 per film. Disney Blu Rays usually cost more than double that.

All things considered, that's a good deal - even if it's been discounted by just £1.80.
4th Mar
Love these films
5th Mar
I think I was about 8 the first time I watched one of these movies. What age do any of you think this is suitable from?