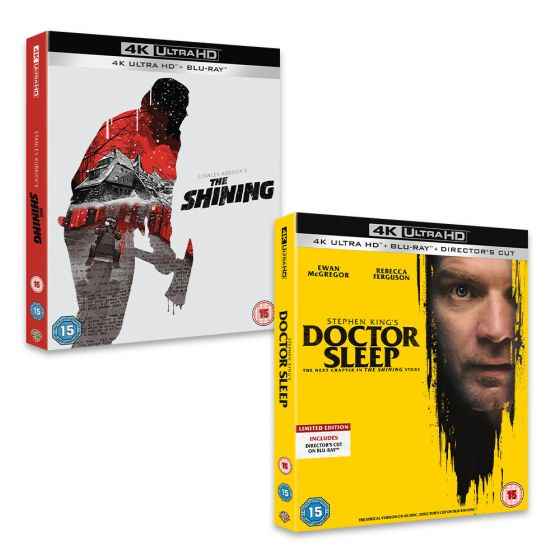 A classic horror and its sequel — only 40 years after the original film! Get the bundle of Stanley Kubrick's The Shining and its successor Dr. Sleep in both Blu-Ray and 4K Blu-Ray for £34.99, or £31.49 if you are a new user.

Plus, you'll also get an A4 theatrical poster of Dr Sleep into the bargain, only available from the WB shop. Note that this is a pre-order as Dr Sleep is not released until 9 March 2020.

The Shining
"Jack Torrance (Jack Nicholson) becomes the winter caretaker at the isolated Overlook Hotel in Colorado, hoping to cure his writer's block. He settles in along with his wife, Wendy (Shelley Duvall), and his son, Danny (Danny Lloyd), who is plagued by psychic premonitions. As Jack's writing goes nowhere and Danny's visions become more disturbing, Jack discovers the hotel's dark secrets and begins to unravel into a homicidal maniac hell-bent on terrorizing his family."

"Doctor Sleep is the continuation of Danny Torrance’s story 40 years after the terrifying events of Stephen King’s The Shining. Still irrevocably scarred by the trauma he endured as a child at the Overlook, Dan Torrance has fought to find some semblance of peace. But that peace is shattered when he encounters Abra, a courageous teenager with her own powerful extrasensory gift, known as the “shine.” Instinctively recognizing that Dan shares her power, Abra has sought him out, desperate for his help against the merciless Rose the Hat and her followers, The True Knot, who feed off the shine of innocents in their quest for immortality. Forming an unlikely alliance, Dan and Abra engage in a brutal life-or-death battle with Rose. Abra’s innocence and fearless embrace of her shine compel Dan to call upon his own powers as never before—at once facing his fears and reawakening the ghosts of the past.

For a limited time only, this item includes a Limited Edition A4 Print - exclusively at Warner Bros. Shop." 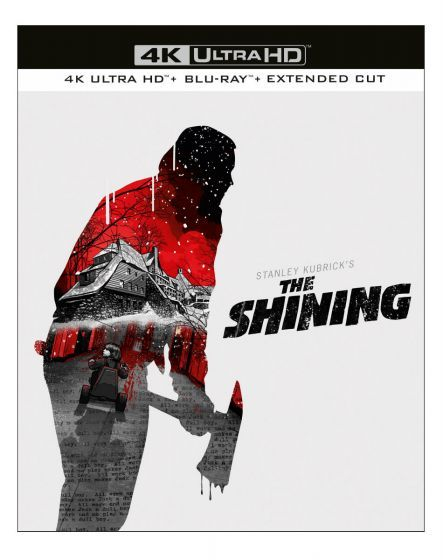 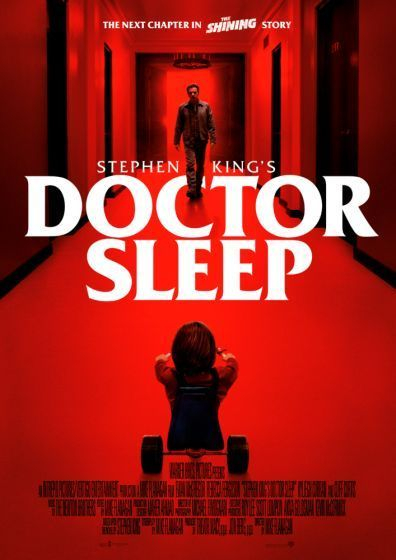 yes
25th Feb
Just need Dr Sleep to be a good price after getting The Shining for an amazing price from Amazon Italy.
25th Feb
Haven't seen Dr Sleep, but the UHD of The Shining is reference quality stuff, looks amazing.
26th Feb
Fantastic price! Was going to buy Doctor Sleep anyway and The Shining was a bit much but now its much cheaper!
26th Feb

Is that for the director's cut of doctor sleep? Because that is a limited edition bluray bonus disc.
6th Mar
Received The Shining 4K today so Doctor Sleep 4K should be here shortly.
8th Mar
Shining arrived Friday and Doctor Sleep on Saturday but no poster. Anyone else in the same boat?
8th Mar

Exactly the same here. I'd imagine either
A - they ran out
B - its coming separately
13th Mar
A4 Print arrived today, very nice too in a presentation folder.